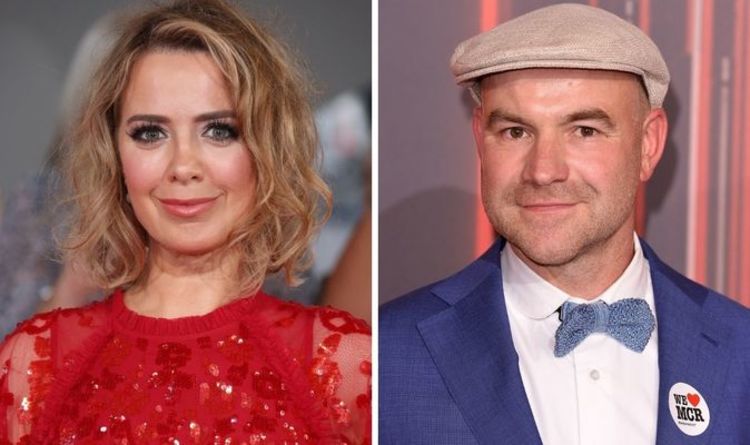 As they both star in the iconic ITV soap opera, Sally Carmen, who played Abi Franklin, revealed why she hates sharing a screen with her real fiancé Joe Duttine who plays Tim Metcalfe. With the soon-to-be-married Coronation Street duo, there’s a heartwarming reason behind his statement.

In a recent interview with the Daily Star, Sally confessed, “I hate working with [Joe].

“He’s a rotten man to work with because he makes me laugh to the point where I have this sweaty feeling because I can’t seem to pull myself together,” she added.

The actress confessed, “It’s painful, I’m going to grit my teeth and I’m going to say ‘Stop it!’, And he’ll say ‘I’m not doing anything.’ If I never have a scene with him again, I be okay with that, ” Carman shared.

Although the lovebirds share a life away from the show, Sally revealed that she doesn’t want more scenes together, “I don’t work with him a lot and I really don’t want to work with him.”

Joe and Sally first met while working on Coronation Street in 2018 and after they hit it off, the couple announced their engagement in 2020.

While on screen with her future husband, she shared, “It’s because he makes me laugh, it’s horrible.

“He’s the funniest man I’ve ever met, to the point where I’m sweating and everyone’s like ‘ugh, can you go on?’ she continued.

The couple were due to walk down the aisle this year, but have postponed their wedding due to the Covid -19 pandemic.

Unlike Sally who joined the soap opera in 2017, her fiancé Joe landed the role of Tim Metcalfe in 2014.

He was introduced as the estranged father of Faye (Ellie Leach) who regretted leaving her with her addicted mother.

Their reunion didn’t go well with Faye’s relatives initially, but after she moved into Coronation Street, everyone started to get along.

While her story focuses on her relationship with her daughter, she also entered her illegal marriage to Sally (Sally Dynevor).

Despite her character getting married, viewers can expect a ton of Coronation Street stars to be in attendance when Sally and Joe get married next year.

Elsewhere in the interview, the actress gave fans a hint about upcoming episodes by stating that there might be something you’ve never seen before from Coronation Street that could rival the crash of tram.

Fans will have to stay tuned to Coronation Street to see what could be more shocking than the streetcar crash and to see if Joe and Sally will be onscreen again.

‘Little balls of pure joy’: why the superb troglodyte won our bird of the…