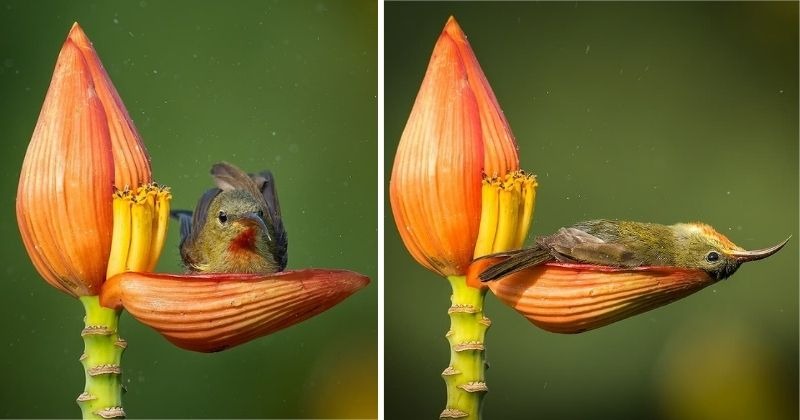 Cameras have evolved considerably over the past decade. If you were born in the 90s, you can understand the transition that cameras have gone through in recent years – what was once considered impractical on a giant camera can now be achieved on your smartphone – and this story of a Crimson songbird testifies to this.

While the traditional camera industry may struggle to keep pace with smartphone cameras, the work of an Indian photographer shines a light on the wonders of the world that incisive photography is capable of capturing..

Read also: 16-year-old Pune teenager captured Jupiter and Saturn on his camera: he shares with us how he did it

Rahul Singh from Jalpaiguri, West Bengal, India captured an astonishing moment in August 2020 when he saw a crimson bird bathing in a flower petal that was melting from the weight of the water. The banana flower petal had been filled with drizzle since the wee hours of the morning.

According to The Dodo, Singh saw the 4-inch-long songbird sucking nectar from the flower before deciding to take a bath.

Singh was on hand to take photos of birds feeding on banana nectar and didn’t expect to witness nature’s weird ways when he went to take the photos that day.. 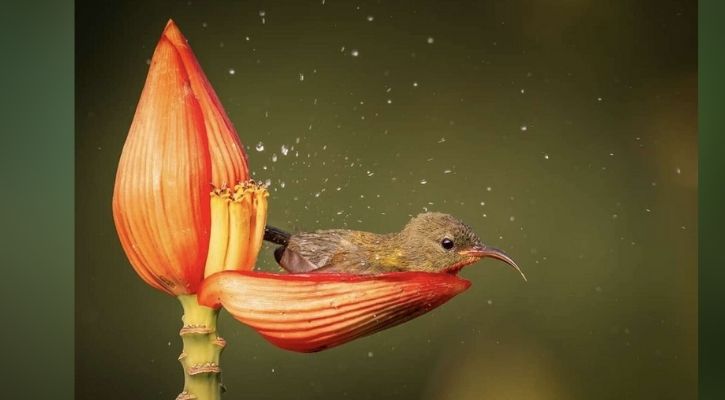 Read also : Hummingbirds have a super power: they can sense danger like no other bird species.

“I was literally stunned,” Singh told The Dodo, adding that he hadn’t stopped taking photos when he saw the songbird bathing in the flower’s petal. To share his joy with the world, Singh shared the beautiful images on Instagram.

In his caption, he mentioned that the images were taken on a Nikon D7100, which is a common digital SLR camera used by professional photographers. And while this photo of a songbird bathing inside a flower petal is a testimonial from the photographer, we must not forget the role digital cameras play in capturing amazing images better and better. of nature.

The history of cameras

The world’s first camera can be dated to 1021, known as “Camera Obscura”. While taking such detailed pictures of birds may not have been a success with these cameras, today’s DSLRs and smartphones can capture beautiful images. 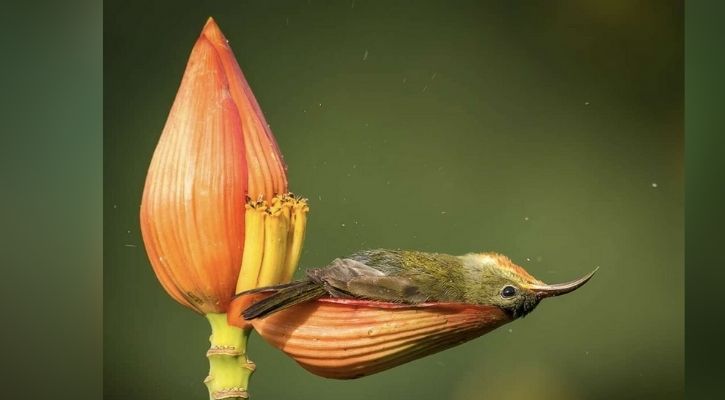 It wasn’t until 1826 that the world’s first photograph was clicked. Soon after, Kodak sold its first commercial camera. In fact, the first professional digital camera was not introduced until 1991.

Wait … The first camera phone only came out 21 years ago – in 2000. Do you think such a stunning photograph would be possible without advancements in camera technology? Let us know in the comments. For the latest science and technology news and ideas, keep reading Indiatimes.com.