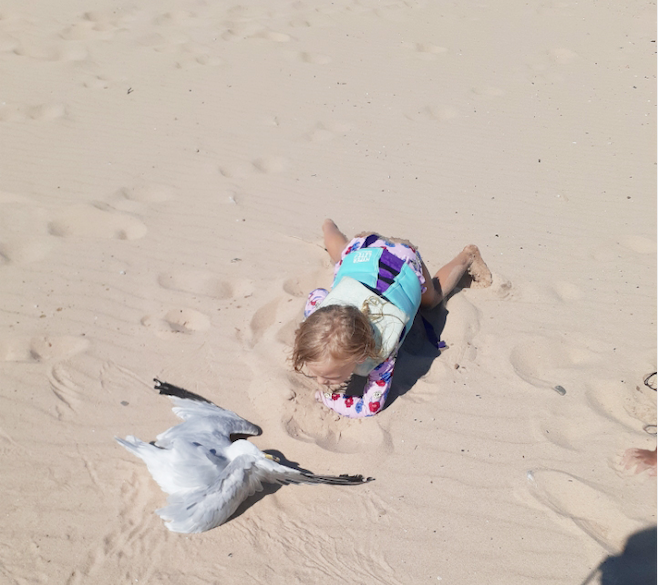 MANISTEE – Some may call them rats with wings, but some at a beach in Manistee were spurred into action when they spotted a herring gull, commonly known as seagulls, in need of help last week.

Manistee resident Donna Melzer said she had been to Fifth Avenue Beach on July 27 for one of his recurring themed summer get-togethers with his grandchildren and their grandmothers when one of the grandchildren spotted a bird in distress.

“We were just at the beach and my grandson came running over and he said, ‘Gram, there’s a seagull here with a broken wing! ‘” Melzer said. “The wing was just all armed really funny, that’s why he was saying that.”


But then Melzer, his friends and family weren’t sure who to call to help the bird.

But the grandchildren worried about the plight of the bird. Melzer and his family love the outdoors and watch the TV show “North Woods Law” with passion, which is about Maine’s game wardens.

She even checked with the Lake Gulls Concession and Rentals at Fifth Avenue Beach to see if they had any ideas or anything to help the bird. Coincidentally, the concession stand uses a seagull in its brand marketing.

Eventually, Melzer called the Manistee City Police Department and she said the dispatch said they would call a conservation officer from the Department of Natural Resources to retrieve the bird from the beach.

Then the children went to work collecting driftwood from the beach to mark a circle around where the bird was, which made it easier for the officer to find the injured seagull.

Melzer recalled that once the officer arrived, they put on gloves, crouched down, and scooped the bird up to safety.

“It all makes me laugh a little bit because you know what people say about seagulls, but you know when you have kids saying ‘Buddy’s hurt!’ (you have to do something),” Melzer said.

The bird’s condition could not be confirmed Friday afternoon. Anyone with a similar situation of an injured wild animal is encouraged to call the Department of Natural Resources at 231-775-9727, or the department’s after-hours number at 517-284-6000.