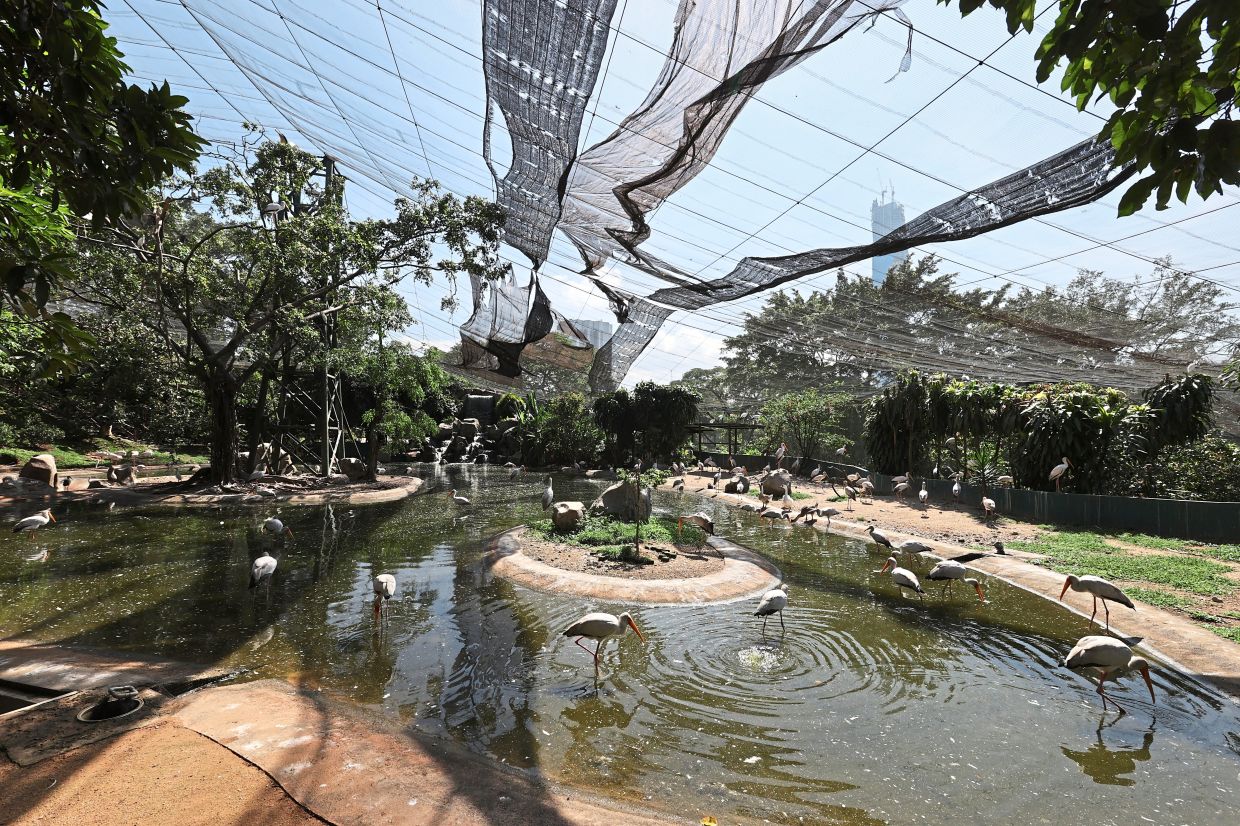 KL Bird Park is ready to take off again

Billed as the largest walk-in aviary in the world, it was designed to give visitors the opportunity to observe birds up close, in a semi-natural environment.

The park was officially opened on February 10, 1991 and first managed by the Kuala Lumpur City Hall (DBKL).

â€œSafari Bird Park and Wonderland Sdn Bhd took over its management in 2000, and operates both KL Bird Park and Hornbill Restaurant and Cafe,â€ said Taufik Mohd Sharif, director of marketing and promotions for the company, adding that DBKL was still the landowner.

The park is divided into four zones and has over 3,000 birds comprising 200 local and foreign species.

Highlights include Hornbill Park which is home to the great hornbill, the Asian black hornbill and the Sarawak state bird, the rhinoceros hornbill; Free Flying Bird Zone where storks, egrets, ibises and peacocks mingle freely; as well as World Of Parrots where visitors can see these colorful creatures up close.

The education center and bird school were added to the three-decade-old park later. They allow visitors to learn more about Malaysian birds and their life cycle (and see hatches live if they’re lucky) as well as understand the relationship between birds and humans.

â€œWe have a curator and a veterinarian on site who work together to manage and care for the birds,â€ Taufik said.

â€œThe curator manages and takes an inventory of the birds. His duty includes daily checks to monitor their number and condition.

â€œThe vet takes care of the health of the birds. Some birds are tagged to monitor their health and other concerns. “ 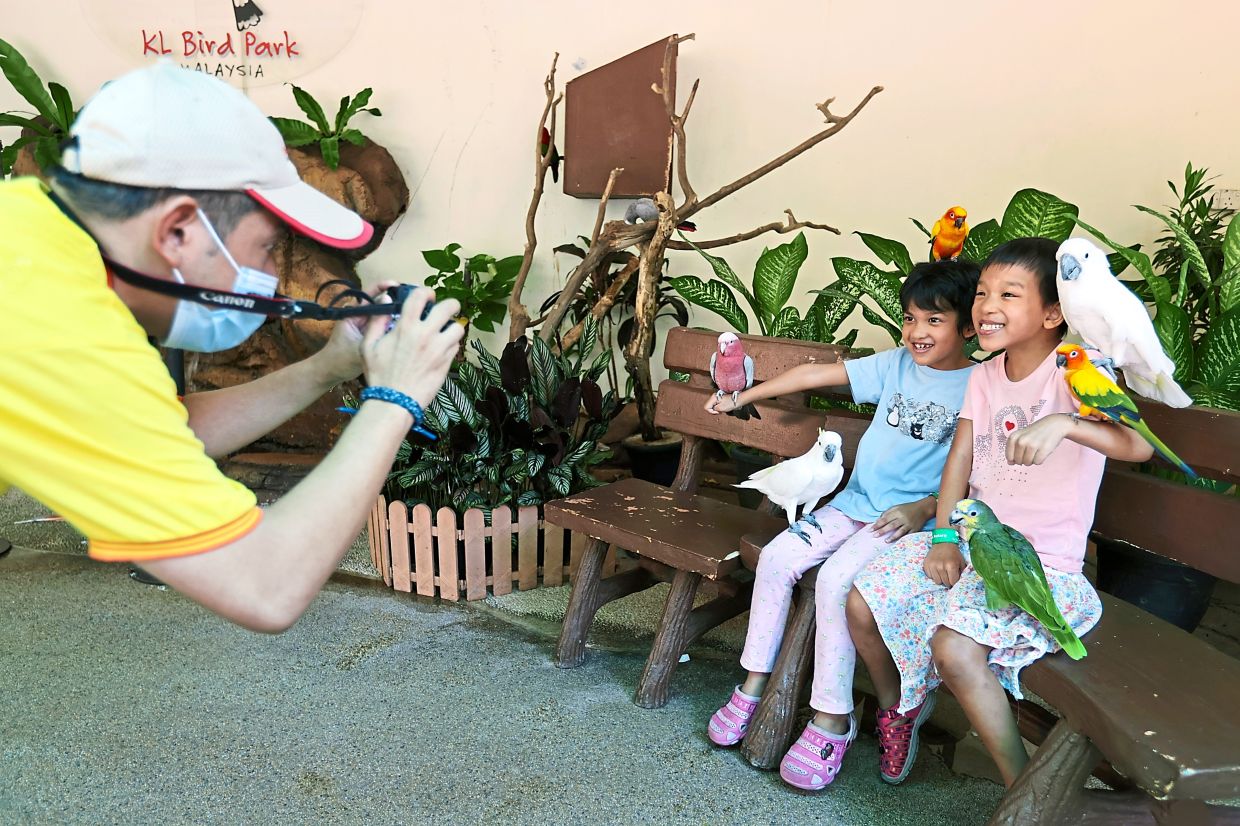 Capture memorable moments at KL Bird Park by snapping photos with some of the most colorful parrots, cockatoos, conures and macaws at a dedicated booth.

In the rare event that a bird escapes the park, he said employees will be dispatched to find and catch it.

â€œBefore the Covid-19 pandemic, visitors to the park included 70% foreigners and 30% locals, most of whom reside outside of the Klang Valley.

“When interstate travel was authorized during the recovery movement control order last year, the ratio of local visitors from Klang Valley and other states was around 50:50” , he added.

Taufik said the Covid-19 pandemic and the drop in the number of tourists had impacted the costs of operating the bird park.

â€œHer income comes from the sale of tickets, souvenirs and food and drink kiosks. The restaurant is run as a separate business. 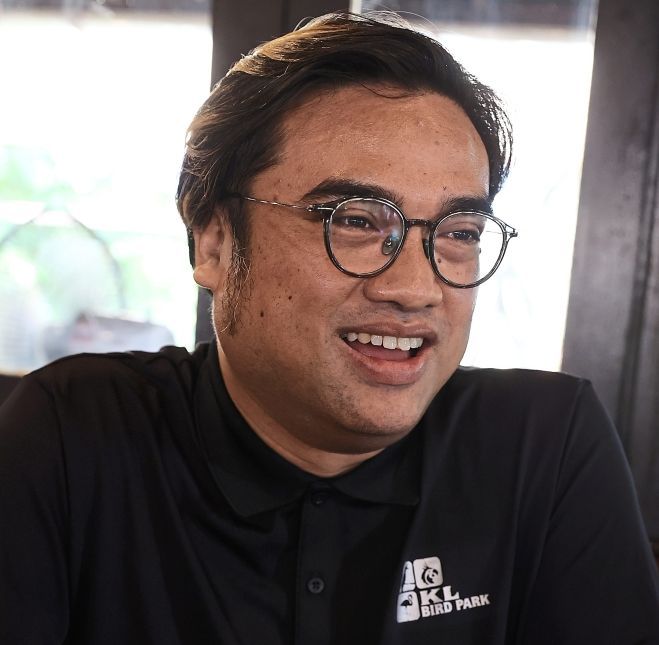 The pandemic and the decline in tourists have had an impact on the park’s operating costs, Taufik explains.

â€œWhen it comes to visitors, we’re only getting half the number compared to the days before Covid-19.

“To solve this problem, management had to reduce the use of non-essential operations, such as shutting down air conditioners in the education center (during periods of restricted movement when no visitors were allowed),” he said, adding that the park has also had to cut part-time and contract staff.

The park reopened on September 10 when restrictions were lifted after Kuala Lumpur moved to phase two of the national stimulus package.

â€œWe invite the public to visit and support local tourism. But they must be responsible tourists.

â€œPeople tend to forget about physical distance when taking pictures or watching the bird show.

“They are also not allowed to take anything out of the park for hygienic reasons, even if they find a feather fallen on the ground,” he said. 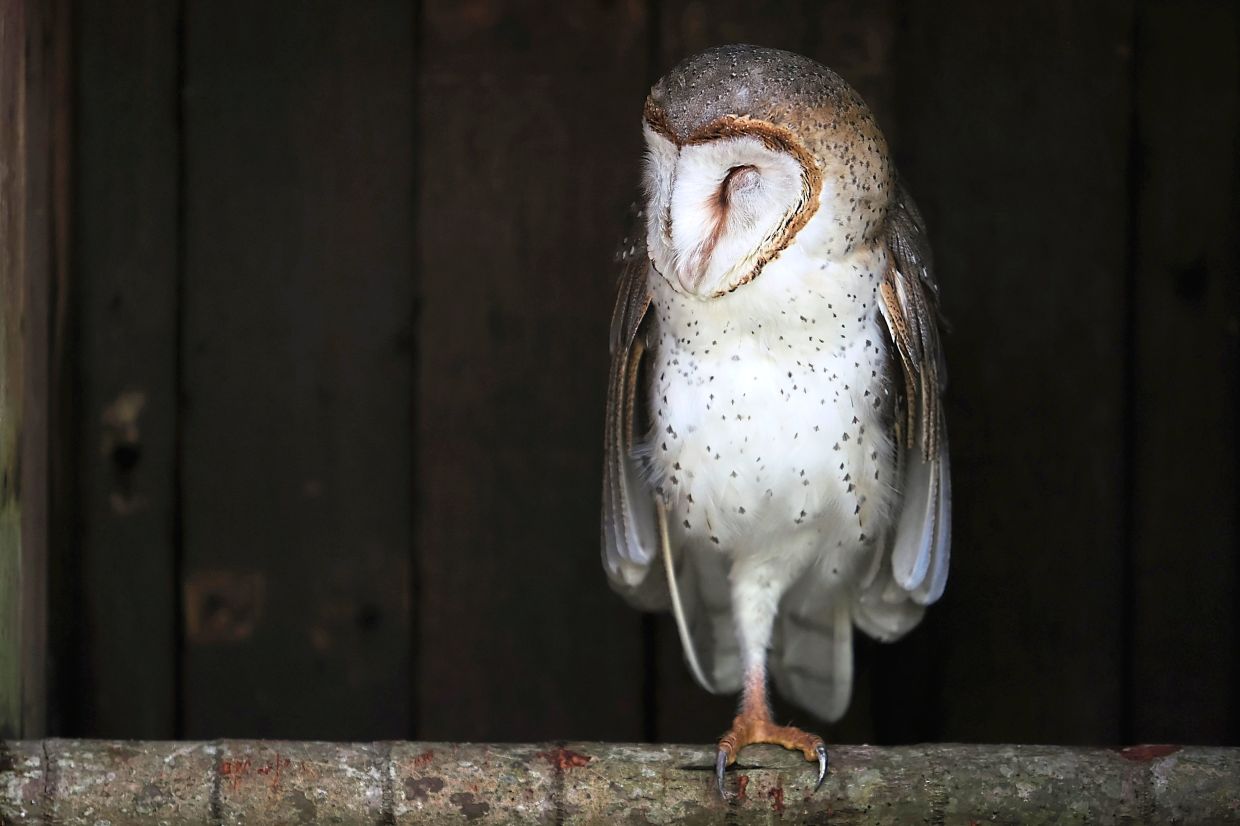 There are several species of owls in the KL Bird Park, although these nocturnal creatures likely sleep during the day.

He pointed out that the ticket purchasing process has been made as transparent as possible to reduce congestion.

Lana Ishika Shashinathan and her family were among those who had a fun day at the park on a weekday when it was open in March.

â€œI liked the parrots because they can talk! I hope I have an orange parrot as a pet, â€the five-year-old said. Her parents, Shashinathan Selvanathan, 41, and Shivani Vijayakumar, 36, said the outing was a reward for Lana Ishika for her good performance in kindergarten.

â€œWe gave her the opportunity to explore other attractions and she chose the bird park because of her fascination with nature.

â€œThis is the first time we’ve been here and we never realized it was so big,â€ Shashinathan said, adding that they were impressed with the attraction and how clean it was.

Some of the activities that park visitors can attend are the bird feeding sessions held in various areas as well as the bird show at the amphitheater. Storks, egrets and ibis eagerly await their meal at mealtime.

These take place at specific times, so visitors wishing to attend the sessions are advised to plan their visits accordingly.

A full-day photoshoot with some of the most colorful parrots, cockatoos, conures and macaws is also available in a dedicated photo booth.

The entire site is accessible to wheelchairs and strollers, with the exception of its amphitheater.

Entrance to the park is restricted to people who have been fully vaccinated and have a low risk status. Children are allowed in if accompanied by fully immunized parents.

The admission fee for Malaysians with MyKad is RM 25 per adult and RM 12 per child / senior. Entrance is free for people with disabilities.

Entrance to the park, when it is allowed to open, is restricted to fully vaccinated people.

* KL Bird Park is temporarily closed as part of phase two of the national recovery plan, in accordance with directives from the National Security Council. For more details, visit www.klbirdpark.com.