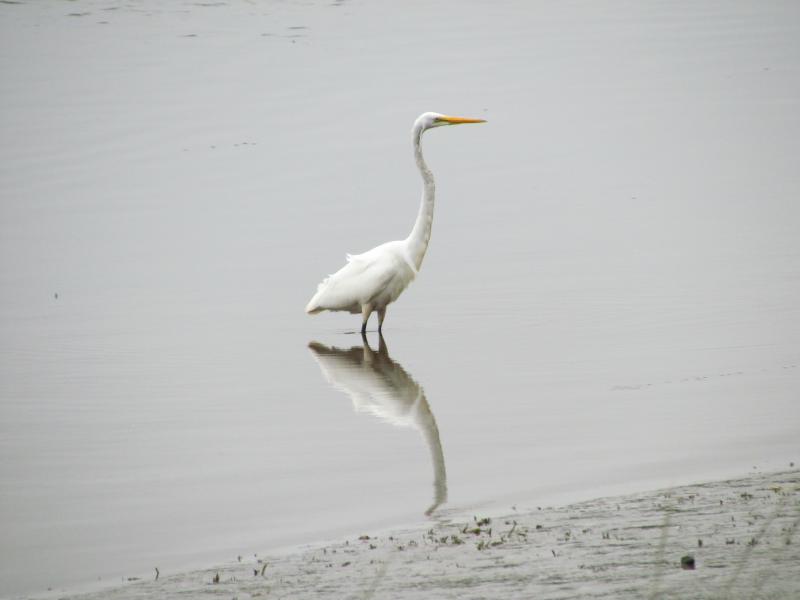 Birds are among the most popular and beloved wild animals. Of course, moose are majestic. Deer are popular with different groups of people for different reasons. Some people find foxes beautiful (or at least cute kittens). Some people love skunks – one of our good friends and colleagues at Cornell once raised an orphan. In general, insects are not going to rank at the top of the category of favorite critters (well… maybe butterflies). What about spiders? For most people, you can just say “mouse” or “snake” and watch them run.

Birds, on the other hand, undeniably fascinate the vast majority of people. There are good reasons there are enough bird enthusiasts in the United States alone to support a multi-billion dollar birdseed and bird feeder industry. Studies by the US government have found that there are 40 million to 50 million people in the United States who report birding either in their backyard or in other places. For proof, take a stroll through the average suburban neighborhood and count how many homes have bird feeders, nesting boxes, or birdbaths. You will be amazed at how widespread they are.

Of course, we have our own informal gauge of how many people are interested in birds. At every gathering where people know we know something about birds, we are littered with questions about them. Concrete example: the chronicle of last week. In fact, even as we work on this article, we just answered a question from a reader of this column!

Why are birds so popular?

Here are the top five reasons why we think birds are so intrigued.

5) Birds do interesting things
Billions of birds do one of the most breathtaking things on the planet – they travel thousands of miles each fall and spring on migration, which in itself is astounding. But they also return to the same places across the hemisphere year after year! Some birds have elaborate, even bizarre (to us) courtship displays – the drumming of the ruffed grouse, the sky dance of the woodcock, or the elaborate and breathtaking arbors of the winter bird (Google il sometimes!). They build nests – have you ever stopped to take a close look at these miraculous little cups on a midwinter walk when you see an old nest in a bare bush? We bet you have! Birds are so interesting that bird watchers have barely scratched the surface of bird behavior.

4) birds are colorful
We humans love bright colors, especially the colorful, vibrant plumage of birds. Few people are oblivious to the sight of a bright red male cardinal, especially since we see them in Maine against the pristine white of a snow-capped landscape. Bright orange Baltimore orioles, deep blue indigo buntings, and all the yellows, oranges, reds and blues of the warblers are a constant feast for the eyes. No wonder so many birds are named after their colors: blue jay, indigo sparrow, yellow warbler, cerulean warbler, for example.

3) Birds make beautiful sounds
Just as we appreciate their colors, we humans rejoice in our enjoyment of the songs and calls of birds. Some are recognizable by just about everyone: the cry of a seagull, the echoing yodeling of a loon, the cooing of a pigeon, the hoarse “croak” of a crow, the loud “cheer-cheer- acclamation ”from the cardinal. Some bird songs provide the background sound of summer even if a person does not know the identity of the singer. The whistle “Old Sam Peabody, Peabody, Peabody” is a familiar song across much of Maine, though many don’t know the singer is a white-throated sparrow.

3) Birds are easy to see
Of course, there are some birds that this is not true for, but most are visible to the naked eye, if you are careful. Everyone, it seems, knows and loves great blue herons (see our recent column. Ditto for egrets, eagles, hawks and gulls (OK, but gulls are at least recognized!). smaller birds do not particularly try to hide their presence and in fact live easily among people – blackbirds, pigeons, turtledoves, song sparrows, chickadees, starlings. Others obligingly come to bird feeders where we can see them. easily, including even birds like woodpeckers and finches

1) Birds are everywhere!
New York City Center. suburb of Dallas. Rural farmland in the county. Even thousands of kilometers offshore, birds live there. They live all over the world. You can look out the window of any building large, small, large or small, and you will be able to see birds. That’s because there are so many species of birds – 450+ in Maine, 950+ in the United States, 10,000+ in the world – and just like the places they live, each is different. one from the other.

If only we had more space. Our list has only just begun!

Jeffrey V. Wells, Ph.D., is a fellow of the Cornell Lab of Ornithology and vice president of boreal conservation for National Audubon. Dr Wells is one of the country’s leading bird experts and conservation biologists and author of the “Bird watchers conservation manual. Her grandfather, the late John Chase, was a columnist for the Boothbay Register for many years. Allison Childs Wells, formerly of the Cornell Lab of Ornithology, is Senior Director of the Natural Resources Council of Maine, a nonprofit working in statewide to protect the nature of Maine. Both are widely published natural history writers and are the authors of the popular books “Maine’s Favorite Birds” (Tilbury House) and “Birds of Aruba, Bonaire, and Curaçao: A Site and Field Guide ”(Cornell University Press).