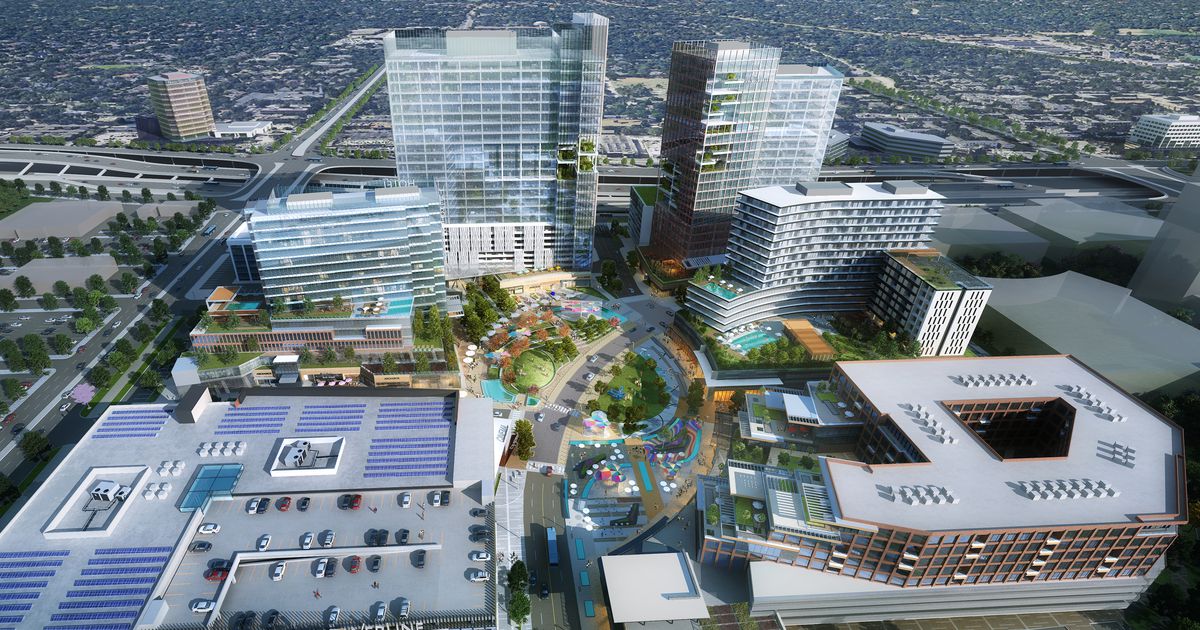 More than three years after the project was officially launched, one of the largest owners of the Valley View mall site in North Dallas hopes to sell the property.

Seritage Growth Properties had planned to build a high-rise mixed-use development on part of the former mall site near the northwest corner of the LBJ Freeway and Preston Road.

In 2019, Seritage and Dallas developer KDC held a kick-off ceremony to begin construction on the project, which was to have up to 2 million square feet of office, retail and residential construction.

But the development never took off.

Seritage now hopes to sell the nearly 17-acre property, which was once the site of the mall’s Sears department store.

KDC is no longer involved in the deal.

“Vista Commons offers a generational opportunity to acquire a fully licensed, high-density master plan, with flexible densities for residential, office, retail, and hospitality uses,” according to JLL’s marketing pitch. “As Dallas continues to attract international audiences and business connections, Vista Commons offers the unique opportunity for businesses and top talent to cultivate a community that inspires growth and innovation.”

JLL describes the property as “shovel-ready” and with easy access to both the LBJ Freeway and the nearby North Dallas Turnpike.

Seritage – which was created following the bankruptcy of Sears – recently announced its intention to sell much of the real estate inherited from the bankrupt department store chain. The company owns more than 100 properties across the country, including the North Dallas property.

“The Special Committee, the Board of Directors and the management team all believe that, given the diversified nature of our portfolio, pursuing multiple transactions with different potential buyers of assets or groups of assets may present the best opportunity to maximize shareholder value,” said Andrea, CEO of Seritage. Olshan said in a statement. “We are confident that the implementation of the sales plan will create a more competitive sales process and best position us to maximize shareholder value as we continue our strategic review.”

Seritage’s decision to sell the Valley View land is just the latest setback in a nearly decade-long effort to redevelop the strategically located mall site.

While redevelopment plans have progressed at the Red Bird Mall in Southwest Dallas and the Collin Creek Mall site in Plano, major Valley View projects have mostly stalled.

Most of the once popular regional mall, built from the 1970s, has been demolished. Valley View’s last department store closed nearly a decade ago.

The mall site is controlled by several owners who have worked on separate redevelopment plans for their properties.

Besides Seritage, other sections of the former mall property are owned by Dallas-based Beck Ventures and Minnesota-based LTF Real Estate.

City leaders are still holding out hope for the project, which is one of the largest segments of a 440-acre redevelopment that was recently renamed the International District.

The city has funded infrastructure improvements and a new park to be built as part of the project, which stretches between Dallas Galleria and Preston Road.