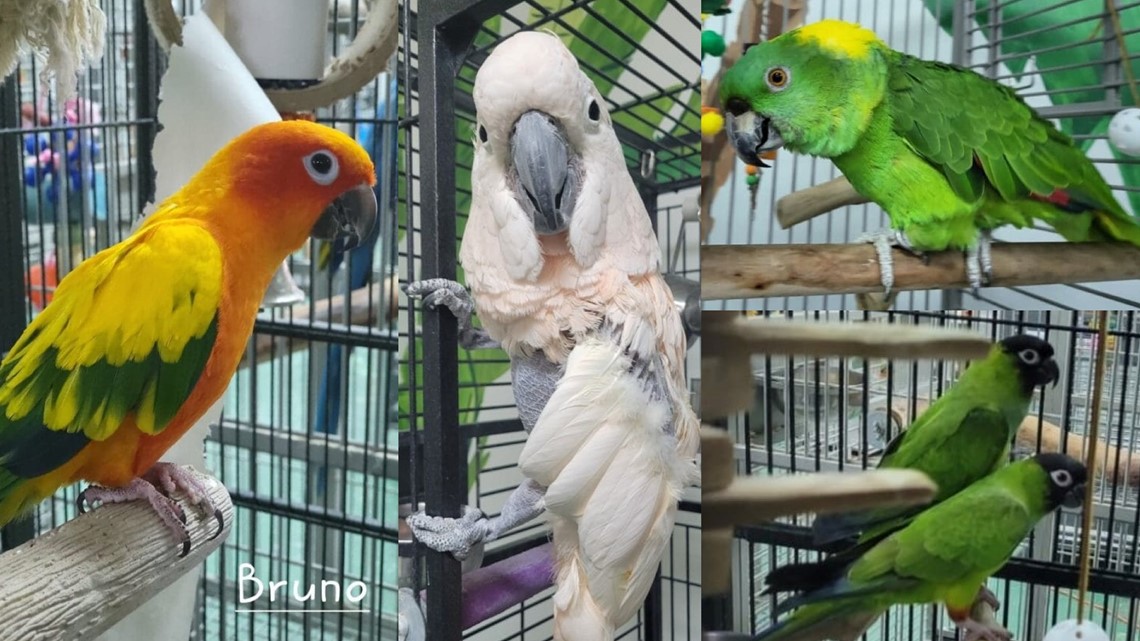 A $20,000 reward is offered for information leading to the return of the birds.

PUNTA GORDA, Fla. — Police are asking for help in locating 28 birds that were stolen from a parrot rescue organization in Punta Gorda.

The birds were captured in the early morning hours of September 13 at the Parrot Outreach Society of Charlotte County, according to the Punta Gorda Police Department.

A $20,000 reward — an increase of $10,000 since Tuesday — is being offered for information leading to the animals’ return. Anyone with information is asked to contact Southwest Florida Crime Stoppers by calling 1-800-780-8477 or submitting a tip online.

Police are also asking bird dealers to be on the lookout for anyone who might be selling the stolen birds.

A criminal investigation is underway.

The Parrot Outreach Society shared a video posted by Zeb Ernest, who runs the TikTok account blueplanetpets. In the video, which has over 20,000 views, Ernest says he thinks the birds could end up being sold in other states.

The Parrot Outreach Society is a nonprofit organization that runs an outreach and placement program for parrots that are “abandoned, abused, or in need of homes for any reason,” the organization’s website says.