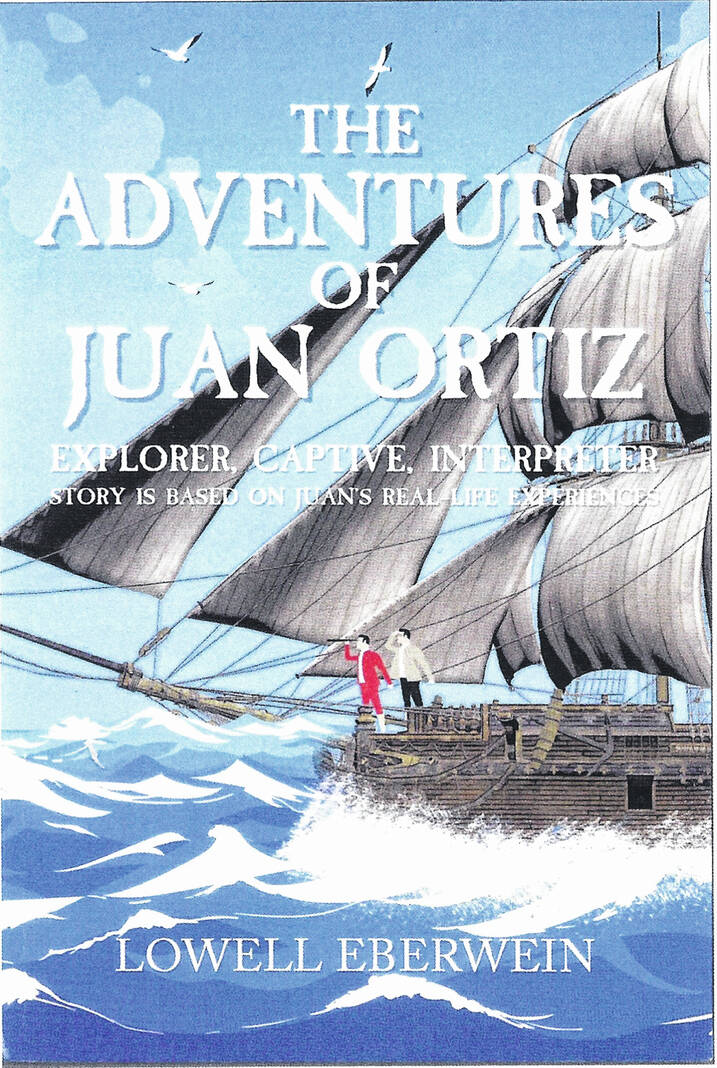 A native of Darke Co. releases a new book

According to a recent review, “‘The Adventures of Juan Ortiz: Explorer, Captive, Interpreter’ is a gripping story of life in a strange new world.” Eberwein is a devoted husband, father and grandfather who was an elementary school teacher and principal for eight years and a college professor for 30 years.

Eberwein shares, “The Adventures of Juan Ortiz: Explorer, Captive, Interpreter is the gripping story of a 15-year-old nobleman who left Seville, Spain to explore the New World. This gripping story is based on Juan’s real-life experiences. He left Spain to seek excitement and unexpectedly found more than he bargained for.

During his travels, Juan experienced life as an explorer on a Spanish galleon crossing the Atlantic Ocean. He was later taken prisoner by a Calusa Indian village in southwest Florida, then lived with another village for nine years. Juan was later found by Hernando de Soto and served as his interpreter, translating the Indian languages ​​into Spanish.

Readers of The Adventures of Juan Ortiz will be enthralled by the fast-paced action as Juan transforms from a spoiled nobleman into a compassionate explorer who is torn between two cultures and must ultimately decide how to use the skills he has learned to do what which is fair to the people he has learned to respect.

The book is published by Christian Faith Publishing

Eberwein balances historical information with engaging fiction to bring Juan Ortiz to life in the pages of this gripping tome.

Consumers can purchase “The Adventures of Juan Ortiz: Explorer, Captive, Interpreter” at traditional bookstores, or online at Amazon.com, Apple iTunes Store or Barnes and Noble.

Birds of a Feather Flock Together – The Advocate-Messenger