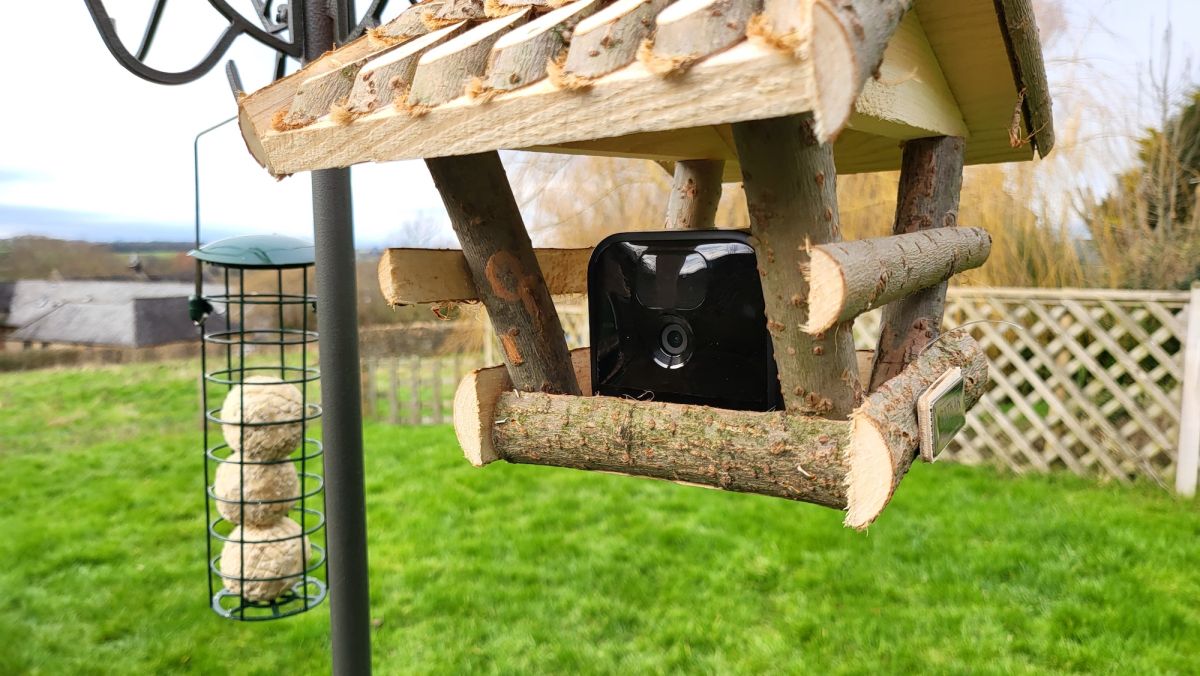 After recently moving from a 30-storey building in Beijing to a secluded country house in the English countryside, one of the first things I wanted to do was buy a wildlife camera. Living downtown in one of the most populated cities in the world, seeing and hearing birds and other creatures right outside my window is something I never knew I took for granted.

But after spending about a week searching online for the best wildlife camera, it seemed that none of them really did what I wanted them to do. As a longtime user of smart home devices, I wanted a camera that could send motion alerts straight to my phone, use cloud storage, and work with minimal hassle. On top of that, I didn’t want a rebadged version of a generic, mediocre dashcam with a camouflage case taped around it, which Amazon seems to be awash with.

Admittedly, I have already been bitten by one of these cameras. As my family’s resident techie, a few years ago I was tasked with purchasing a wildlife camera for my parents’ Christmas present. I picked one that reviews said was simple to use and retrieve footage – perfect for my elderly parents, or so I thought. This purchase was definitely counterproductive, as it led me to provide countless hours of remote technical support to my parents, who didn’t know how to operate the camera or how to retrieve images from it. And even I, the apparent tech nerd, was pretty baffled by the thing.

The memory of those frustrating hours on the phone made me put the idea of ​​buying myself a wildlife camera on ice. It seemed like no one had made my dream camera, which was inexpensive, smart, and even my parents could use. But after noticing a sale on the Blink Outdoor Camera, it got me thinking. These things aren’t strictly for use as wildlife cameras, but they still have all the functionality my dream wildlife camera would have. And I’m already using a TV as a computer monitor, would that be so different? It’s all marketing, right?

So after some research I figured I’d do it all by ordering a three pack – and I’m glad I did.

Setting up the cameras was quick and painless, and being wireless and weatherproof, they can go straight outside into trees, bushes, or anywhere else within Wi-Fi range. After placing cameras in my backyard and retreating to the comfort of my couch, I received cute clips within minutes.

By the end of the week, I had met the greedy robin who eats most of the day’s seed supply which I drop in minutes, the two squirrels who love to jump between trees like stunt people, from the mouse that emerges at exactly 1 a.m. every morning to look for leftovers that the robin may have missed, and the fox that roams the field behind my house after dark looking for of a dinner. Watching their 30-second clips has become like my own private TikTok. And I’m not the only one — a colleague of mine from the US also uses a Blink Outdoor camera to watch birds in his backyard.

Granted, while the Blink Outdoor is one of the best outdoor security cameras out there, it doesn’t exactly take jaw-dropping footage worthy of a BBC documentary — it shoots at 1080p and its night vision isn’t the best. But if you just want to capture quick clips of creatures to share in your family group chat, who needs 4k/60fps, Dolby Vision and commentary from Sir David Attenborough?

The takeaway from this purchase is that sometimes we should think outside the box when it comes to buying technology. One person’s home security camera can certainly be another’s private wildlife channel.