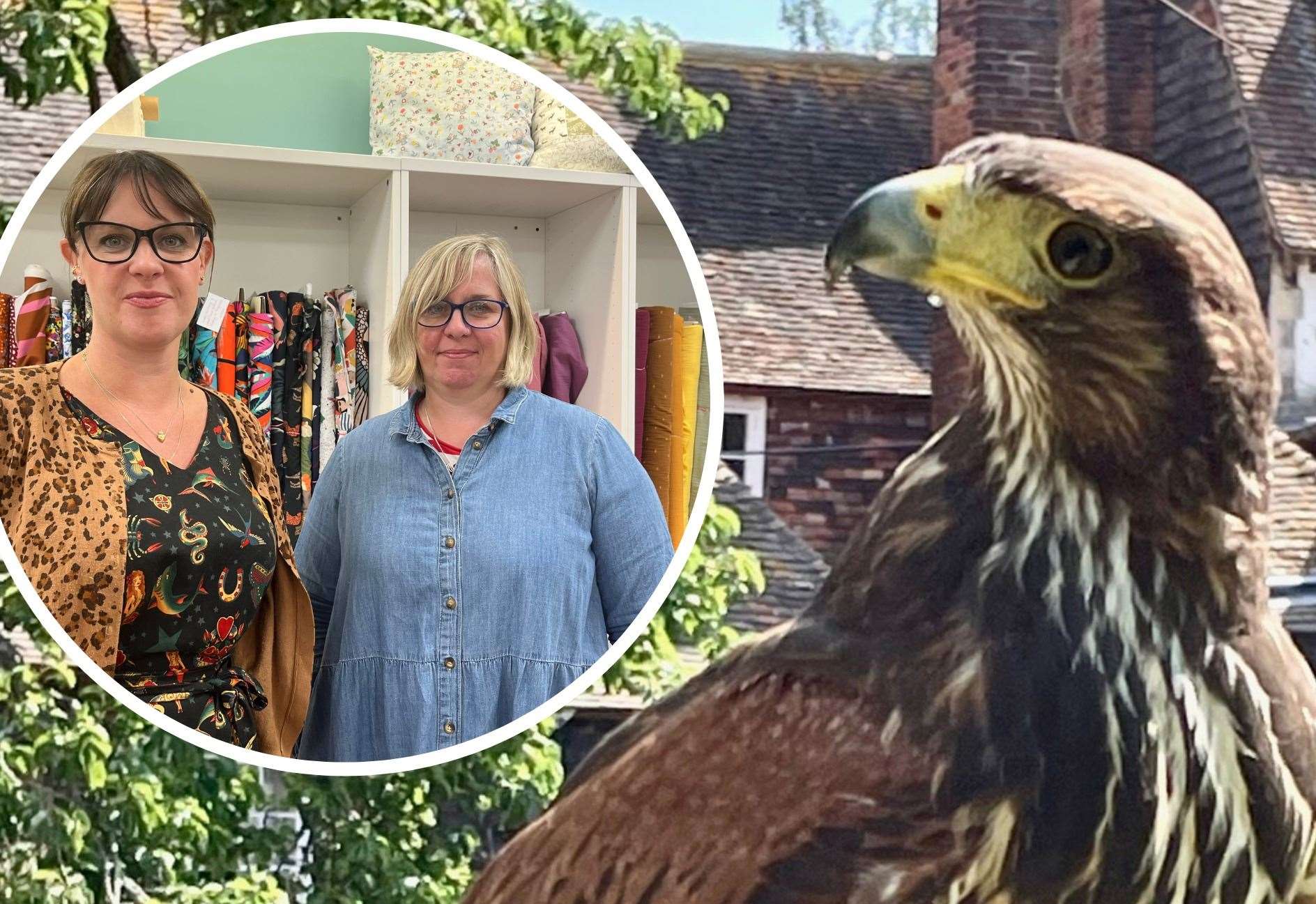 Frustrated traders say fully reopening two car parks should be a council’s top priority – not introducing a hawk to scare away pigeons and seagulls.

Ashford Borough Council is preparing to bring in the bird of prey to tackle the ‘growing number’ of gulls in the town centre.

But business owners say they would prefer to see the authority work on reopening the multi-storey building in Edinburgh Road, which has been closed since July after concrete fell from the second-storey ceiling.

They also want the upper level of the nearby Park Mall car park to reopen as soon as possible, as drivers are currently struggling to find a space in the facility.

Claire Heel, owner of Emporia Fabric and Craft in Park Mall, says that although she is afraid of birds, there are more pressing issues in the city that need to be addressed.

“I’m afraid of pigeons but I would be more afraid of a hawk,” she said.

“I just don’t see the point of having so many problems with parking lots right now.

“There are more important issues the funding should be spent on.”

Charlotte Cambridge, social media and marketing manager at Emporia Fabric and Craft, says she thinks the introduction of the falcon will be an “unnecessary cost”.

“Birds aren’t even a problem, parking lots are more important to sort out,” she said.

ABC bosses first discussed plans for the Falcon in April and said the bird would be brought downtown on a weekly basis.

But Zoe Everall, a volunteer at Made in Ashford at Park Mall, thinks the pigeons and gulls should be left alone.

“I don’t really mind them,” she said.

“I understand there’s a hawk at the dump where they cause trouble, but because it’s wildlife I think they’re left alone.

“It’s kind of a catch-22 I guess because I know a lot of pigeons have had trouble getting caught in the roof of Park Mall, so for their safety it might be helpful.

“They do create quite a mess at times, which might help cut down on cleaning for the council, but I think you get them everywhere and it’s part of everyday life.”

In a statement, ABC says the trial will take place over a four-month period to allow bosses to see the difference.

“This will involve the birdmaster walking around town with a falcon on his arm; the bird does not fly and it stays on the master’s arm,” a spokesperson said.

“It will probably be once a week. It is an inexpensive and safe solution to combat the growing number of pigeons and gulls in the city centre.

“It is also an interesting attraction for visitors because they can see the falcon up close.

“We are currently investigating whether companies would support such an initiative, once confirmed we will arrange a start time for the trial.”

Earlier this year, a report from Natural England showed that gulls – traditionally associated with coastal regions – have become urban creatures, prompting ministers to consider proposals on how to facilitate their removal from cities.

The study found that around three-quarters of the UK’s herring gull population now nests in cities.

ABC is expected to release an update on the future of the Park Mall and Edinburgh Road car parks by the end of September.