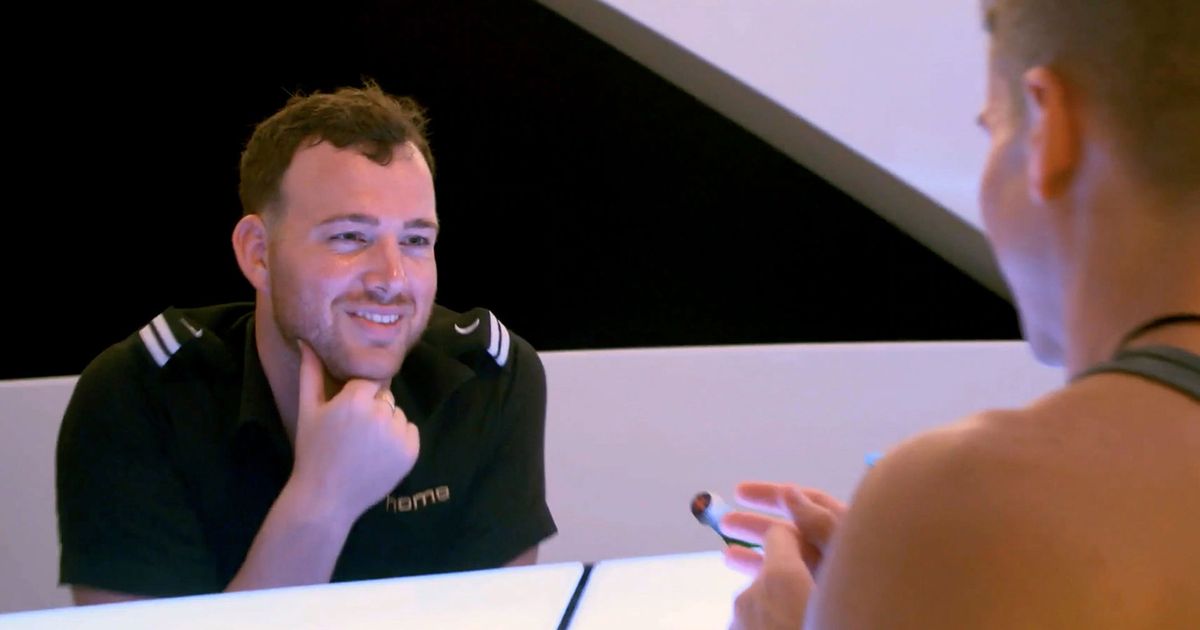 Readers, a bit of maintenance: Storm has officially been promoted to Boatswain! Provisional boatswain, nothing more. Congratulations!

Moving on, I’m officially done with Natasha. I tried to give him the benefit of the doubt; we don’t know what’s going on behind closed doors, and it looks like she’s been emotionally manipulated by men, but it’s time to come clean and admit that she’s also a manipulative mistress. I still think Dave is full of problems. It is not a zero-sum game. Both parties can be crazy! But, Natasha is a million miles from crazy. She even confesses to us that she’s a wayward angel who’s always trying to get away with murder, and I choose to take that at face value. More evidence? The preview we get for next week’s episode. I believe Sandy is talking to Natasha when she’s warning someone not to manipulate her.

Mary Oliver asked, “What do you plan to do with your only wild and precious life?” For me, the answer is to review the food-wine pairing, in every way. If you thought we were leaving the predicament of the wine pairing behind us, you were wrong. I commend the producers who provided us with free shots of wine goblets, mostly half full and not drunk, strewn across the table. When Dave asks if the guests are happy, Natasha immediately jumps in to reply that they all pair the wine and love it. Any wine pairings? I thought I saw half the guests ordering cocktails, ignoring their ten glasses of wine.

Then this girl has the nerve to comment on how hectic the service was, to none other than Dave! Stay in your lane Tash! You have caused chaos…and in fact, this could be a pattern for your entire life. None of us are surprised that she admits that maybe it was the wrong decision – in private.

At the end of the charter, Dave calls Tash to chat and says they need to be able to work together. Dave gets tons of maturity points here: He evens it out with Tash and reveals that she broke his heart and it (reasonably) upset him, but now he understands that nothing is going on between them and can’t wait to move on. ‘go forward. He even spends the night once the charter is over… Color impresses me!

On Natasha’s relationship front: Her current ex-boyfriend seems mostly clingy and controlling. She tells us he doesn’t like the way she works with Dave. It makes me depressed. I want to save Tash, but she doesn’t want to be saved. And even if she did, only she can save herself.

Now on to the good stuff: After the infamous wine pairing dinner, Kyle puts on his cloud pajamas (are those Jambys?) to join the guests for a little after-hours fun, which is questionable on a professional level, but Tasha encourages this! The group engages in a small round of roses and thorns, with Kyle turning them on. He tells Frank, “I honestly never thought I would be so attracted to another person in a long time. I saw your smile…and I was shaken. It has this calming aura and when I feel it around me it keeps me very grounded and safe and I feel that energy. I want to be around her and get to know you more.

WHATTTTJASKLFJSALKJDFSAASDLK!!?!? Imagine saying that to someone you met the day before while you were working for them? It’s now two in the morning and Kyle is collapsing in a puddle of hugs while Tash half cleans up and prays that Captain Sandy doesn’t wake up and come for both of their asses. Kyle’s almost there affair makes him nervous and even admits it to Tasha the next day.

However, it is clearly not this anxious because he keeps splashing after the Olympics, warranting a quick slap on the wrist from Captain Sandy. Go back to work! He’s a good boy for the rest of the day, but things heat up after the band’s last dinner. The two lovebirds discuss Kyle’s “gay spirit” and Frank’s recent weight loss before sharing an intimate hug that seals the deal: The next morning, Frank texts Kyle and asks if they can go out after the charter… How did he get his number? Did Kyle give it to him and I just missed it? Or is one of the producers a romantic (and shitty agitator) at heart? Kyle responds to Frank and tells him that the team is going out that night and their groups should meet up. THEN, as they leave, Frank whispers to Kyle that he wishes he could kiss her! Come nightfall, these boys are going to be in trouble…or fall into sweet, innocent love. And I like it.

While they’re in town, Kyle and Frank are giddy and cute and I have nothing bad to say about them. They tease their first kiss, saying they’ll save it for their first date…but then we get a cinematic ending. Just before they go their separate ways, Kyle sprints out of the sprinter van and plants a big kiss on Frank, right in the middle of the parking lot. Did I just clap out loud? That’s what dreams are made of! Reader, I could feel the passion of their kiss through the screen. I wish them the best and desperately want to know how they are – unless it’s bad, then I’d rather live in denial!

I admit it. I saved the worst for last. Surprising absolutely no one, Jason screwed up again this week by taking a break from MIA. Storm gives her instructions to take a 15-minute break at 7:17 p.m., with Courtney due to take a break after Jason returns. At 7:38, Storm asks if Jason is back. Spoiler alert: it is not. At 7:52, Courtney picks him up. Jason immediately gives her lip, claiming that it is impossible for him to eat and shower in 15 minutes. Mzi and Courtney aren’t disappointed by his defiant attitude and do what any co-worker does when frustrated: talk shit. Courtney says she could have killed him many times and the same. Besides, this boy has the audacity to be late for his anchor watch AND leave the bow a mess! How dare you do this to your team? And from the looks of the preview, who knows if this will be his team for much longer…

• I did the dirty work (mild harassment) for you and found Liam/Bambi’s Instagram here.

• To give praise where it belongs: snaps for Dave’s pirate ship birthday cake.

• This quote deserves an honorable mention: “I feel like a fat gay soup.”

Catch all the drama from your favorite shows!

By submitting your email, you agree to our Terms and Privacy Notice and to receive e-mail correspondence from us.