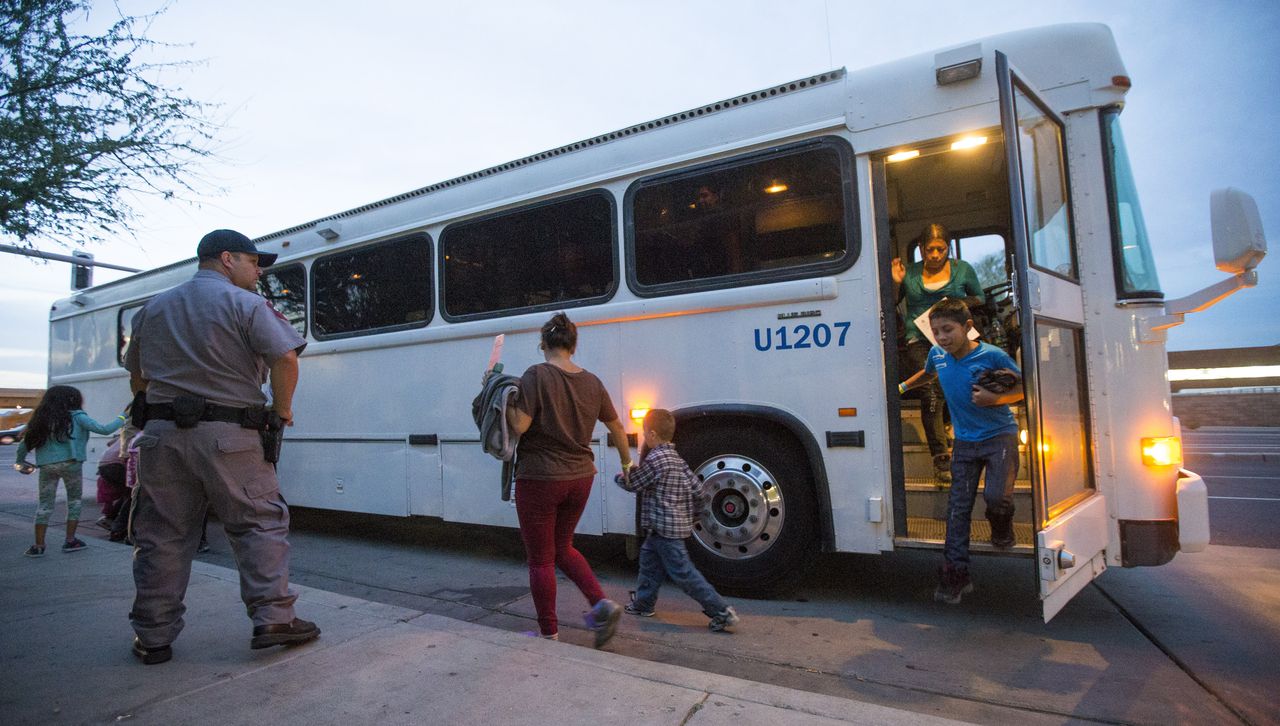 Biden owns the “humanitarian crisis” of migrants on buses | Letters

The Washington Post comment, “The troubling precedent for busing immigrants to other states,” published in the Star-Ledger on August 21, attempted to correlate Irish immigrants in the 19th century with the busing of undocumented immigrants today to “sanctuary cities” whose rulers claimed to welcome them .

But the author, Professor Hidetaka Hirota of the University of California, fails to include some facts.

Irish immigrants entered the United States legally, most through Ellis Island, as did my ancestors. Immigrants entering the United States through the southern border today do so without prior authorization under current immigration law. While the professor correctly describes the horrific treatment of the arriving Irish, immigrants today seeking asylum or entering without permission receive clothing, food, shelter, medical care, schooling, etc.

Hirota criticizes the way the the governors of Arizona and Texas transport these immigrants by bus to Washington, DC, New York, etc.but conveniently ignores the fact that the Biden administration has been transporting unaccompanied minors to these same cities. Many thefts arrive in the middle of the night, apparently hoping to avoid detection.

But the professor’s most outlandish claim is that transporting 2,000 to 3,000 people to sanctuary cities, as the governors have done, creates “a humanitarian crisis”. Oh good? Two million immigrants arrested after crossing the border illegally, many of whom are allowed to stay in America, is a humanitarian crisis. It was President Joe Biden’s border police, not the governors, that created the crisis.

Unfortunately, I have to give Professor Hirota a failing grade.

In light of the recent “Drop Bible, add Constitution for court oath” letter from Janes Keady, who just served as the presiding judge of a Monmouth County grand jury, the New Jersey judiciary wants to clarify its policy on swearing in of prospective jurors.

When jurors take an oath of allegiance and affirm that they will uphold the United States Constitution and the New Jersey State Constitution, they are not required to swear on a Christian Bible. Jurors can swear allegiance to a Hebrew Bible, the Koran, or any holy book. They can also choose to affirm their oath without using a holy book. The same applies to witnesses who have taken an oath before testifying.

Jurors of all faiths and those who do not subscribe to any particular religion should know that their beliefs are respected by the justice system. We appreciate the sacrifices made by all those who fulfill their civic obligation to serve as jurors and we thank them for their important contribution to our justice system.

Birds are unable to perceive glass as a threat and frequently crash into windows. These collisions cause injuries, such as broken wings and internal bleeding, which often result in death. Approximately one billion birds die each year as a result of collisions with windows.

As birds across the Americas face an extinction crisis, preventing these collisions is essential for the conservation of vulnerable and endangered species. Fortunately, on Capitol Hill, members of Congress, like U.S. Senator Cory Booker, DN.J., are working to protect the birds. Booker introduced the Bird Safe Buildings Act reduce the number of bird-strike fatalities by requiring certain public buildings to use bird-friendly features, practices and strategies.

This bill has encouraged federal agencies, such as the US Department of the Interior and the General Services Administration, to implement the strategies it recommends. The American Bird Conservancy Action Fund thanks Booker for his leadership on this issue and encourages him to continue advocating for bird-friendly structures.

Only one Christmas Queen

This is a quick comment on recent articles about which singer – Mariah Carey or Darlene Love – has the right to the trademark “Queen of Christmas” because they both have popular and perennial Christmas pop songs. Really, ladies? So silly.

Carey (“All I Want For Christmas Is You”) filed a trademark application in Marchbut Love (“Baby Please Come Home”) opposes it, as does a third singer, Elizabeth Chan, who recorded an album with the title “Queen of Christmas”.

We can stop wringing our hands and rightly declare the one and only true queen of Christmas, and that would be the Virgin Mary, the mother of Jesus. Period. End of the conversation.

Our journalism needs your support. Please subscribe today to NJ.com.

The release of OWN Execs signals more change at Warner Bros. Discovery