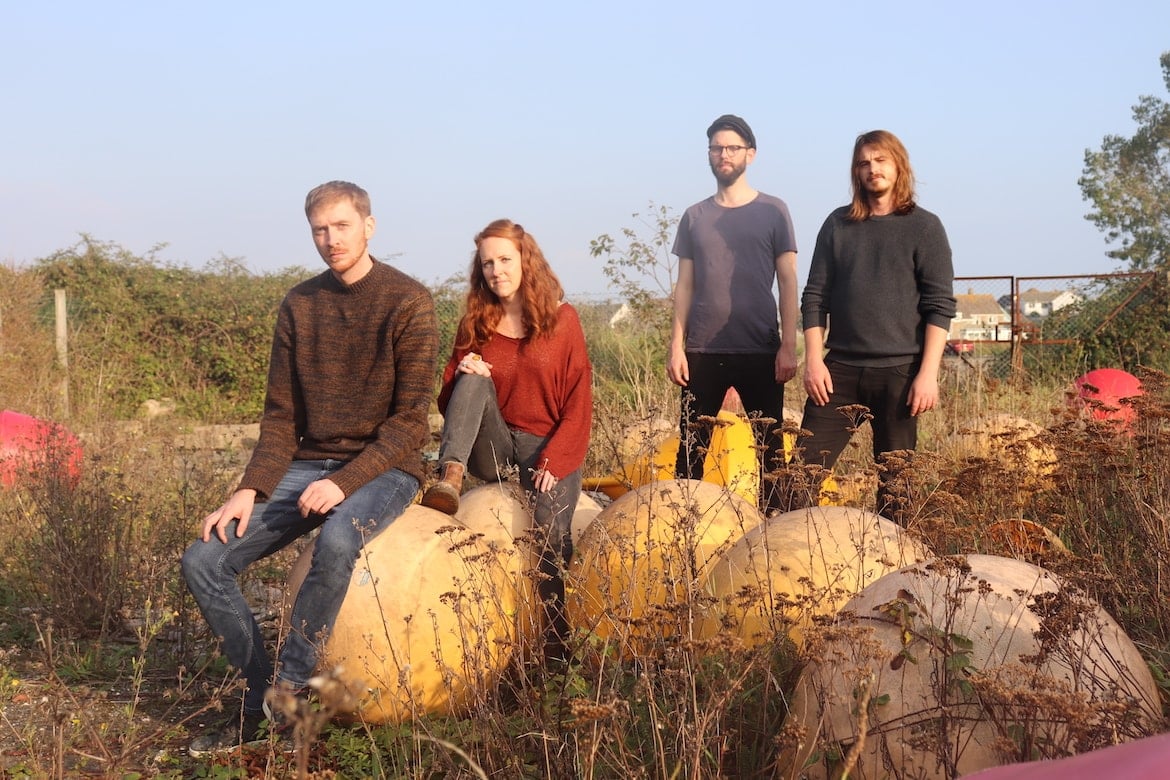 Bird in the belly: after the city

Bird in the belly – After the city

In 1885, naturalist writer Richard Jefferies published one of the strangest and most visionary novels in all of English literature. After London or Wild England was an early science fiction experience and perhaps the first example of what we might call an ecological apocalypse ever devoted to the page, a lyrical description of a mysteriously depopulated country in which the monolithic edifices of the industrial revolution are coming back quickly. to nature and London is covered in stagnant water.

Brighton-based folk group Bird in the belly (singer Ben’Jinnwoo‘ Webb, Laura Ward on flute and vocals, guitarist and percussionist Adam Ronchetti and multi-instrumentalist Tom Pryor) have created a concept album that provides a kind of musical prequel or background to the novel, a myth of creation for a future world, combining new lyrics with old ballads and poems as well as songs based on passages from the novel.

At this point, I have to admit that I have a vested interest. I live in Swindon, a twenty minute walk from Coate’s house (now an excellent museum), where Jefferies grew up and did much of his early work. A good part of my first thesis involved a discussion of his mystical autobiography, The Story of My Heart. I have read After London more than once. I feel oddly defensive of Jefferies, a writer whose style (High-Victorian mysticism meets earthy romanticism) tends to polarize reviews, and I’m eager to see that any new work of art that engages with his writing does it with sympathy and with a great level of understanding.

Fortunately, we are in good hands. Bird In The Belly’s approach is eloquent, lovingly detailed and hit with a welcome dash of experimentalism. Previous albums (2018’s The Crowing and 2019’s Neighbors and Sisters) are full of traditional songs from relatively obscure sources, adapted in modern and exciting ways. After The City continues in the same vein, musically speaking, and the songs are given additional narrative impetus by their unique subject matter. The album is structured chronologically, progressing from a sort of urban arcadia, through catastrophe, to death and then rebirth. It begins with Tragic Hearts Of Towns, an instantly invigorating introduction powered by violin and acoustic guitar. It is adapted from an 1857 poem by Alexander Smith about Glasgow and perfectly encapsulates the sad beauty of the cities. It is sung with punk abandon by Ward and Webb.

Litany provides immediate counterpoint. It is the first of four consecutive songs inspired by the horsemen of the apocalypse. Its lyrics come from an Elizabethan play by Thomas Nashe written during and about an outbreak of bubonic plague. Pryor’s violin rises to the heavens while the lyrics speak of an earthly and inescapable plague. The ballad Jemmy Is Slain is a perfect vehicle for Webb and Ward’s voices: Webb’s is cracked, passionate and instantly recognizable, while Ward’s is more traditionally folky and perhaps more stoic but just as emotionally charged. . Together they create a strange and magical energy.

The Lancashire Cotton Famine of the 1860s led to suffering, riots and mass emigration. A number of songs and poems survive and are an important resource for understanding an often overlooked part of British history, one such song is Famine, Fever, Frost, which was written by an anonymous contributor to the Rochdale Pilot and is sung here by Ward with graceful, minimal musical accompaniment that becomes imperceptibly sadder and more eerie, thanks to Pryor’s confident production. The last of the “Four Horsemen” songs, Pale Horse (see video below), is also the most unnerving. A disarmingly sweet flute gives way to a devastating tale of yellow fever, the inescapable march of the disease symbolized by Ronchetti’s ticking and stomping percussion, while an e-bow guitar blows like a wind apocalyptic through the bones of song.

Another Cotton Famine poem, Smokeless Chimneys, is sung a cappella by Ward, with Webb joining her, and is another fine example of her clear, powerful singing. He warns against the precarious nature of industrial progress. It is followed by Landmark, an instrumental interlude composed by Pryor, which forms a natural break in the album’s narrative.

While the previous six songs were about the events leading up to the story of Jefferies, the last three focus on – and are in fact adapted from – the text itself. Jefferies rejoiced in his descriptions of a city overgrown with plants and a countryside reverted to nature. When he wrote passages like “in the thirtieth year there was not a single open place, except the hills, where a man could tread, unless he followed the tracks of wild creatures or does not cut a path”, you have the feeling that this kind of landscape would be ideal for Jefferies, who has spent much of his life exploring the dunes and beech woods of Wiltshire. This enthusiasm for the wilderness is reflected in the upbeat nature of the song After London, with its energetic melody bubbling over descriptions of overripe fields and dead animals that “fed the barren land until all be green”.

Lay Low Lay is another upbeat tune that puts a positive spin on a set of lyrics that in other hands might sound incredibly dark. When Ward sings about a thousand years of decay and a million human beings rotting beneath the lake that engulfed London, it’s somehow uplifting rather than depressing. Maybe we are beginning to better understand the circularity of life, or maybe we all have a secret desire to start over, to see the earth again. The last track, The Ships, is the most positive of all, offering hope in the vastness of the sea, a blank canvas.

Despite After The City’s historical concerns, it’s hard not to see the album through a contemporary lens. The rancid pool that covers London and its slowly rotting dead could easily be an allegorical blow to a corrupt and overly centralized political system, when it is possible to assume that the initial catastrophic event that led to the decimation of the population (an event which, in the novel, is left to the reader’s imagination) may have been a new and unexpected outbreak of disease. This obviously gives the album another layer of meaning and perhaps means the songs cut to the bone with even more precision. But a better way to judge After The City is on its songs, its musicianship, its sheer ambition. Bird In The Belly are one of the most talented and quirky bands out there, and here they’ve taken a relatively obscure subject and made it accessible, captivating and legendary.

Astrological forecast for Aries, Taurus, Gemini, Cancer and other signs for February 14, 2022