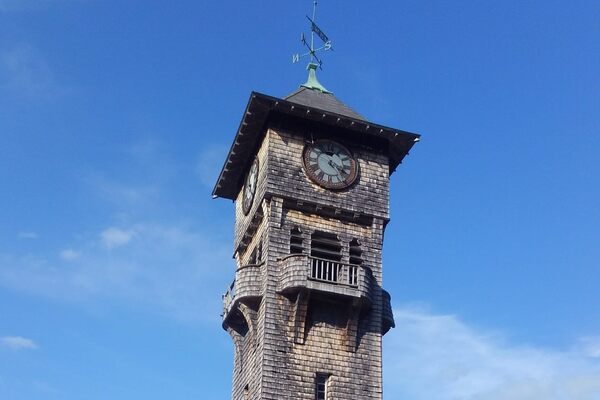 In East Walpole, at at the intersection of Washington Street and Chestnut Street, stands a peculiar spectacle. A derelict clock tower and a commemorative fountain dedicated to members of the Bird family, one of the founding families of Walpole.

The Bird family has a long history at Walpole. George Bird founded the Bird & Son Company in 1795 with a single paper mill, and his son, Francis W. Bird, developed the family business throughout the 19th century. In 1884, he built Bird Hall. The large hall on the second floor was the scene of many lectures, plays and banquets. It was also used for religious services and the ground floor housed a post office and a department store. In 1894, following the death of Francis Bird, his heirs financed the construction of a 72-foot tower and an illuminated clock. In 1995, a fire destroyed the entirety of Bird Hall, only the clock tower was spared.

Right next to the clock tower is a small fountain dedicated to Mary R. Bird. Born in 1845, she was a staunch abolitionist and a staunch supporter of women’s rights. She was the first woman elected to the Walpole School Board in 1876 and helped found the city’s first public library. She also started the Children’s Sewing Circle to make sure all children know how to sew as she believed it was an essential skill.

The bird clock tower and fountain are certainly very interesting pieces of local history and something that most residents know little about.