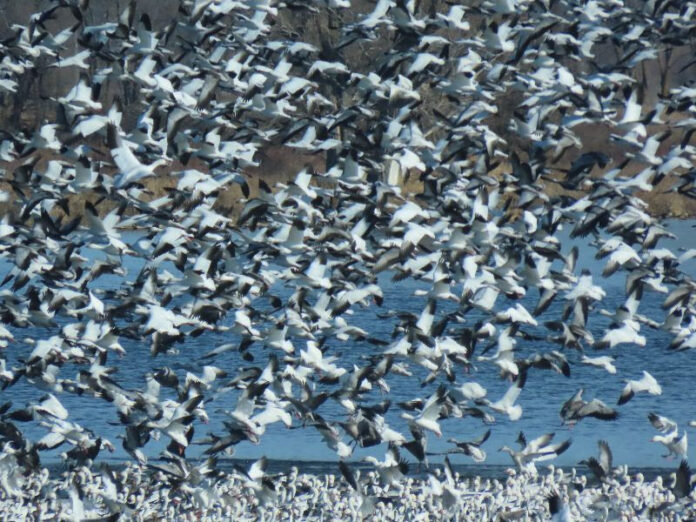 Squeakers, squeakers, and horns fill the gray fall sky with wavy V-shaped ribbons of waterfowl called tangles. This week’s birding giveaway is aural identification of the three types of geese that migrate through Dallas County.

The greater white-fronted goose, also known as the specklebelly or specklebelly, gets its name from the irregular dark markings on its belly. Its cry is a nasal squeak, similar to a pet toy.

In contrast, the snow goose emits a horn which is a single note. Snows have a white body with black wing tips, which makes them easy to identify. However, there is a snow goose with a blue morphology that can be confused with a white-fronted goose, which has a white head.

Finally, there is the famous Canada goose which has the two syllable call, which gives it the nickname of honkers. They are large gray birds with a black neck and white chin straps.
The next time you hear someone talk about specs, snow, blues, or horns, you’ll know they’re describing the charismatic waterfowl that marks the changing of the seasons.

Mike Havlik is a naturalist in the Dallas County Department of Conservation.

Bring More Birds Into Your Home With Native Plants Outside