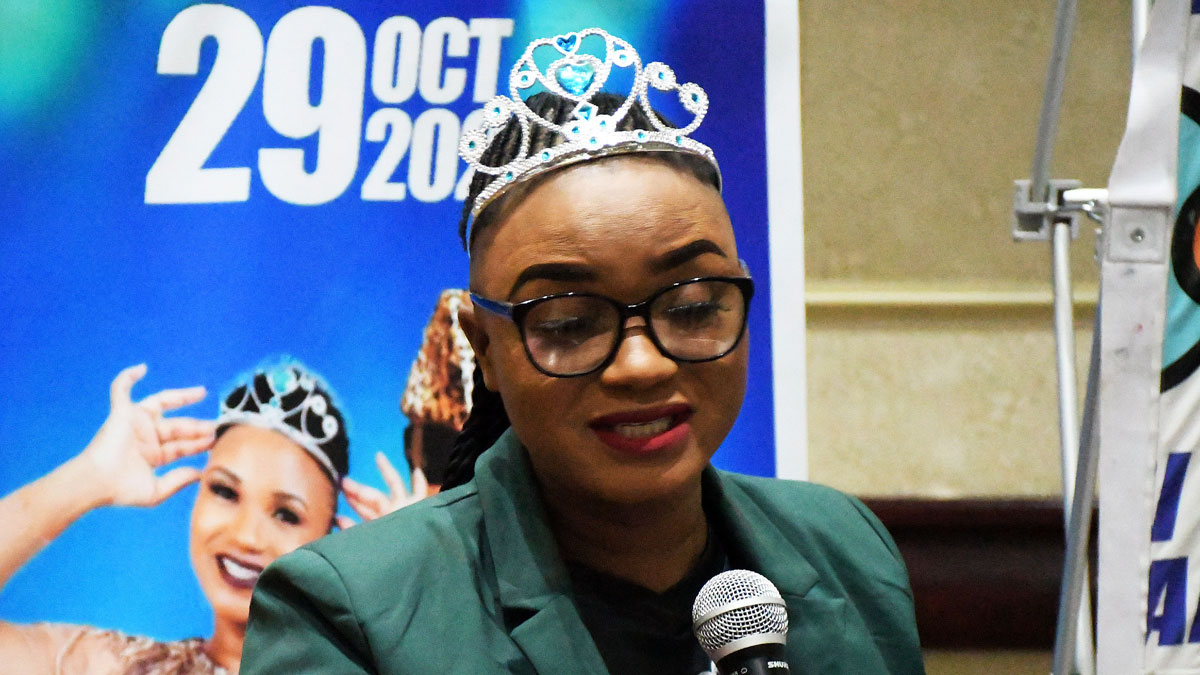 The 38-year-old “Sekuta” hitmaker is a founding member and lead singer of the band Culture Spears, which was founded in 2005.

Culture Spears rose to fame not only locally but also internationally with her debut album titled Korone.

She then left Culture Spears to form her own group, Charma Gal Productions and has since released nine albums as a solo artist.

Among her many accolades, Charma Gal is proud of various international collaborations she has done including with Zimbabwe’s Jah Prayzah and South African duo Master KG and Makhadzi and many other local artists.

Our reporter Portia Mlilo chatted with this songbird about his musical journey and the gig.

Do not hesitate to share with us your musical journey.

I started as a dancer and singer for the traditional band at Moeng College.

The group has produced hit albums for years, honoring significant events inside and outside the country and winning numerous awards.

In 2009, we created the Ekentolo group in which I presented different artists.

In 2014, I focused more on my solo career, which has blossomed over the years to date.

Why did you go solo?

I think in life we ​​have to grow and that was part of my growth.

A lot has happened in this journey of life.

I’m still part of Culture Spears and we released a few songs together after I went solo.

Why did you choose the genre Mosakaso?

I chose it because it was unique and not locally crowded.

The music also appeals to many, young and old.

What challenges have you encountered in your musical career?

The biggest challenge among them was losing my band members in a car accident, even to this day I am still struggling with the trauma.

The other challenge is that it is hard to make money in this industry and you have to put in a lot of effort to get the attention of the small market.

Sometimes we spend money to organize festivals and the attendance is not good enough, resulting in a loss.

But we continue! It is my calling.

And how about was the highlight?

It was when I played in Australia at the Botswana independence celebrations organized by our embassy.

One of my biggest accomplishments was in 2015 when I won four awards at the 7th Annual Botswana Musicians Union Awards.

I became the first artist to have two songs nominated for Song of the Year.

My two songs Sekuta and Mosepele wa Lerato fought for the song of the year award.

As a songwriter, what do you focus on when composing a song?

Anything that comes to mind but most of all I am inspired by my life experiences and the things that are happening in the world. (She laughs).

Some of the lyrics come in my dreams and I wake up and write them down or make a voice recording with my phone.

What inspired the idea of ​​Kgosi Ya Mosadi’s next concert?

New subscribers and new fans don’t know where I started, so I want to share my musical journey.

I will donate 10% of the profits to my deceased dancers.

In 2016, five of my backing dancers died in the horrific road accident while we were returning from a performance in Kang.

A seven-seater minibus in which they were traveling overturned after a tire burst which caused the tragedy.

I intend to use proceeds from the show to erect their headstone and share what remains with their families.

I want to pay tribute to them because they made me and contributed a lot to my musical business.

Why did you decide to bring Kofi to your show?

He is the only artist who fit the concept.

He has a lot of experience in the music industry and huge international appeal.

It represents success and consistency.

I understand that the last time he was here was about 17 years ago and a lot of people will want to see him back on stage.

Preparations are well underway, everything is in place and we are just waiting for the special day.

Activations are underway in various areas and we are selling tickets and merchandise.

How were you able to collaborate with Jah Prayzah, Master KG and Makhadzi?

I think technology has made our lives easier.

We are now able to have a conversation with other artists around the world and seal the deal.

Other artists can watch my performances live and listen to my music.

I met the international artists with whom I collaborated via the Internet, we exchanged numbers and began to communicate.

We met and recorded songs.

What do you like the most when you’re on stage?

My fans sing and dance to my songs.

I really appreciate them because it means they listen, understand the lyrics and enjoy my music. Ke a leboga.

What advice can you give to young aspiring artists?

Do not be afraid, only believe! As I mentioned before, most artists don’t make money in this industry.

We are just driven by passion. You must be patient. Take the time to compose and record the song so that it is more appealing.

Don’t rush because you end up going out and you won’t get any bookings for shows, nominated for awards and no one will buy your music.

How do you balance career and life as a mother?

It’s not an easy thing because both need my attention, but I try.

I’m overprotective when it comes to my three boys.

How to overcome the challenge of cyberbullying?

No one survives this unless they are made of metal! (laughs)…I’ve been bullied a lot, especially about my personal and love life.

This is something that makes me aggressive and makes me very angry.

Sometimes I refuse when people see me at the mall and ask to take pictures with me.

Just this Monday at the North Gate Mall in Gaborone, some ladies asked for a picture, the other said she didn’t want to curse herself by taking a picture with a divorcee.

I just left and was deeply hurt. Some attack me on social networks and insult me.

One day I will open a cybercrime case and lead by example, maybe bullies will learn a valuable lesson.

Who is your inspiration?

My mother. I am what I am today thanks to her.

She’s also a good singer, I guess I took after her. She even helps me with other Setswana phrases to add to my songs.

Thank goodness it’s Friday, what are your plans for the weekend?

I have been hired to perform in Johannesburg, South Africa, and I have other business to attend to.

American Airlines’ winter schedule in Latin America will be 24.3% longer than before COVID