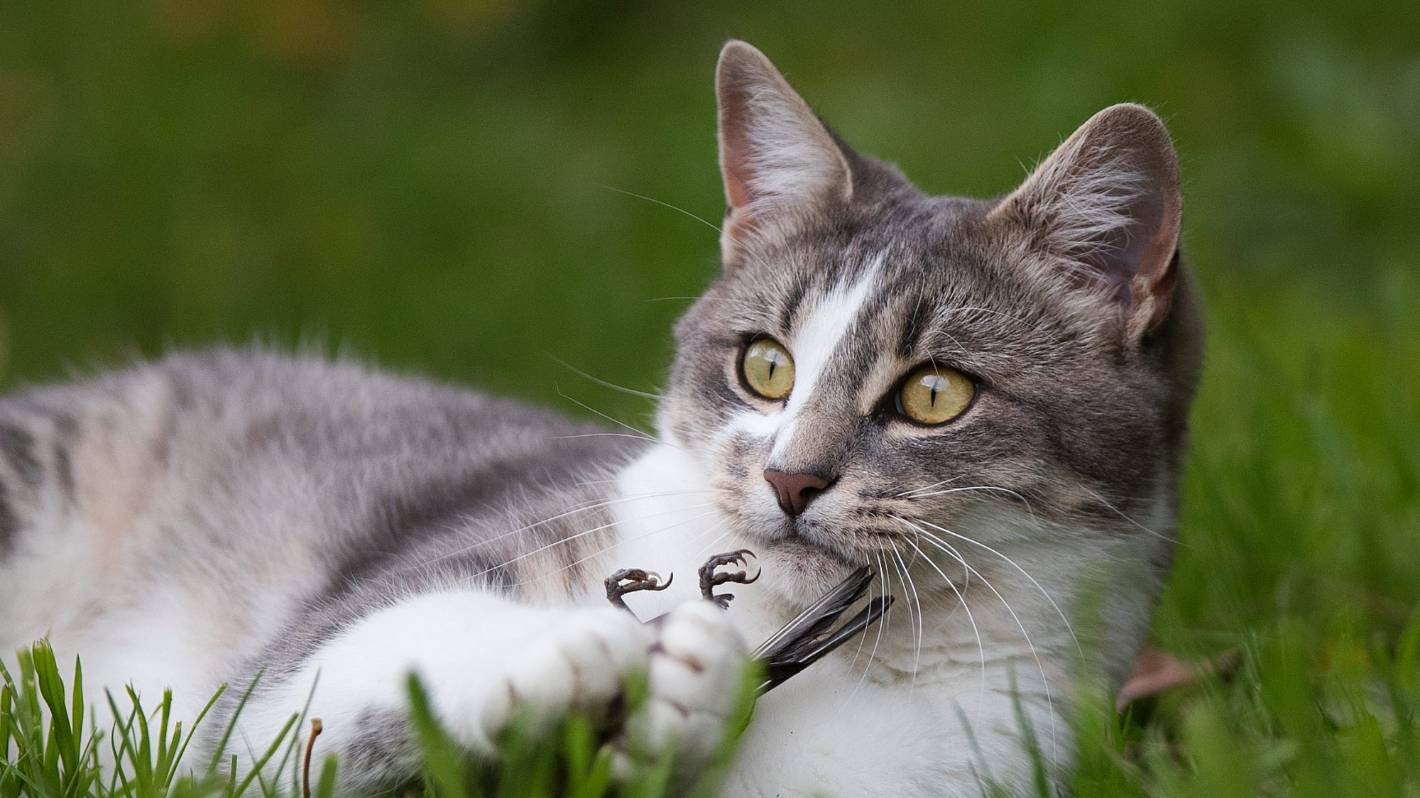 Cats can prey on other popular species like birds and reptiles.

A draft regulation requiring domestic cats in the District of Tasman to be microchipped has been dropped.

It was produced after submissions to Tasman-Nelson Regional Pest Management Plan 2019-29 called for the The Tasman District and Town of Nelson councils do more to manage cats.

In November 2020, elected members asked staff to develop it for public notification.

READ MORE:
* Cat owners may need to microchip their moggies in the Tasman District
* Appleby cat management trial to protect the birds of the Waimea estuary
* Back to the agenda: Nelson City roundup November 1-5

A staff report says the board has received statements that a bylaw requiring the microchip of cats “would help manage cat intrusions, cat-transmitted diseases, domestic cats attacked by feral cats, and threats to cats. native birds â€.

However, after a lengthy discussion on Thursday, a majority of elected members of the council’s regulatory committee voted against the proposed settlement and came out for consultation. Instead, they agreed on a â€œnon-regulatoryâ€ approach to the responsible management of cats through education.

Councilor Christeen Mackenzie, who supported the lost motion for the draft regulation, said it was “disappointing given the tremendous effort” staff put into the proposal.

â€œIn fact, so far we have supported this ongoing work as a group,â€ Mackenzie said. â€œIt seems at this point that everything is for nothing. It is very frustrating.

Regulatory committee chair Dana Wensley, who brought forward the successful motion for an illegal approach, said she struggled to see the rationale for the proposed regulations.

â€œThis is basically an identification regulation,â€ she said, adding that domestic cats and their wild counterparts were both causing problems.

Wensley said she thought the potential for a $ 20,000 fine under the proposed settlement was “quite severe”.

Councilor Trindi Walker said she supports cats microchipping, but a microchip would not keep a cat in its owner’s section or prevent a neighbor from trapping an animal and slaughtering it.

â€œWith all that our community is facing and the way that Covid has amplified, all the other things that we take outâ€¦ resources,â€ Walker said.

Councilor Dean McNamara said he would rather spend the money on something other than a settlement that was “unlikely to be enforceable” and unlikely to fix a problem with feral cats.

Mayor Tim King said the applicability of the bylaw would be limited and there were many issues for council and central government to consult.

“I suspect that the situation we are entering around Covid is unlikely to improve by February and people will be under a lot of pressure and stress anyway,” wondering if this is the right time to such a draft regulation to be considered.

Councilor Trevor Tuffnell, who presented the original motion for the proposed by-law, said it was a “very touching question”.

Many people had approached him about it and a consultation would give the â€œfull feelingâ€ of what the community wanted, Tuffnell said.

Inspired by a Wellington City Council by-law that came into effect in February 2018, the Tasman District Council’s draft version also included a ban on feeding cats in public places.

The Ministry of Primary Industries has revised the Code of Welfare: Companion Cats indicates that for control purposes it is necessary to be able to identify whether a cat has an owner or not. It indicates that the microchip is the recommended best practice for this identification.

A publication from Companion Animals NZ in 2020 indicates that around 41% of New Zealand households have at least one cat. Forest & Bird estimates at 1.4 million domestic cats.