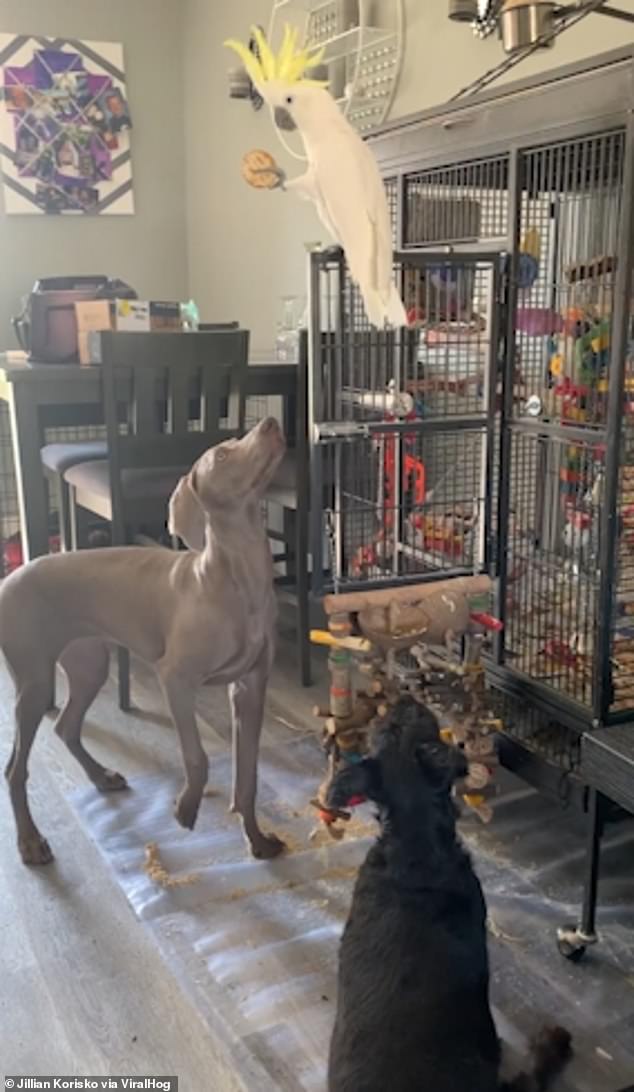 Make them beg! Cockatoo shows dogs who’s boss as he hands them treats in comedic moment

By Lizzie May for Mailonline

This cockatoo knows exactly what it needs to do to dominate the roost.

In funny images shared online, the big white bird, called Grace, who lives in Omaha, Nebraska, dangles a treat in front of her two sibling dogs Ace and Luna.

When Luna, an eight-month-old silver Weimaraner puppy, gets up to get closer to the snack, Grace’s yellow crest rises, before she takes a bite herself.

Grace creates suspense by clinging to the yellow cookie, keeping the dogs at her mercy.

Ace, the black dog, looks behind him at owner Jillian Korisko, and moments later the bird drops the treat and Luna dives in to eat it.

Ace, a cross with a schnauzer and a dachshund in the mix, stays hungry and looks up at Grace to see if there are any more treats on the way.

Cockatoo Grace, who lives in Omaha, Nebraska, hangs a circular treat in front of her two sibling dogs Ace and Luna 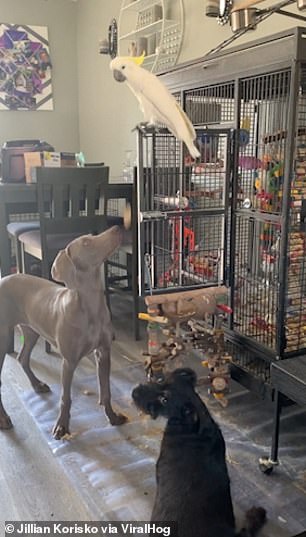 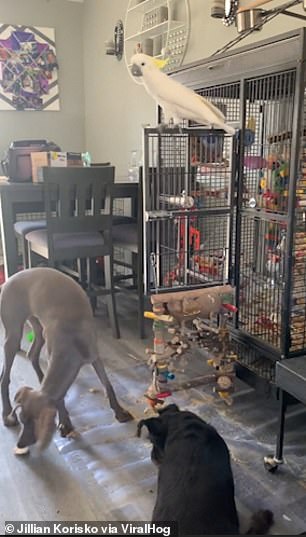 Grace creates suspense by keeping her hand on the yellow biscuit, holding the dogs at her mercy. Ace, the black pooch in the clip, glances behind him at owner Jillian Korisko, and moments later the bird drops the treat, leaving Luna victorious.

“My bird Grace just loves having all the power over dogs and she knows food is the way to do that,” she said.

“She often feeds them and they eat whatever she throws.”

Cockatoos are part of the parrot family and are very social birds. They are also very domesticated and can get along with other pets of different species.