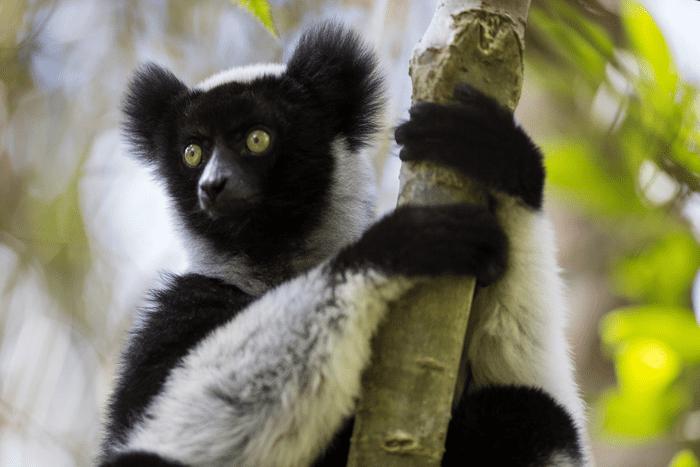 A cute lemur with long limbs native to the tropical forest of Madagascar is recognized as one of the few â€œsongâ€ primates in the world. Their beautiful songs or their terrible roars – depending on who you ask – play an important role in the myths and legends of the Malagasy people. But their status can be even greater.

According to a new study, the Indri indri lemurs are not only able to strike notes, their songs are also rhythmic. This would make them part of a select musical club from the animal kingdom, consisting mainly, so far, of songbirds and humans.

This primate has rhythm – all the more reason to treasure him

Many great composers have often described music as “having a conversation”. Indeed, what we commonly call the “songs” of birds and whales are in fact communication systems, which brings us to language. Humans are the only primates capable of both vocalization (speech) and musicality, which begs the question of how these traits evolved and how interconnected they are.

Biologists have often turned to our closest living primate relatives for clues. The natural communication of apes may contain clues to the origins of language, particularly because apes frequently make gestures with limbs and hands, a mode of communication believed to have been the starting point for the evolution of human language. .

However, the musicality is much more mysterious. Let’s just say that the other apes aren’t very interested in tunes, which is all the more intriguing given that music seems to have been an integral part of the human experience since prehistoric times. The oldest musical instrument is a flute carved from cave bear bones by the Neanderthals around 50,000 years ago.

This is why the indri, a black and white primate the size of a dog, is so fascinating. In 2016, researchers found that Indris co-sang parts of their song with other band members, forming a choir.

Today, researchers at the University of Turin and the Max Planck Institute for Psycholinguistics have gone further, showing that primates have a categorical rhythm. This type of rhythm refers to intervals between sounds that have exactly the same duration (1: 1 rhythm) or a doubled duration (1: 2 rhythm). Even when sung at different tempos, the categorical rhythm is what makes the songs easily recognizable.

â€œDespite its preponderance in our lives, the existence of music is biologically confusing, as the selective advantage of musicality in humans is much debated. We know that human musical behaviors exhibit some “rhythmic universals”, and the presence of categorical rhythms is one of them. Since Indris songs are composed of notes organized in phrases, we wanted to understand if they would share the same categorical rhythms typical of human music. We have indeed noticed that the songs of Indris have the same categorical rhythms that we find in the intro of â€œwe will rock youâ€, by the famous group Queen! first author Chiara de Gregorio said ZME Science.

These results are the result of twelve years of careful fieldwork in the tropical forest of Madagascar. During this time, the researchers recorded songs from twenty indri groups, comprising 39 individuals, in their natural habitat.

â€œThe Indris live their entire lives in the canopy of Madagascar’s rainforest, leaping from tree to tree along the hills. Thus, for many years, we have followed them in the humid forest in all weathers! Some days you find yourself totally drenched, with leeches on your face, rolling down a hill while the ground is covered in mud. And it’s not uncommon to get stuck in big holes created by tree roots! Gregorio related.

But all the hard work paid off. Eventually, Gregorio and his colleagues had enough data to show that Indri songs had rhythmic categories (1: 1 and 1: 2), as well as the ritardando rhythm (slowed down rhythm typical of certain ethnic music). Although the male and female songs had different tempos and pitches, their rhythm was the same. Previously, the only non-human animals that exhibited these rhythms were songbirds.

â€œRhythm is not necessarily something linked to music: it can be seen as the intervals between certain phenomena. We have a circadian rhythm, for example, and the heart of the hour has a particular beat. But when we take into account the â€œnotesâ€, we can then refer to the musical rhythm. Indris are one of the rare species of song primates, which are primates that communicate with songs. Like bird songs, primate songs can also have musical characteristics, but we have shown that indris songs are not only composed of notes organized in phrases but also that they have categorical rhythms, a musical universal. considered typical of human music. Further research will determine whether other song primates can share this rhythmic characteristic with humans, â€said Gregorio. ZME Science.

It is not known why indris have this universal rhythm and whether other primates share this ability. But since humans and indris last shared a common ancestor 77 million years ago, researchers believe the ability must have evolved independently. Both species probably discovered that rhythm helped them produce and process songs more easily.

Only a few hundred of these musician lemurs remain in the wild. Their extraordinary abilities provide even more reason to protect them, especially against their greatest threats: hunting and habitat loss. There are no indris in captivity as they can only survive in the wild.

â€œOur team not only focuses on scientific research, but also works very hard for the conservation of indris. We have a long history of collaboration with GERP, a Malagasy association which manages our field site, to improve habitat protection, biodiversity conservation, capacity building and improvement of the living conditions of inhabitants. villages around the forest. We really believe that scientific research and conservation are two sides of the same coin, â€said Gregorio.

The results were reported in the journal Current biology.