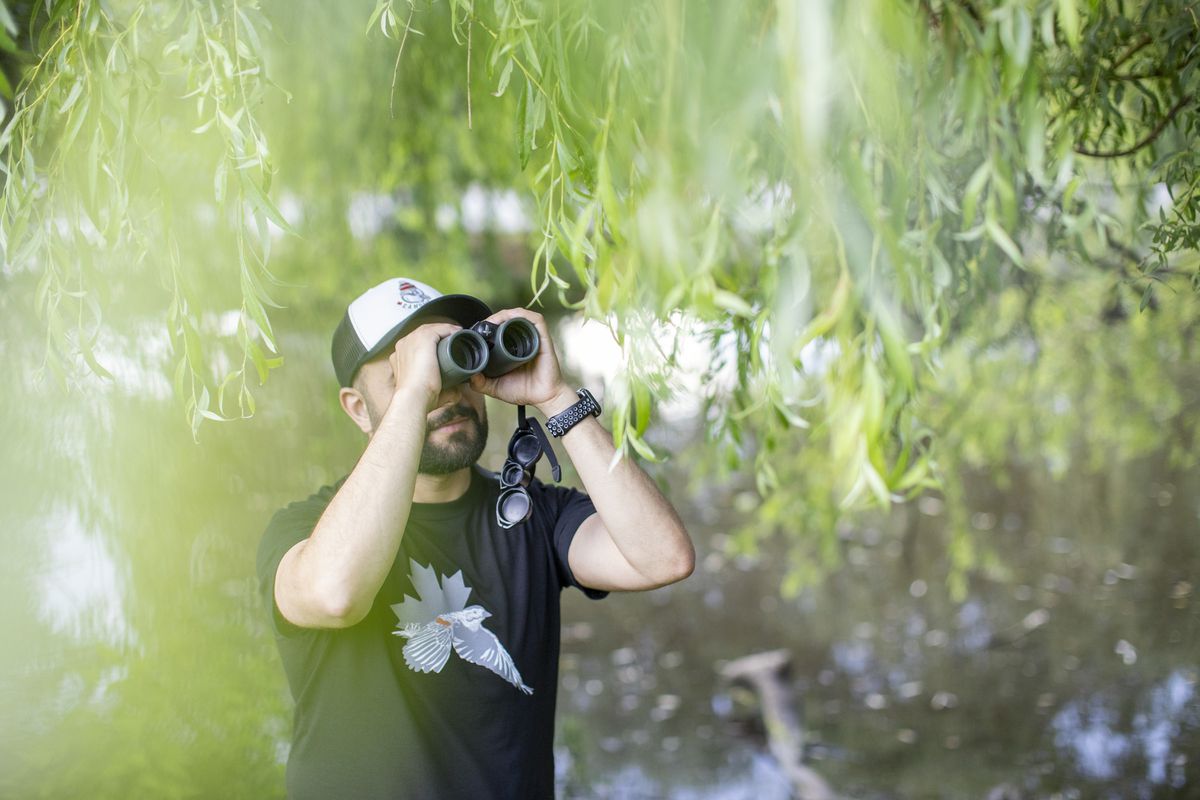 Yousif Attia was out for a bird walk in Richmond, British Columbia one day this spring when he heard a subtle but distinctive song coming from the woods: zu-wee, zu-wee, zu-wee. He knew immediately that it was a Hutton vireo, “a brilliant little bird” that in Canada is only found in southwestern British Columbia.

Mr Attia posted a video of his discovery on (where else?) Twitter, but not because the bird is particularly rare. He wanted to talk about his name. The Hutton are one of 150 species of North American birds with eponymous names: they are named after a person, often a mustached gentleman from a distant era who was the first to shoot and identify the one of theirs.

The Hutton’s was named after William Hutton, a civil engineer, painter, and naturalist who collected specimens of the bird in Monterey, California, in 1847. The Audubon Society of North American Birds Encyclopedia calls it “a collector of birds in the field of which little is known. ” For a long time, even birders thought no more of him than of Wilson in Wilson’s Warbler, Henslow in Henslow’s Sparrow, or one of the other half-forgotten humans whose names are attached to birds. .

This is starting to change. At a time when North American society has reckoned with historical injustices such as slavery and residential schools, names of all kinds are under new scrutiny.

The Edmonton Eskimos became the Edmonton Elks. Ryerson University in Toronto is considering changing its name to remove the association with 19th-century educator Egerton Ryerson, whose statue was recently toppled from its plinth due to its role in the origins of the residential school system. One of the city’s main thoroughfares, Dundas Street, will be renamed because Scottish politician Henry Dundas is accused of delaying the abolition of the slave trade at the end of the 18th century. The Entomological Society of America is abandoning the name “spongy moth” out of consideration for the Roma people.

Now the names of birds are coming under the microscope. Mr Attia is one of a growing number of bird watchers who want to do away with eponymous names altogether and give the birds names that honor their wonder and beauty rather than commemorating a trigger-happy naturalist. The name of the red-headed woodpecker or white-winged crossbill means something to you, they say. This cannot be said for names like Hutton’s vireo.

â€œEach of these birds is unique. They deserve a name that describes them, not just the guy who pulled one, â€says Attia, who leads volunteer programs at Birds Canada. He started birding as a little boy after his Egyptian family immigrated to Canada from Sudan and settled in Edmonton.

The push to remove eponymous names is part of a larger movement to make the world of birding more inclusive.

This surge became more urgent after a high-profile incident in New York City’s Central Park in May last year: a white woman called the police after a black man who was watching birds asked her to hold his dog in leave alone. This led, among other efforts, to the founding of Black Birders Week.

Soon after, a pair of Maryland birdwatchers, Gabriel Foley and Jordan Rutter, wrote to ask the American Ornithological Society (AOS) to consider changing the eponymous names. In an opinion piece in the Washington Post, they said these names serve as “verbal statues” – memorials from a colonial past “that have woven the fabric of systemic racism into all aspects of our lives, including the birds we see every day â€.

On their website, Bird Names for Birds, they note that some of the fellows honored with bird names are more than just obscure naturalists like Hutton.

John Kirk Townsend has two birds named after him: Townsend’s Warbler and Townsend’s Loner. On an expedition to the Pacific Northwest in the 1830s, he studied the birds and mammals of the region. But on other expeditions, he dug up native cemeteries to collect skulls for a friend who studied human skulls – research others used to argue that people of German and English descent were superior. to other races.

Bachman’s Warbler and Bachman’s Sparrow are named after John Bachman of Charleston, SC, a respected Lutheran minister and accomplished naturalist who collaborated with John James Audubon himself. Although he wrote that blacks and whites were part of the same unified human species, he also said that blacks were “vastly inferior” to whites and “incapable of governing themselves.”

These uncomfortable facts shook the birding establishment. Last year, the North American Classification Committee of the AOS – a sort of Supreme Court for bird disputes – changed the McCown’s Sparrow to Thick-billed Sparrow, erasing the name of Confederate General John Porter McCown. Now, an ad hoc committee of the company is examining the whole issue of what the AM calls “proprietary or harmful” bird names.

During an online roundtable in April, some of the biggest figures in the ornithological world gave their support for the name change. David Allen Sibley, author of a series of authoritative bird guides, said it was about respect – not just respect for those hurt by colonialism, but “respect for birds.” who should “not have to recall our own difficulties.” the story.”

Another bird guide author Kenn Kaufman said it would feel strange now to look for a Bachman sparrow in Georgia with black friends. Why not just go back to an older and more useful name: the pine sparrow?

Not everyone feels the same. In comments online about the renaming movement, some bird watchers say the renaming of birds is just another example of political correctness going wild. Others say it opens a box of worms: if we erase the namesake birds, why not animals (Blanding’s turtle), plants (Queen Anne’s lace), celestial bodies (Halley’s comet) or parts human anatomy (tubes)? Where does it end?

Still others say it would plunge the bird naming system into chaos, destroying the stability and continuity that comes with having names that everyone knows.

In 2018, they changed the name of the Gray Jay to the Canadian Jay, which it had worn from the 1800s until 1957, and removed what Canadian birders considered an affront to the mischievous bird. Twenty years ago, they gave a new, less offensive name to a duck called the old squaw: the long-tailed duck.

In addition, birds have two kinds of names: the common (like the American robin) and the scientific (Migratory Turdus). Bird Names for Birds is focusing its campaign on common names. For now at least, Hutton’s vireo would remain Huttoni vireo.

If all of this fails to convince, Bird Names has another argument. â€œIf we could just say right now we’re going to do it,â€ Ms. Rutter says, â€œthink how fun it would be to think of new names.â€

The bird world already has a few corkers: the superb fairy wren from Australia, the magnificent red-backed shrike from Africa, the dusky tit from Europe and Asia, the red-rumped bush tyrant from South America , the devilish nightjar of Southeast Asia.

Mr. Attia from Vancouver has a more modest idea for Hutton’s vireo, the one he saw on his bird walk. The little songbird bears an almost frightening resemblance to a species from an entirely different group: the ruby-crowned wren. Easy, therefore: wren vireo.

This would give bird watchers a handy clue (that’s the one that looks like a wren) – and the more birders, the better. A 2019 report found that North America had lost about three billion birds since 1970, about a quarter of their number. As Mr Attia says: â€œAnything we can do to help people care about birds is a step in the right direction.