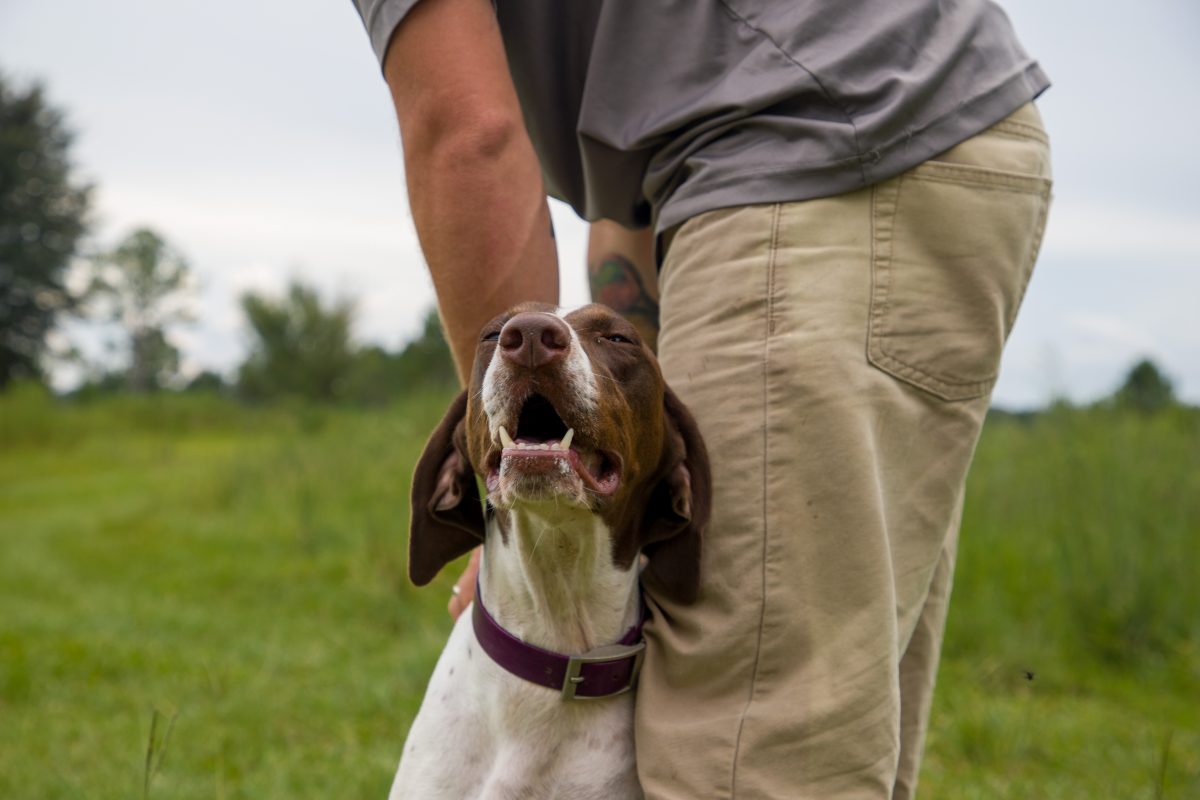 Despite economic hardship, a few Archer game reserves are thriving

Swaddled in his owner’s arms, a seven-month-old German Shorthaired Pointer takes a ride in the bed of Jacob “Huck” Huckabee’s white Chevrolet truck.

At Emerald Creek Kennels in Archer, Dude is the youngest of 14 Huckabee hunting dogs he trains alongside his wife, Logan, and their four-legged clients.

“He’s pissed off,” Huckabee shouted to his wife as the pup continually barked in protest. “It’s man.”

Over the past six years, the two have laid the foundation for a successful bird hunting and dog training business at Watermelon Pond Plantation. But as their business grew, the Huckabees struggled to find help, even after posting an ad on Facebook.

The national labor shortage and rising prices after the onset of the COVID-19 pandemic returned to roost in North Central Florida. And that has made it difficult for small businesses in the state, like the Huckabees and other rural outdoor recreation, to succeed. In Florida, the low unemployment rate of 2.7% in July and August explains the increasingly tight labor market.

Huckabee said it would be nice to have younger help to feed the dogs and do the daily chores, but he couldn’t find anyone.

“It seems like a smaller and smaller community, and it doesn’t seem like there are a lot of younger people interested in or exposed to this industry anymore,” Huckabee said.

One of their mentees, Mitch Caraway, 18, of Baker, Fla., used to help with filming before he went to college. He said he was sad they couldn’t find new help and he was worried about the whole industry. Caraway said he didn’t know any peers working in the hunting industry.

“It’s a small industry with the dog-bird world and I don’t mean it’s going away, but if it wasn’t for them there would be a lot less trained dogs in the field. “Caraway said.

Inflation also causes problems for the Huckabee. Supply chain issues have increased the costs of supplies needed to maintain their business. He said even a few dollar increases for supplies really add up.

About six months ago, Huckabee said he raised prices for his kennel customers by $100 for trainings and they got stricter on bird numbers during shoots. Luckily he said the customers were friendly.

When it’s not hunting season, there’s still plenty of dog training and grounds maintenance to be done, including designated burns to clean up parts of the overgrowth in the oak hammock, said Huckabee. However, it is difficult to manage with only two of them.

Huckabee shows off several of his dogs at gun dog shows, but Timber, a Boykin Spaniel, and Avery, a German Shorthaired Pointer, are his most prized possessions — he likes to call them “Team A.” If they win, the prizes offset their costs.

With competition and regular customers for hunting and training, the Huckabees can stay afloat financially unlike other game reserves.

Angel “Doc” Reyes, 68, is a hunting guide at Timberlake Preserve and a neighbor of the Huckabees. Since retiring from his dental practice in 2014, he has run his own pheasant and quail hunting operation in Archer. He too has noticed the rising costs driving out other local recreational hunting businesses.

“Birds are expensive as hell,” said Reyes, who buys pheasants for shooting. Over the past few years he has had to change suppliers and the price has more than doubled from $8 to $18 per bird.

Reyes intends to conduct around 45 hunts this season and three pheasant shoots for his clients. Later in the season, he will take a group to Argentina and Spain for bird hunting for the first time since 2019.

His first hunt was on September 16 and he is already booked for the rest of the season. Over the past eight years, Reyes has built up a loyal following. While he may raise the price so they break even, he admits he’s not doing it for the money.

“You do it out of love,” Reyes said. “It’s my therapy. I tell my wife it’s cheaper than a psychiatrist.

When checking out nearby reservations, however, Reyes said some simply no longer exist because the cost of running their business outweighs their profits.

“Other companies like me are struggling to break even or they just went bankrupt.” Reyes said. “They are suffering like any other business. It’s sad because they are my friends.

Going forward, Huckabee and Reyes said they will continue to serve their customers, despite the challenges they face running their businesses. Logan Huckabee said she couldn’t imagine doing anything else.

“If you had asked me five years ago if I would be here to train obedience, guide and chase everything I could, I would have told you that you are crazy,” she said. . “But everything happens for a reason. You need to find positivity in everything you do.