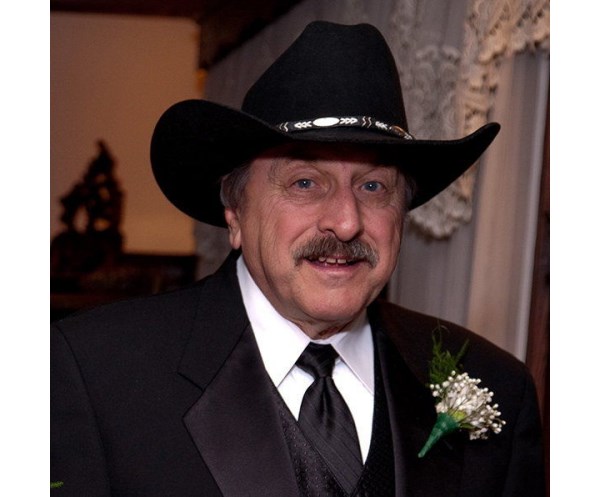 Edward “Eddie” C. Wechsler, of Lehman Township, passed away peacefully at his home on Wednesday, January 12, 2022, surrounded by his family.

Eddie was born August 26, 1944 in North Coplay to the late John and Cecilia Yost Wechsler.

He is predeceased by his brother, John Wechsler.

He attended Whitehall High School and then went to serve in the United States Navy. He worked for various armored truck companies for 25 years. Then worked until his retirement for the Borough of Public Works of Coplay. He recently celebrated his 50th wedding anniversary on November 6, 2021.

Eddie enjoyed watching and attending various sporting events. He spent his Sundays watching the Los Angeles Raiders play football and witnessed their 1984 Super Bowl victory. Once spring came, the television switched to New York Yankees games, and fall brought the Philadelphia Flyers. He could always be seen cheering on Dale Earnhardt whether he was at home or hanging out in the infield with his friends.

Neighbors were always waving or stopping to talk as Eddie was out doing countless activities. From gardening to hobbies, he spent most of his days outdoors. Hunting and fishing with his family and friends was one of his favorite activities. He trained and hunted regularly with his pet Weimaraner for pheasants. This love of hunting inspired him to start the Rings and Wings business with a good friend of his. With the sale of 7,000 birds a year, this business has opened the doors to many new friendships.

Eddie listened to country and 50s music all the time. His restored 1955 Chevy Bel Air could still be seen at various car shows and cruises. Putting on his motorcycle gear and riding for hours with his wife on her Harley Davidson was something that gave him great joy.

His family and spending time with them were very important parts of his life. He made sure to attend Sunday Mass each week and recite the Rosary daily. When Eddie was around, you could see smiles and hear laughter coming from everyone he came in contact with. Her cheerful demeanor was appreciated by all. He will be greatly missed by his family and friends.

His final journey will be on angel wings to a better place. He will be blessed with a clear mind and will finally be able to remember all the love he shared throughout his life and how much his family loves him. Now he can enjoy the company of friends and family who came before him while waiting for us to follow him.

He is survived by his wife, Lucille A. Wechsler; daughters, Cynthia, wife of David Ruch; and Amanda, wife of Robert O’Toole III; granddaughters, Helena, Lucy and Reagan; sisters, Irene Stranzl; and Kathleen Kies; brother, Ronald Wechsler; and many nieces and nephews.

A Christian burial mass will be held Friday at 10 a.m. at Our Lady of Mount Carmel, Silkworth Lake, 2011 State Route 29, Hunlock Creek.

Private interment will be at the convenience of the family at Ss. Peter & Paul Ukrainian Cemetery, Plymouth Township.