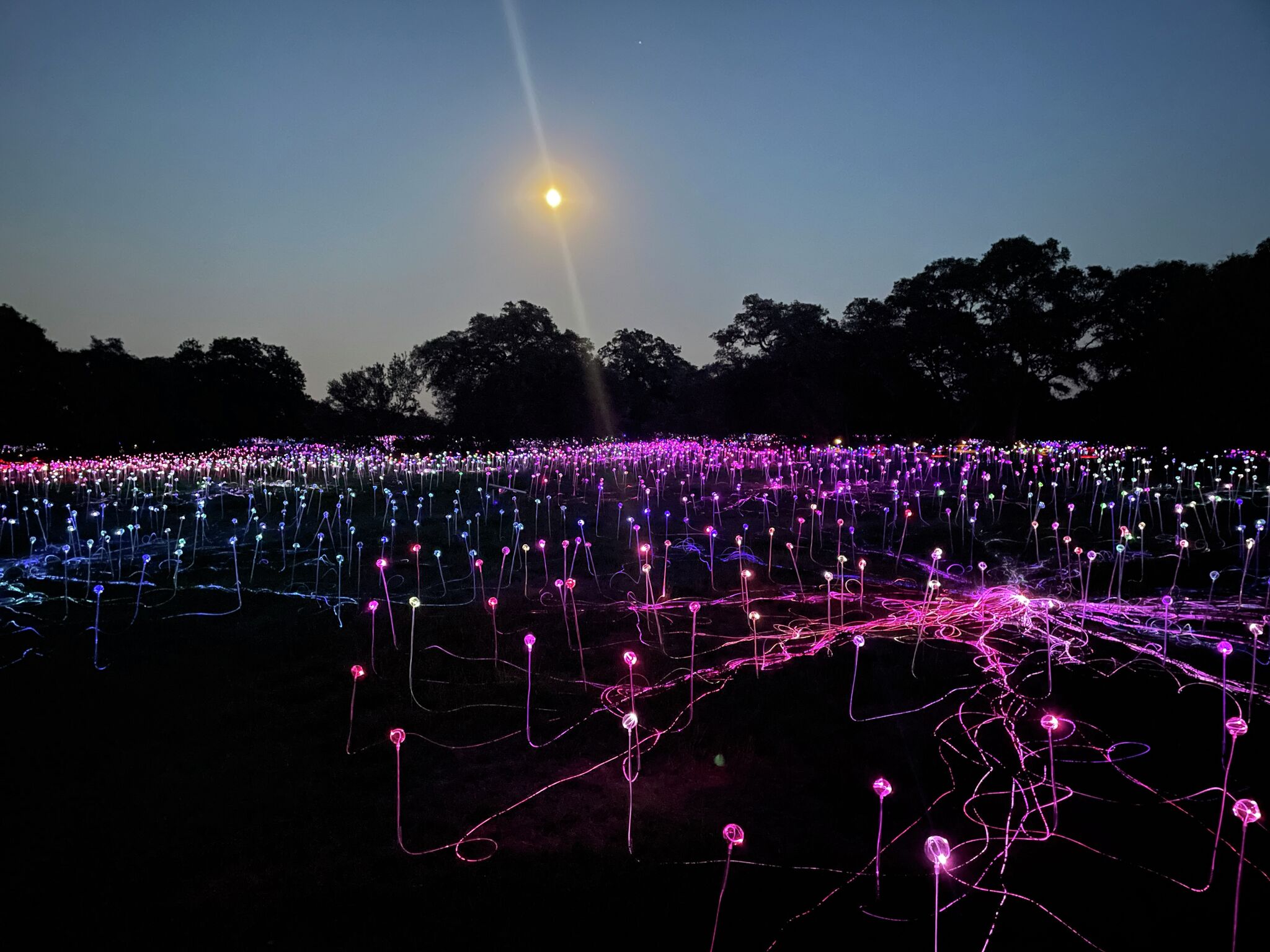 So imagine my surprise as I roamed the Wildflower Center Arboretum on Thursday evening, September 8, expecting to capture the perfect Instagram photo to make my friends jealous. It’s not open yet, you see, but I, a journalist, have been allowed in. Jaded as I am, I’m not immune to the charms of the humblebrag.

But it wasn’t meant to be. Of course, I got some great photos, like the one above. But what first struck me as a line of marketing – “you just have to buy tickets” – rang true as I pulled out my phone and took over three dozen unusable photos. The truth is that Field of Light, the stunning installation by renowned British and Australian light artist Munro, can be filmed It just looks about 50 times better in person.

On Friday, September 9, when the first guests walk through the 16-acre arboretum, they will experience what I did upon entering the grounds. Two weeks ago, I saw it during the day, when some of the Wildflower Center’s 250 volunteers were screwing bulbs onto stems. Those I interviewed described the view as they approached the arboretum at dawn as “breathtaking” and “magnificent”, and I had seen the photos of Munro’s work in Paso Robles, test shots for the Wildflower Center light field. I was excited, but not quite ready for what I was about to see.

I can recommend getting to Field of Light early, just before sunset. The lights flicker and flash individually, and slowly. As we entered, just before dusk, the blues and reds began to appear in front of us. My kids begged to start walking, but first I wanted to see the arboretum come to life from above.

The VIP area is an elevated platform with seating and a spectacular view of the facility. But to really experience Field of Light, you have to walk around the arboretum. Beyond the sheer size of the exhibit – the approximately 28,000 glow-in-the-dark bulbs – the immersion is the point. As we walked the path, my daughter noted the position of the moon, which peeked out from behind a tree from time to time. When it got really dark, the lights almost at full power, my wife pointed out the trees in the middle of the exhibit.

That’s why, Munro told a pre-dark talk, the Lady Bird Johnson Wildflower Center was his first choice when C3 presented a list of Austin-area locations for Field of Light. two years ago. He is drawn to gardens, and he sees people’s postures and faces change when they come out. The rolling hills and the trees that occupy them are an integral part of its luminous design.

“Doctors should prescribe gardens for patients,” he told the group gathered in the auditorium, just before we saw the garden he had transformed.

Seemingly out of nowhere, as we reached a particularly stunning section of Field of Light, my daughter was taken by the juxtaposition of trees, thick and dark, against the colored light bulbs.

“The trees make a beautiful background for the lights,” my daughter said. Even she looked stunned as the words passed her lips.

It was as Munro said in his pre-dark speech. The artist described a leap forward at the start of his artistic process, a leap in which he realized that art could be felt emotionally even though we couldn’t conceptualize exactly what we were seeing.

My daughter is smart, but she’s a budding artist at 8. I don’t know yet how much she really understands, intellectually, composition. But standing among the pinks, oranges and purples, the colors swirling as we wrapped around this landscape, Field of Light spoke to her.