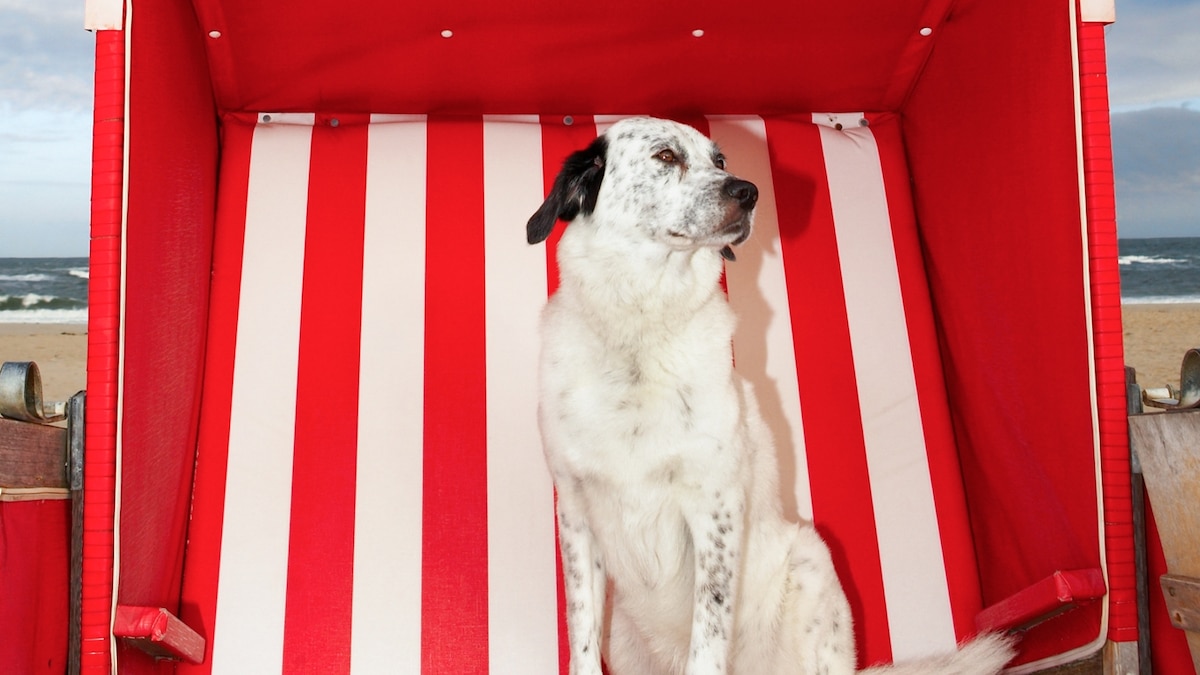 Record-breaking heat in parts of the United States has put many wildlife in crisis: chicks leaping from nests, mussels boiling in their shells, and bears braving public beaches to drink water.

While it is not so obvious, rising temperatures and extreme weather events brought on by climate change are also affecting animals closest to us. Cats, dogs, rabbits, rodents, and other small mammals, reptiles, and pet birds all sense and show signs of overheating in different ways than we do. Here’s what you need to know about how your pets are trying to cope with the heat, and how to help them.

How do animals cool down?

Pet owners “sometimes judge the heat by how they feel, and that’s not what we need to do,” says Barbara Hodges, veterinarian and director of advocacy and outreach for the Humane Society Veterinary Medicine Association , located in Davis, California. A perfect example, she says, is that â€œpeople always forget how hot asphalt isâ€ because we never have to touch it. “You are driving somewhere [with your dog] and I’m like, oh, I’m gonna run across the parking lot to the clinic, not realizing that it would really hurt if you didn’t have shoes on.

Animals respond to heat physiologically differently from humans. To regulate body temperature, we sweat through our skin, from head to toe, and the sweat evaporates, cooling our body.

Dogs and cats only sweat through their paws and noses; rabbits and birds do not sweat at all. Dogs rely on panting as their primary means of cooling off – this allows water to evaporate through their lungs, tongue, and wet surfaces of the mouth. Cats generally groom their fur to stay cool; saliva evaporates from their fur.

While it may be tempting to shave your furry animal in the summer to help keep it cool, don’t, says JosÃ© Arce, veterinarian and president of the American Veterinary Medical Association. It may sound counterintuitive, but the fur acts as an insulator; it helps keep animals warm in winter and cool in summer, “like the roofs of houses with layers of insulation,” says Arce. In addition, it protects them from sunburn, to which they are as sensitive as humans.

Coping with the extreme heat

But this year’s extreme temperatures have put us “in new territory,” Hodges says. While pets have adaptations to deal with normal summers, they “don’t deal with extreme heat.”

Extreme heat “can overwhelm an animal’s thermoregulation, preventing it from shedding that excess heat and possibly causing heat stroke, which can be fatal,” says Arce.

All pets are susceptible to heatstroke, but some are at greater risk, says Arce. Brachycephals – short-headed dogs like pugs, bulldogs, French bulldogs, and Boston terriers – have narrow windpipes and may have trouble exhaling air, which means they may have difficulty exhaling air. to stay cool. Animals with heart problems and overweight, very young or very old animals can be just as vulnerable, he says.

The environment they’re used to is also important, Hodges says. â€œA dog that grew up in Phoenix will be much more used to hot weather than a dog that comes to Phoenix on vacation,â€ she says.

Heat stroke can happen anywhere. â€œI have lived in Louisiana, Massachusetts and Puerto Rico, and have seen heatstroke [in pets] in all three places, â€says Arce. Often, heat stroke can be triggered by leaving dogs in cars, even in 70-degree temperatures, for a few minutes, he says.

Never leave your pet in a closed car unattended under any circumstances, says Arce. If the outside air is 80 degrees, the temperature in a closed car will reach 100 degrees in about 10 minutes. (If you see a pet trapped in a hot car, experts advise you to try and locate the owner, call local animal control, and stay with the animal until help arrives. Read the laws in your state to find out who can step in to save an animal trapped in a hot car.)

Even normal activities can lead to heat stroke when temperatures are extreme. â€œPreviously, it was okay to leave a dog in the yard for a few hours on summer days,â€ says Hodges, but with the rise in temperatures triggered by climate change and frequent heat waves, it’s important to be more vigilant.

How to protect your pets from extreme heat

â€œYou don’t want animals to be out of your sight for very long in extreme temperatures, whether it’s hot or cold, because things can change very quickly,â€ she says.

During heat waves, Arce recommends keeping your pets indoors and away from windows, and walking the dogs early in the morning or later in the evening, when air and pavement temperatures have risen. cooled. Provide plenty of water and even ice packs that the animals can lie on.

Signs that your pet may be in distress from heat exposure include lethargy, excessive panting (or any panting in rabbits), rapid breathing, tremors, drooling, excessive restlessness, and starvation prolonged appetite. If these symptoms occur, Arce says to contact a veterinarian for advice. The most serious symptoms include vomiting and diarrhea. Purplish gray gums and tongue and the inability to stand are signs of extreme distress in dogs.

Birds may have difficulty spreading their wings away from their bodies or panting. Although many reptiles are heat adapted, extreme heat can still affect them. Signs of distress may include rapid breathing, heavy panting, excessive shaking, and an agitated appearance. Reptiles can become disoriented and confused in extreme heat and stop moving or pass out.

Individual vets are in a good position to counsel pet parents, Hodges says, but at the industry level, â€œI don’t think there has been a concerted effort to focus on climate change and its impact. impact on pets.

With warming temperatures and more frequent and extreme weather events, she says, educating people about the risks to their pets is more vital than ever.

Advice: Keep pets indoors and out of direct sunlight, especially those that live in cages or terrariums like reptiles, rodents, and birds. In a hot environment, don’t leave your pets out of sight for too long. Do not shave your pet’s fur. Never leave your pet in a closed car, even in mild weather. Walk the dogs early in the morning or evening and smell the temperature of the sidewalk to make sure it is not too hot. Animals must have free access to water. If it’s hot inside, leave ice packs and frozen water bottles that dogs, cats and other small mammals can lie against. Gently moisten a rabbit’s ears with a cold washcloth (but never bathe a rabbit, it can result in shock and death).

Traffic signs: Pets can grow and deteriorate quickly as a result of heat stroke. Signs to look out for include: lethargy, excessive panting (or any panting in rabbits, hamsters, and other small mammals), rapid breathing, tremors, drooling, excessive restlessness, and prolonged lack of appetite. More serious symptoms can include vomiting and diarrhea. Extreme distress may be indicated by purplish-gray gums and tongue, inability to stand, and unresponsiveness.

What to do if an animal is in distress: If your pet shows warning signs of heatstroke, call your veterinarian immediately. If you see an animal trapped in a car that appears to be in distress, look for the owner or call animal control. Laws on intervention, including forced entry into a car, vary by state. Check out yours here. As a last resort, the ASPCA recommends calling 911.