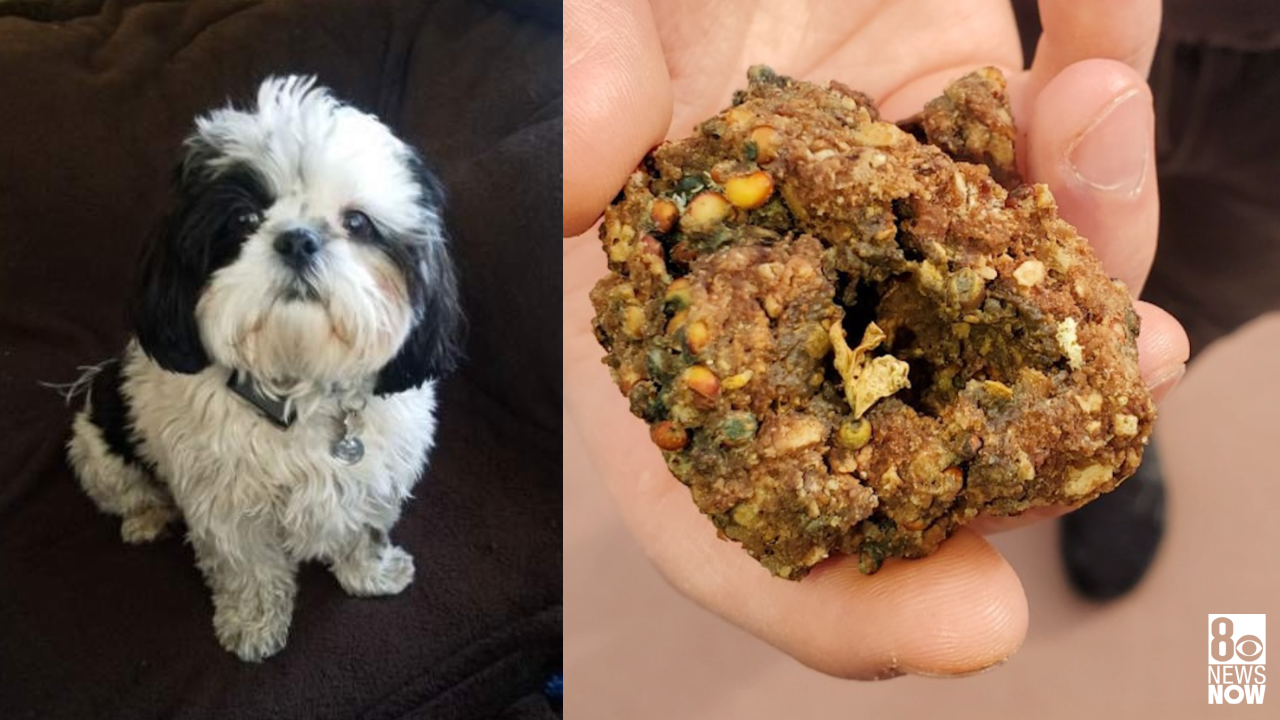 ‘I seriously think this person is a psychopath’, someone poisons dogs in Las Vegas neighborhood

LAS VEGAS (KLAS) – At least four dogs have been poisoned and killed in the West Valley Lakes of Las Vegas, prompting a pet owner to raise money for a private investigator.

“Every day I let them out and they had the freedom to roam around the yard,” Sean Cornwall said of his four Shih Tzus. “Now we only let them out when we’re here with them.”

The Cornwall house adjoins a stone wall on a main street across the lakes. His dog Leia died about three years ago after eating a meatball thrown over their fence.

The meat contained seeds mixed with strychnine, a common pesticide for birds and rodents.

It is deadly to dogs, causing convulsions and internal bleeding leading to death.

“I think they’re looking for dogs, making a mental note and going back and throwing stuff over the wall,” Cornwall said of the person’s tactic.

In the past eight years, four neighborhood dogs have been poisoned. Several others ate contaminated meat but survived with emergency care.

The last known poisoning was in November, but Cornwall fears some dog deaths could be due to contaminated meat, but owners are simply unaware of the link.

“I think for sure this guy is still active,” Cornwall said. “Maybe not on my street right now, because everyone’s watching.”

Cornwall installed an extensive array of cameras pointing into his yard and the street behind him. There are also the four security guards who can deter the serial dog killer.

Since the latest death, Cornwall has launched a GoFundMe page to raise money for a private investigator. He also hopes the homeowners association and the city will install better streetlights and prune trees.

“This person has eluded law enforcement for nearly eight years,” the GoFundMe page reads. “We have to take matters into our own hands if we want to catch this person.”

Cornwall also raised a $10,000 reward with the help of People for the Ethical Treatment of Animals (PETA).

“It’s very difficult to catch this abuser because it seems like he’s coming and going,” said Councilor Victoria Seaman, who represents Ward 2, which includes the Cornwall ward.

Seaman said Metro police were working on the case, but it may have been a neighbor who saw something out of the ordinary that could lead to the case being closed.

“We need your eyes and ears,” Seaman said, “If you see anyone in any area throwing food or something over a fence, please contact law enforcement. order.”

Cornwall fears the person has moved to another part of town. He also noted that killing and harming animals is a gateway to other, more heinous crimes.

“I seriously think that person is a psychopath,” he said. “That’s where they start: the birds, the cats, the dogs, and they progress, through the progression to humans.”

Subway Police previously told 8 News Now that the situation was being investigated by Summerlin Area Command.

Authorities note not to let your dog eat anything on the street and to be aware of what may be in your yard.

Around Livingston for January 19, 2022 | Livingston/Tangipahoa