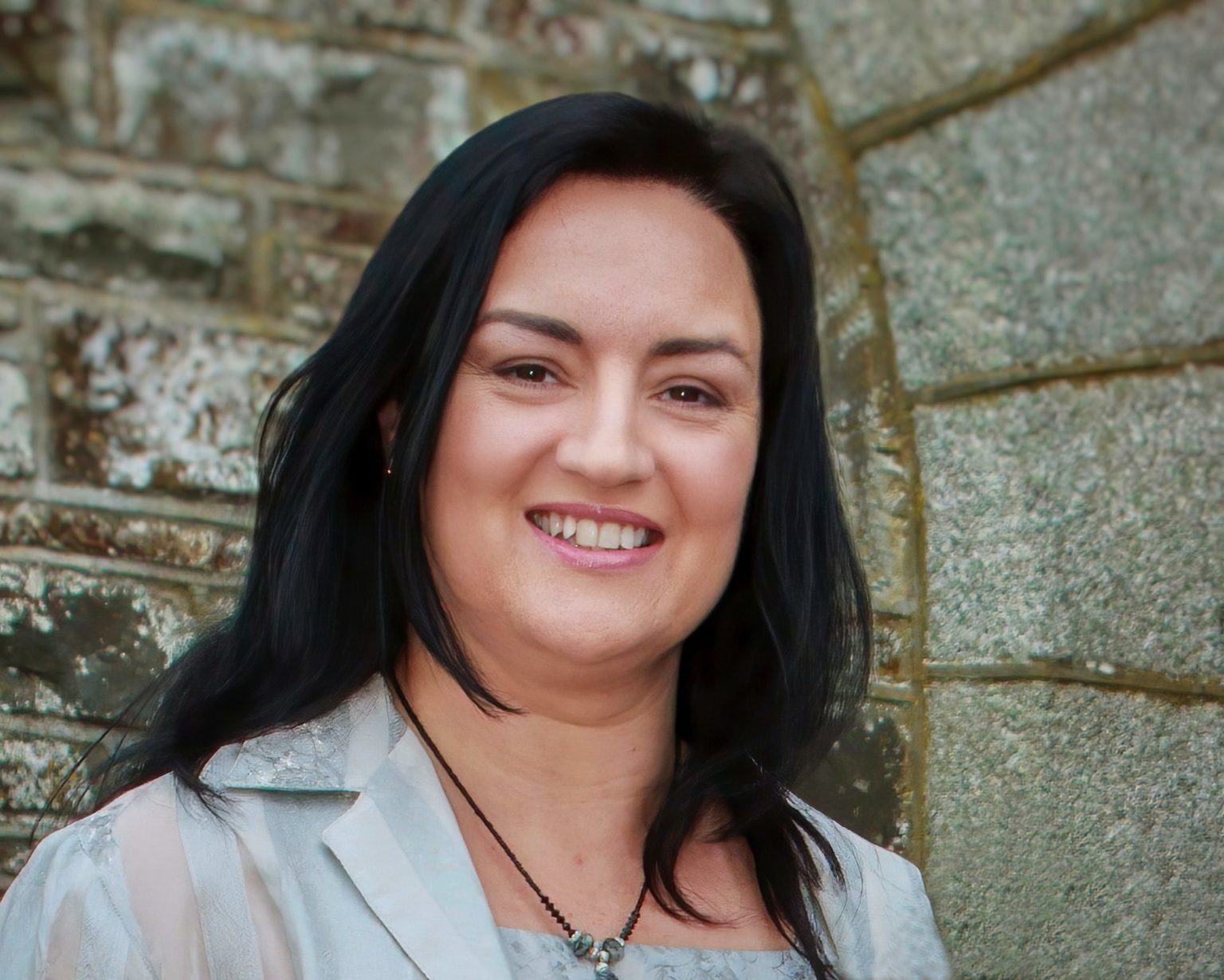 BEATRICE Pembroke Walsh of Killeshin has lived her life to the fullest. She spread sunshine and joy wherever she went and, from her earliest moments, was determined to leave her mark on this world. For her family and many friends, she has achieved this and so much more, and despite being diagnosed with a terminal illness just over 12 months ago, Beatrice has insisted on living life to the fullest, no matter what. that life has in store for him.

Béatrice was unfortunately diagnosed with leiomyosarcoma (LMS), a rare and aggressive cancer. Despite that, she swore it wouldn’t define her life. Always the heart and soul of every gathering, Beatrice was determined to carry on with life as she had always lived it.

A proud woman from Kerry, Beatrice first arrived in Carlow as a student at IT Carlow (now South East Technical University) in the late 1980s, graduating in 1990, but returned in 1998 after her marriage to David Walsh, also a proud Kerryman, where the couple first lived in Beechwood Park, Pollerton before moving to Lower Rossmore, Killeshin in 2000, where she lived until her death on Tuesday 4 october.

Daughter of Tom and Helen Pembroke, Beatrice was born March 14, 1969 and grew up in Castleisland in the loving embrace of her parents and older brother Brian. She had an incredibly happy childhood in Castleisland, where her father ran a drapery shop on the high street. Always outgoing, her love of people led her to spend many hours in the shop watching her father tend to customers. This fostered in Béatrice an entrepreneurial spirit and a permanent interest in others.

After her Leaving Certificate at Presentation Convent, Castleisland, Beatrice studied Industrial Product Design at IT Carlow. It was a natural choice for Beatrice – a fabulous artist, she won her first of many painting prizes in an adult art competition at the age of 11.

After completing college, Beatrice tenaciously pursued a hugely successful career as a graphic designer for two Kerry-based companies. After graduating, Beatrice first joined JJ Sheehy Designs in Tralee as a trainee graphic designer. She excelled at her job and carried out her duties with complete ownership and attracted the attention of many customers and suppliers.

She was then recruited by the CEO of Delpac Limited, an ambitious graphic design start-up based in Ballinskelligs, South Kerry. Beatrice moved to Cahersiveen and joined Delpac as a senior graphic designer.

At Delpac she again put her head down, worked hard within the management team and when sales were not going as fast as expected, she took on the additional role of Regional Sales Manager for Cork and Kerry. Beatrice proved to be a born salesperson and, with her natural positive attitude and technical background, excelled and became the top salesperson in the business. But the apple never falls far from the tree and Beatrice, like her father, was destined to become a successful entrepreneur. Her instinct and desire to run her own business was strong and after four great years at Delpac she took the very courageous decision to start her own business, Creative Design Ltd, combining her artistic talents, engineering mind and skills. entrepreneurial.

His mission was to help his clients grow their business by strategically positioning their products and services through high quality packaging design, brochures and other marketing materials. She quickly realized that customer service could be a competitive advantage and developed a close relationship with clients, where speed of response and quality of design were of paramount importance.

Creative Design was an exceptional success and over the next eight years Beatrice was sought after by iconic clients such as Kerry Local Authorities, The White Hotel Group and many more. But when their children Patrick, Clodagh and Christopher were little, business naturally took a back seat. And just when she was ready to resume her creative and entrepreneurial journey, illness struck.

His creativity and artistic talents were spotted at an early age by teachers at Castleisland Primary School. She had a natural ability to look at an image or scene, save it in her brain, and transfer it to a canvas. But his artistic talent went far beyond art and painting, it extended to music and singing. A talented musician, she could pick up any instrument and master it. In particular, she was an accomplished guitar and tin whistle player. As a child, she studied the piano and reached the 8th grade standard before the age of ten.

She was also an accomplished singer, and her version of ***Caledonia*** and ***Problems in the fields*** would give Dolores Keane and Nancy Griffith a hard time. At the height of her illness, Béatrice found the strength to record an album of her favorite songs, available on Spotify.

Always curious, Beatrice was constantly looking to broaden her horizons – whether through travel or books, reading an average of two books a week – and she was always ready for new adventures to challenge herself. Béatrice even found time to take flying lessons at Baldonnel airport, where she learned to fly a Cessna plane!

Beatrice’s warmth, good humor and optimism drew people to her like the proverbial moth to a flame. But what made Beatrice even more special was her innate ability to know when someone was struggling and when to reach out in friendship. Often it was her ability to simply listen without judgment or comment, to let people know she was there when needed, that comforted her the most. Advice was rarely and wisely given.

But if Beatrice loved company, she loved none more than that of her husband and soul mate David and her three amazing children Patrick, Clodagh and Christopher. Family was his priority. To David, she was a rock, a best friend, his biggest supporter and a loving partner for over 30 years. Beatrice and David met at the O’Flaherty pub in Dingle over the August Bank Holiday weekend in 1992. It was obvious from that first meeting that something special was going on and that they would be kindred spirits for life.

The couple were married at Castleisland Church, Co Kerry on the August Bank Holiday weekend 1998. David was working at Keenan’s of Borris at the time and after the wedding Beatrice moved back to Carlow. Initially they settled in Beechwood Park in Carlow, but after the birth of their eldest child, Patrick, they moved to Lower Rossmore, Killeshin in 2000.

For her children, of whom she was so proud and rejoiced in all their accomplishments, big and small, Beatrice was the heart and soul of their home. With David, she showered love and encouragement on her children, helping them to be the best people they could be and ensuring they felt the loving embrace of a happy childhood, just as she did in growing.

Beatrice was a firm believer that education was the key to a successful career, but she never pushed her children or pressured them to succeed. She just wanted them to make the most of their talents and be the best version of themselves. She was delighted when they all did their best in the Leaving Certificate and was immensely proud that all three had decided to study engineering at third level – Patrick at UCD studying Chemical Engineering, Clodagh Biomedical Engineering at DCU and Christopher just started engineering at DCU as well.

She loved nature, seeing the wonder of God’s creation in all things and recycling 20 years before it was fashionable or urgent. She loved birds and animals and was happiest on the lawn playing with the family’s two dogs, Max and Sky. She also had a special affection for Kitty the cat. In winter, Beatrice left out food for robins, wagtails and other small birds… she had names on each of them. Her favorite time of year was late spring/early summer and she was woken by the chorus of dawn every morning.

Beatrice’s values ​​and her approach to life were firmly rooted in her love of God, the teachings of Jesus Christ and her deep faith. A faith that she lived every day. When she was in a foreign city, she would visit each church to say a prayer, make three wishes, and marvel at the marvelous architecture; his favorite being the Cathedral of Saint Mary of Valence, where the Holy Grail is displayed.

His acceptance of God’s will was firm, even during the darkest days of his illness. She passionately believed that she would see the face of God and this brought her great comfort and strength.

Once she was diagnosed with LMS, Beatrice immediately thought of others. She wanted to make sure that no other woman had the same experience as her. She established the Beatrice Pembroke Walsh Foundation to raise awareness of this extremely rare disease, as well as to raise funds for cutting-edge research.

Beatrice’s family takes comfort and strength in knowing that even though Beatrice has returned to God, her legacy will live on. She continues to live in each of them and her spirit will never be far from them. She did not leave from them, but before them and they share her conviction that they will meet again one day. Until then, they cling to the fond and happy memories of the times they shared together.

His requiem mass was held at Holy Cross Church in Killeshin on Saturday 8 October at 11 a.m. and his burial took place immediately afterwards in the adjoining cemetery.

She is survived by her husband David, her children Patrick, Clodagh and Christopher, her parents, brother, brothers-in-law, sisters-in-law, aunts, uncles, relatives and friends.

The mental mass of the month for Béatrice takes place at the Holy Cross Church in Killeshin on Sunday November 13 at 10:15 am.