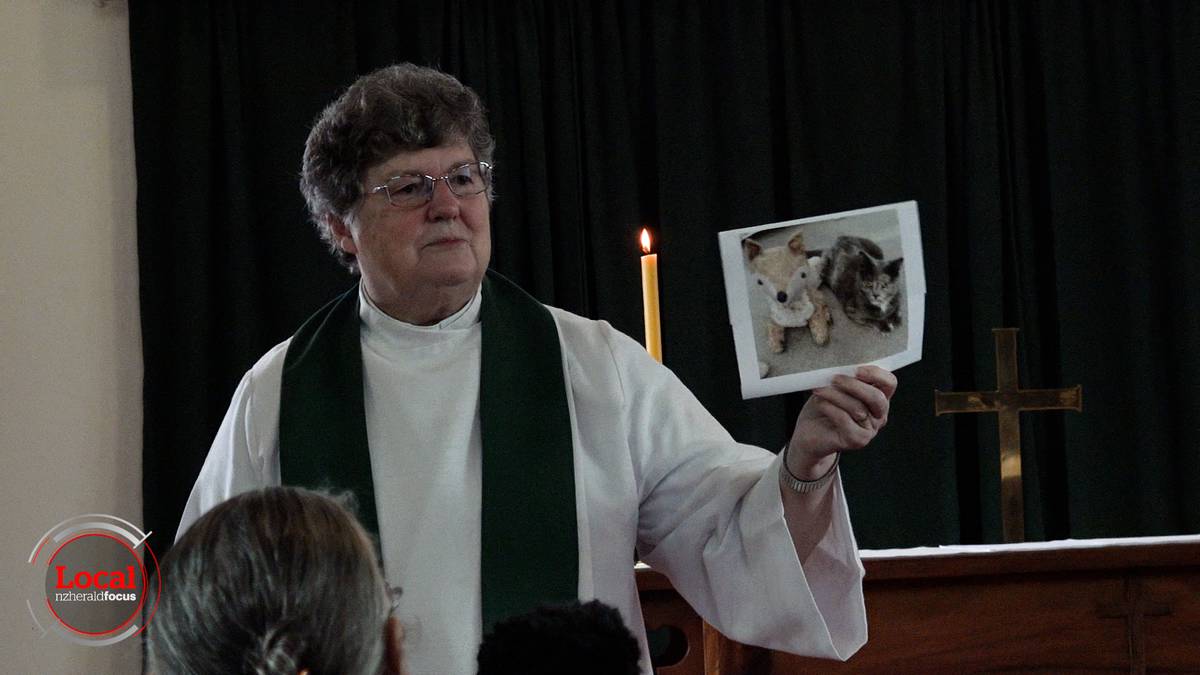 For one weekend only, St Barnabas Anglican Church in West Rotorua opens its doors to all worshippers, whether two foot or four.

For one weekend only, St Barnabas’ Anglican Church in West Rotorua has opened its doors to all worshippers, whether two foot or four, holding a special service observing the feast of St Francis of Assisi, the patron saint of pets and the natural environment.

Reverend Susan Cooper said Saint Francis was known to have had a close connection to the natural world.

“There’s a lot about him preaching to the birds and he considered them his brothers and sisters just like humans,” she said.

The service included a blessing of congregational animals, extending to anyone who can be kept on a leash, in a cage or fishbowl.

And there were blessings for furry friends who couldn’t be there in the flesh, with grieving pet owners bringing a photo to remember them by.

“Bringing a picture means they still remember it and the love continues — it’s just a way of saying thank you,” Cooper said.

The service was part of the Season of Creation, which recognizes the Earth, climate change and the environment; and offers a reminder to act.

Cooper thinks of animals as St. Francis did and thinks there is a place for them beyond the physical world.

“Let there be a pet paradise and a human paradise – St Francis treated all creatures as his brothers and sisters, so I guess he thought and decided that paradise was for all that breathed.

“To me, you know, their souls meet our souls so why wouldn’t they share heaven too?”

The Bear Soundtrack: Every Song From The Disney Plus Drama