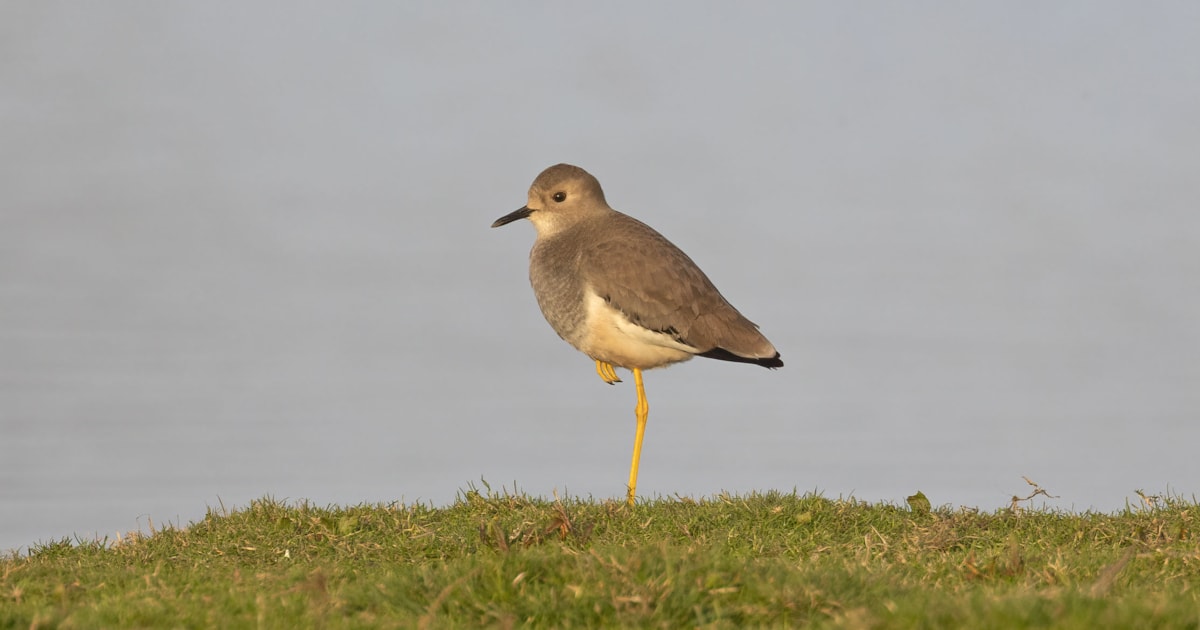 Lucy McRobert: on the road to Hull

I used to think that enjoying the spectacle of bird migration in autumn was a matter of avian geography. Now, I suspect it might have to do with personal geography: where in the world you position yourself as of early fall.

Back in the September issue (Bird watching 351:42-43), I clashed with the fearsome Rebecca Nason as we argued over the ultimate fall birding destination. While Rebecca and I have defended the two extremes of the UK (Shetland v Scilly), it seems we were both wrong. If you want to see rare birds, the best place to stay is a Travelodge on the highway to hell – sorry, Hull.

I suspect that in the years to come, betting your disposable income and vacation allowance on a rather isolated destination will become unfashionable. Sitting twiddling your thumbs anywhere in the Midlands, with the ability to jump in the car at any time, could be the way forward, provided Yorkshire continue their winning streak of attracting rare species.


Blacktoft Sands RSPB in East Yorkshire was honored with this white-tailed lapwing, which was present throughout the autumn (Graham Catley).

People who have adopted this strategy have paid off big this year. Starting with the white-tailed lapwing, the Yorkshire has repeatedly tagged with the green warbler, long-toed stint, taiga flycatcher and two-barred warbler. OK, none of these can compete with a variegated thrush on Orkney, but there’s no doubt Yorkshire will get one next year too. A Houdini-style eyebrow thrush and a single-watcher nutcracker (both in northern Scotland) cannot hold a flag.

For Little Miss Scilly here, who enjoyed seeing just one of the above, it presented a difficult situation. On the one hand, my personal carbon footprint has been unfair. On the other, the nervous husband has turned sulking into an Olympic sport, with him and some local bird watchers forming a support group. It’s the Siberian Accentor debacle yet again (at least we pulled that one), only worse. In 1992, Dr. Rob (says husband) actually published A Guide to Birds and Bird Watching on Papa Westray, which you can always buy in the local store. He doesn’t take it well if you ask when he updates it.

We expect to miss a bird or two in the fall with a strictly scilly strategy, but this year took the mickey. However, with my metaphorical tail firmly between my legs, I refuse to back down from my long-term pro-island stance.

BBRC rarities might have been rare, but I love getting a Scilly list – sprinting for a great crested grebe, chasing a European canary, peering at a lesser scaup, and getting my retina scorched looking at a red-rumped swallow (I swear that at one time it was behind the sun). I love that on Scilly I saw Snowy Owl before Barn Owl, Cedar Waxwing before Bohemian Waxwing and Indigo Bunting before Yellowhammer. And at least I can feel satisfied that I didn’t dislocate my shoulder falling 45m down an embankment into the River Ribble in pursuit of a Belted Kingfisher (on my list).

By the way, I’m delighted that my column now appears monthly. When I was first approached in 2013 by Dominic Mitchell to write for the magazine, I never imagined that all these years later I would still be going strong. I’ve enjoyed my fair share of support and criticism ever since; as one reader put it, “in equal parts inspiring and exasperating”. I’ll take that.

So, to all of you who have been inspired over the past few years, thank you! I’m always on the lookout for new stories and ideas, so keep in touch with me on Twitter and Instagram. To those of you who will now be doubly exasperated by my writing, who are now sobbing into your coffee cups and tearing the page in frustration, I can only apologize. You can also stay in touch, but you might find yourself on mute (only for joking). Thank you!

A tale of wonder, Fledgling is raw and exquisite theater