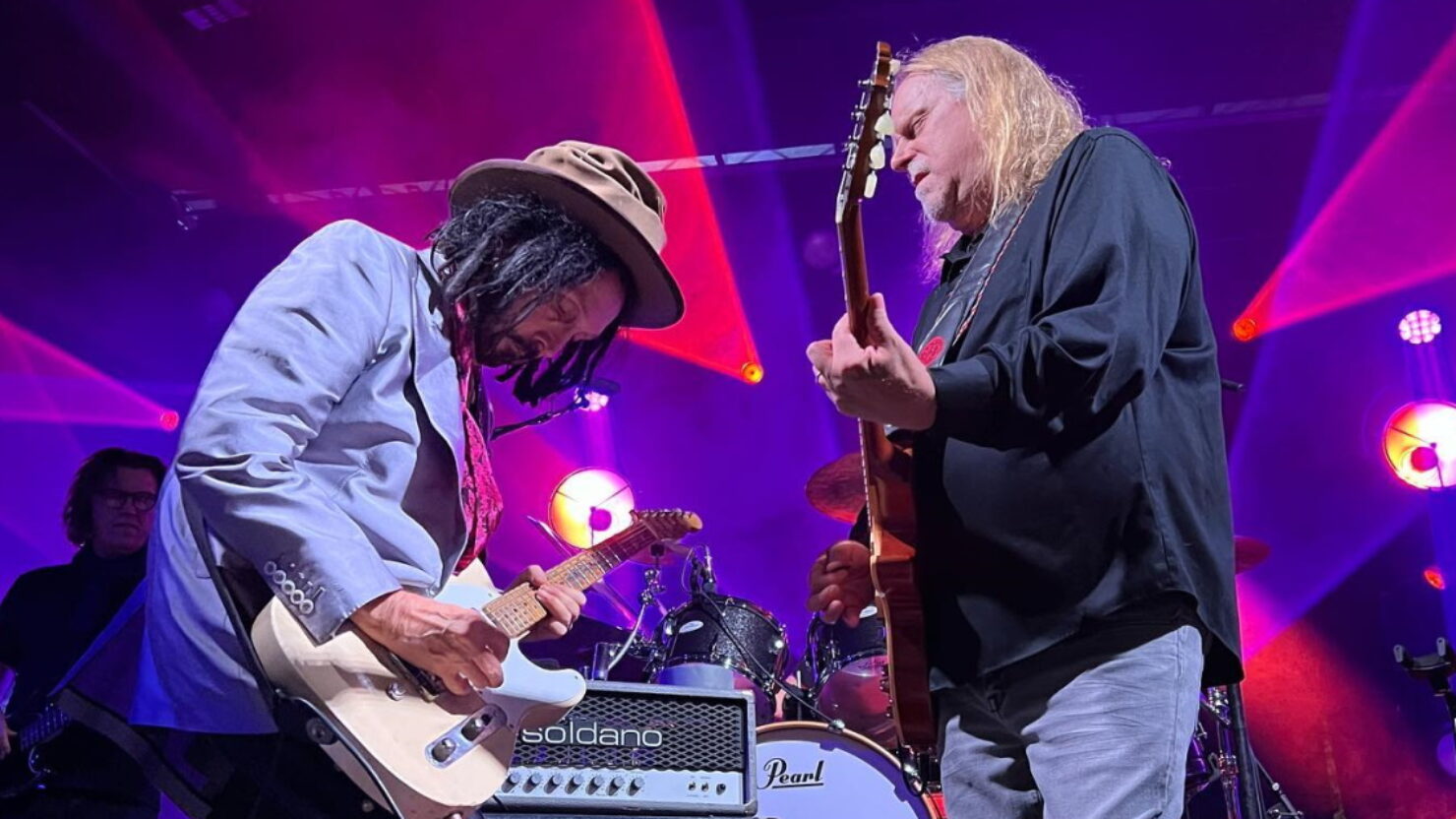 The guest guitarist joined the band for a pair of covers.

Campbell, who was a member of Tom Petty & The Heartbreakers, played a set with his band The Dirty Knobs to kick off Friday’s festivities. The guest guitarist emerged during the Gov’t Mule set, joining guitarist Warren Haynes, drummer Matt Abts, bassist Jorgen Carlsson and multi-instrumentalist Danny Louis on a cover of “Black Magic Woman.” The song was written by Peter Green and first recorded by Fleetwood Mac. Campbell is currently a member of Fleetwood Mac, having joined the veteran rock band in 2018. The guest spot continued with Campbell augmenting a version of John Lennon’s “Working Class Hero.”

Before releasing Campbell, the main set began with the traditional “Railroad Boy”. Mule then followed with originals, “Thorazine Shuffle”, “Banks Of The Deep End”, “Larger Than Life”, “Temporary Saint” and “Time To Confess”. After the guest segment, Gov’t Mule continued with “Kind Of Bird” by The Allman Brothers Band, followed by “Soulshine”. The band closed the set with “Going Out West” and a fitting cover of “Send You Back To Georgia” which came in and out of “Statesboro Blues”.

The encore was “Make It Rain” by Tom Waits and “I Asked for Water (She Gave Me Gasoline)” by Howlin’ Wolf. Gov’t Mule and The Dirty Knobs perform again tonight in Tallahassee, Florida. Watch a brief clip from Friday’s sit-in below:

Again: Make It Rain, asked him for water