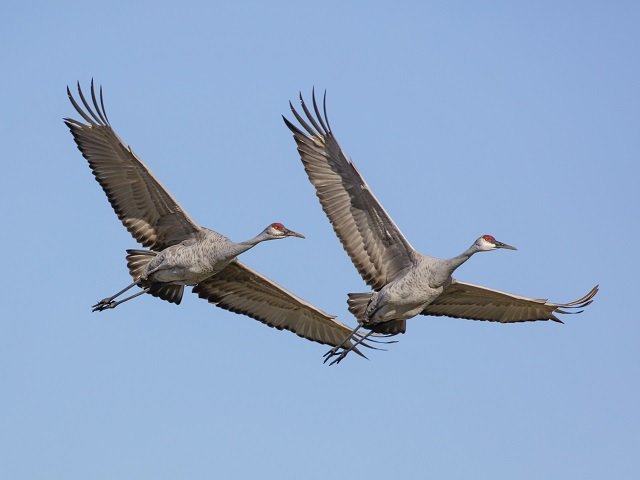 ‘Not a mere bird’ – Isthmus

As long-time professional conservationists for the International Crane Foundation and Madison Audubon, we understand that maintaining the success of thriving species can be just as difficult as saving rare and endangered species. Here in Wisconsin, crop damage caused by increasing numbers of sandhill cranes is a real problem, and one that must and can be solved for the benefit of farmers.

But there is no ethical and sustainable level of sandhill crane hunting that will solve crop depredation. The Proposed Sandhill Crane Hunting Season (Wisconsin Senate Bill SB 620 and Assembly Bill BA 667) would take place in late summer or fall, creating a fundamental and illogical shift in timing; most crane damage occurs in the spring when cranes feed on germinating crops after planting. Hunting approval to trigger payments to farmers through Wisconsin Department of Natural Resources Wildlife Damage Reduction and Claims Program is not a solution either — claims will quickly deplete this fund and few farmers will benefit. Allowing sandhill cranes to be shot on individual farms where crop damage occurs does not solve the problem and simply pushes the surviving birds, and the problem, to neighboring farms.

Wisconsin needs real, lasting solutions to crop depredation that truly benefit farmers and the wildlife they manage on their land for all of us. There is an existing and effective crop deterrent — Avipel – that really works to prevent corn damage. The International Crane Foundation is working to ensure that Avipel is available, affordable and convenient for all farmers, as well as testing and developing alternative deterrents that work better for other crops such as potatoes and peas. This includes working with farmers, companies, seed growers, legislators and everyone else to address this issue. Solutions in Wisconsin will not only help farmers here at home, but wherever cranes and other wildlife damage crops.

But there are other crucial concerns about a sandhill hunt. Sandhill cranes lack the biological traits of game species like geese and ducks that reproduce quickly and can recover quickly.

Crane pairs breed very slowly; most pairs do not successfully nest until they are 4–5 years old, and usually only one hatchling survives to fledging once every three years. Without expert management, sandhill crane hunting could harm their population, especially on key breeding grounds in Wisconsin. Although sandhill cranes are increasing in number, most species of cranes are endangered and declining due to their slow reproduction and the threats they face in the wild.

Our organizations are also concerned about the process by which this bill was introduced and debated. “Many people in Wisconsin feel that our traditions of conservation governance are under threat,” notes Fred Clark, former state legislator and executive director of Green Fire Wisconsin. “We are in uncharted territory today, with almost every issue in dispute. I think many people are concerned that our tradition of resolving these issues in a civil way, in a constructive and ultimately sustainable way, is under threat and that it will be impossible for us to manage natural resources as we have done over the last 100 years. .”

We have to recognize that cranes are “not just birds,” as famous conservationist Aldo Leopold wrote years ago. Cranes evoke a strong cultural and spiritual connection for many people in Wisconsin and around the world. The public’s love and connection with cranes translates into millions of dollars invested each year in crane tourism and associated businesses across the United States. Birdwatching is a large and growing industry in Wisconsin that supports local communities throughout the state. Small businesses, contractors, school groups and nature lovers across the state benefit from the protection of sandhill cranes.

Just because sandhill cranes can be hunted doesn’t mean they should be. The general public’s distaste for a Sandhill Crane hunt will certainly foster a broader distaste for the hunt in that community. Famed Wisconsin writer and outdoor hunter Tim Eisele wrote in a recent blog post“Opening a season to hunt sandhill cranes in Wisconsin is a mistake, and will only turn more non-hunters against hunting and hunting.”

Any consideration of a possible crane hunt should be undertaken using the best available science and diverse opinions while sharing a vision for maintaining healthy crane populations in healthy landscapes. The legislative proposal does not do this and it will not achieve the objectives for which it was proposed. The International Crane Foundation and Wisconsin Audubon Chapters look forward to being part of effective win-win solutions for farmers and the future of cranes in Wisconsin and beyond.

Rich Beilfuss is President and CEO of the International Crane Foundation; Matt Reetz is executive director of Madison Audubon.