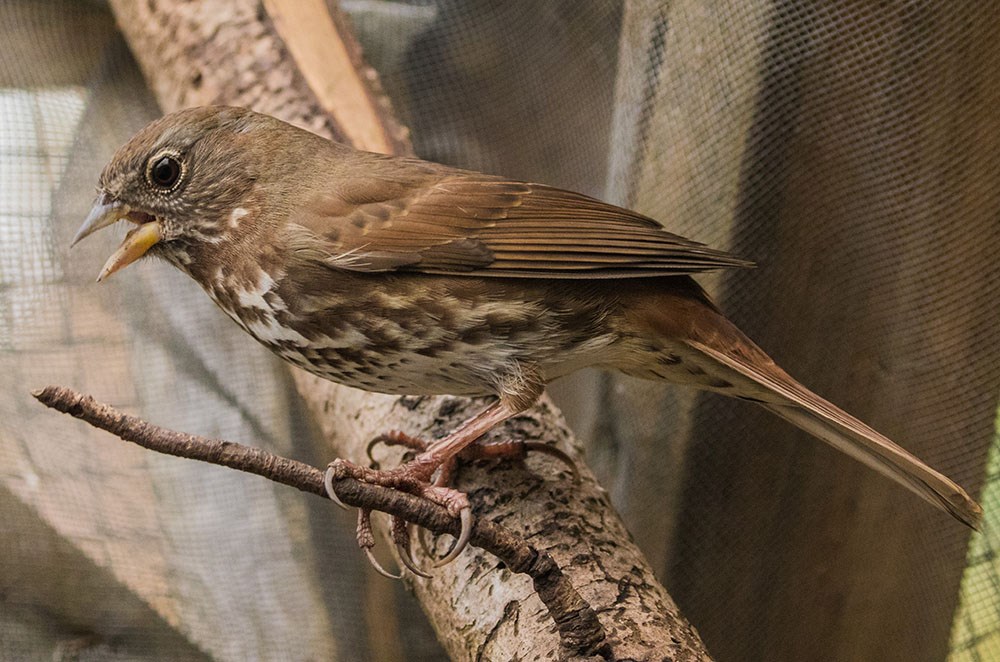 WINTER WONDERS: Although we welcome all the wonderful songbirds like black-eyed juncos, song sparrows, golden-crowned sparrows, fox sparrows [above], Chestnut-backed Chickadees and Spotted Towhee which arrive in the fall and depart in the spring, they are frequently found victims of cat attack.

The resulting bacterial infection then requires a course of antibiotics, as well as wound dressing. All this is stressful for the bird and not always successful.

While we revel in their abundance of chirping and whistling, they are easily blinded by the reflections of our windows, crashing into them, knocking themselves out. Steller’s largest jays and flickers all suffer from the same dangers.

Even a temporary power outage can hide a severe concussion, which does not appear until later, making the bird again vulnerable to attacks by cats as well as other predatory animals.

Songbirds make up nearly half of the world’s 10,000 bird species. They learn their songs and perform them using a specialized voice box called a syrinx. Located at the base of a bird’s trachea, it produces sounds without the vocal cords of mammals.

The vast majority of species other than songbirds make simpler sounds that are instinctual rather than instructed.

Anyone who finds an injured or orphaned bird should place it in a dark covered box and immediately call the Powell River Orphaned Wildlife Society (PROWLS). The 24/7 emergency phone line is 604.483.9787. Also, seriously consider using one of the various unobtrusive methods available to prevent collisions with windows listed on prowls.org.