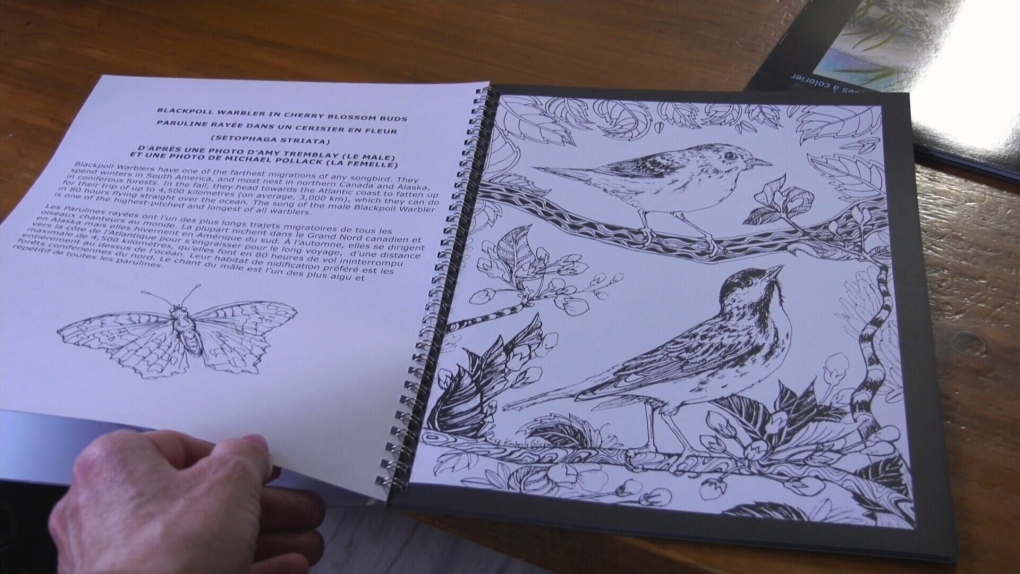 Which started as a pandemic relief project for Beaconsfield, Quebec. the artist has taken off.

Lisa Kimberly Glickman creates coloring books based on birds and donates profits to protect their habitats.

“I would say I’m a bird watcher,” Glickman told CTV News. “I like birds, I like knowing them.”

During the long months of confinement, Glickman came up with the idea of ​​making detailed drawings of birds and creating coloring books with them.

She has now produced two books in just two years, the first of which brought in $1,000 for the Protection des Oiseaux du Québec (BPQ).

Her second book is a tribute to waterfowl, with proceeds going to the McGill Bird Observatory (MBO) located on the wetlands near Arboreturm Morgan in Ste-Anne-de-Bellevue.

The coloring book has birding facts and places to write notes, plus coloring pages.

“It really requires you to be still and aware,” she said.

Glickman’s art will also be on display at Centennial Hall in Beaconsfield on Sunday, in the first in-person exhibition in years organized by the local artists’ association.