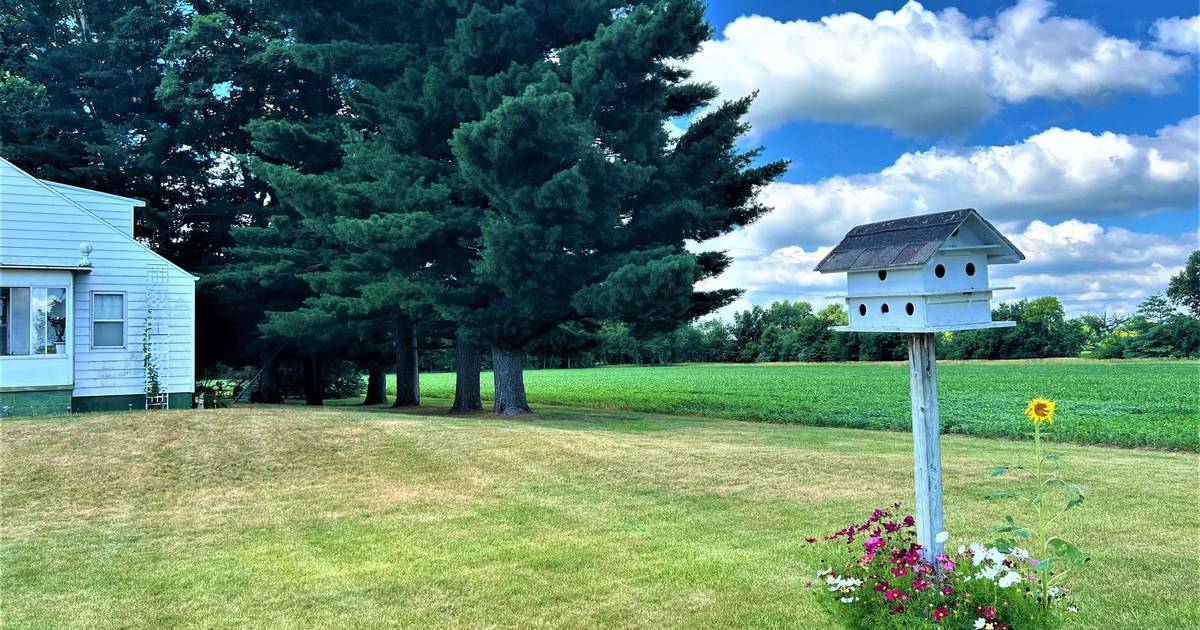 A few weeks ago, I overheard Jim Dedelow, manager of WJOB radio station in Hammond, discuss Purple Martins on his morning radio show.

He wondered if our area of ​​northwest Indiana still had many purple swallows, a favorite feathered friend and so named because of the brilliant sheen of the bird’s deep, dark feathers and its shine.

I wrote an earlier column in May 2016, informing readers of concerns over the demise of the Purple Martin population, and at the time my dad was busy cleaning up and resurrecting one of our largest Purple houses. Martin out of storage to mount her on a prominent pole for the front. farm yard.

Five years later, it appears that the population of Purple Martin is making, what appears to be, at least a slight comeback.

Growing up in the 1970s, it was an abundant bird species in our northwest Indiana. And since purple swallows are a common bird, they flock to our three-tiered purple swallow nest boxes that have been a part of my family’s backyard landscape for over half a century. My late Uncle Swede, who was married to Dad’s older sister, Aunt Lottie, for 55 years, built our miniature white wooden mansions which are mounted on tall carved posts.

These beautiful winged wonders, technically classed as a type of large swallow, are the hardworking friends of farmers as they live on an insect-based diet, feeding on pesky unwanted populations of everything from mosquitoes to ants.

However, the most recent studies from Purdue University and Indiana State reveal that mosquitoes only really compensate for about 2% of the diet of purple martins, which are mostly active eaters during the day. that is, when there are fewer mosquitoes compared to nightfall. .

During the 1980s, the increased use of insecticides along with a growing population of competing starling bird species are what decreased the presence of purple swallows. Starlings, like purple swallows, like to use the same nesting houses and will aggressively chase other birds. Purple martins migrate annually to the Amazon region of South America during winters.

These days I’m spotting fewer and fewer Purple Martin birdhouses in backyards, another reason for our area’s diminishing appeal. These nesting boxes require some degree of seasonal maintenance, including cleaning in the fall to remove the birds’ next layer of twigs, grass, rocks and leaves. Usually made of wood, nesting boxes must also be painted, often white, which helps attract birds to these nesting houses. Lately, I’ve seen new design variations of Purple Martin homes, including some built with dried, hollowed-out gourds that are neatly wired together.

My dad and Aunt Lottie’s older sister, Aunt Lilly, knew exactly what time of year to expect purple swallows to arrive in northwest Indiana in search of nesting scenery.

In the 1970s of my youth, the shelf stable brand of pudding called Snack Pack Pudding was packaged in little tins, which Aunt Lillie would save to reuse the tins, and they were the perfect size “caps” to plug the holes in our Purple Martin houses are a way to keep other birds away until the cans are removed just in time to welcome the precious purple inhabitants.

Executive Chef Joe Trama runs Trama Catering and has over three decades of history serving guests in the elegant ballroom at the Center for Visual and Performing Arts, 1040 Ridge Road in Munster. Chef Joe also picked up Jim Dedlow’s morning radio show and added to the discussion.

Chef Joe, CEC, is an American Culinary Federation Certified Chef. He began his career in 1972 in Stuart, Florida and later served as an adjunct professor of culinary arts at Ivy Tech Community College. Above all, he is a proud Italian son with a very young and dynamic mother who lives in the southwest suburbs of Chicago and who will soon celebrate his 97th birthday in September.

Earlier this month, Chef Joe made one of his famous meatloaves for his mother and also surprised me with an extra meatloaf to deliver to my own parents at the farm. His meatloaf is so delicious and flavorful, I persuaded him to share his recipe with me and the readers. Just like my late Grandmother Potempa used to do, Chef Joe soaks his breadcrumbs in milk when combining his ingredient, an age-old secret that ensures a fluffy result and the perfect texture consistency for the slicing.

Columnist Philip Potempa has published four cookbooks and is the Marketing Director of Theater at the Center. He can be reached at pmpotempa@comhs.org or send your questions: From the Farm, PO Box 68, San Pierre, IN 46374.

1. In a large bowl, soak the breadcrumbs with milk, add the eggs.

2. Preferably grind and drain vegetables, or chop and squeeze a paper towel to remove excess liquid.

3. Add all remaining ingredients to the mixing bowl and mix.

4. Shape the mixture into a loaf and place on a greased pan to bake at 350 degrees for 45-50 minutes until an internal temperature of 160 degrees. Let the meatloaf rest for 10 minutes before slicing.

12 books to accompany you until the end of summer