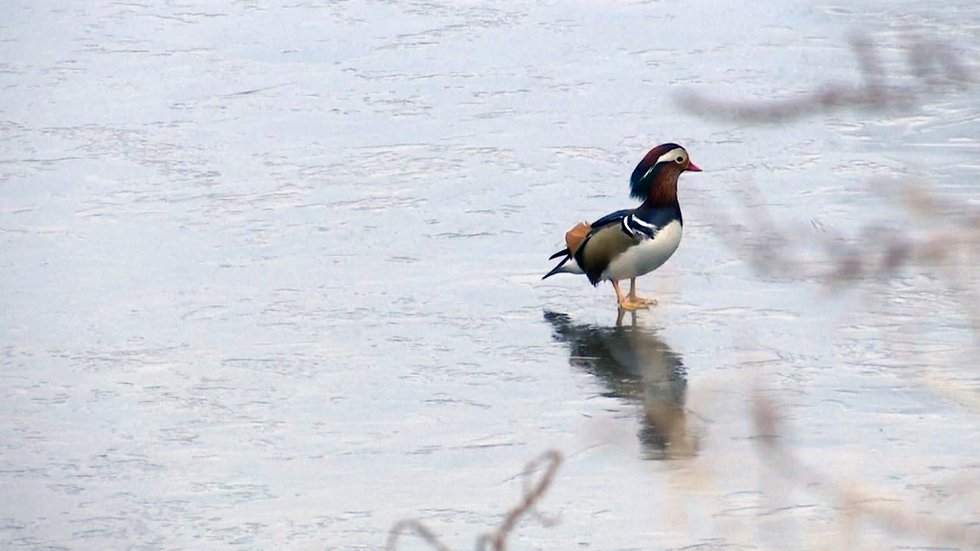 Rare and endangered Asian duck spotted in the US Midwest

TOPEKA, Kansas (WILX) – A bird native to China, Japan and parts of Russia has found its way to almost the exact center of the contiguous United States.

People spotted a Mandarin duck among the mallards at Washburn Park in Topeka, Kansas. It is not known how the duck got to Kansas. Some residents have speculated that he may have escaped from a zoo or someone who kept him as an exotic pet.

Video of the rare bird can be seen in the video player above.

The mandarin duck is on the red list of threatened species and has an estimated population of 65,000 ducks worldwide. During the 20th century, deforestation caused its population to drop to around 10,000 ducks, but that number has been recovering since the 1990s.

A storm caused the flight of more than 100 rare birds from a private bird sanctuary in Utah in October, including mandarin ducks. It is not known if the Kansas Mandarin Duck was among those that escaped.

It is not known if these rare sightings of ducks are related to the escape from the Utah Bird Sanctuary.

Subscribe to our Newsletter 10 and get the latest local news and weather delivered straight to your email every morning.

The most popular Instagram trends that kept us busy in 2021