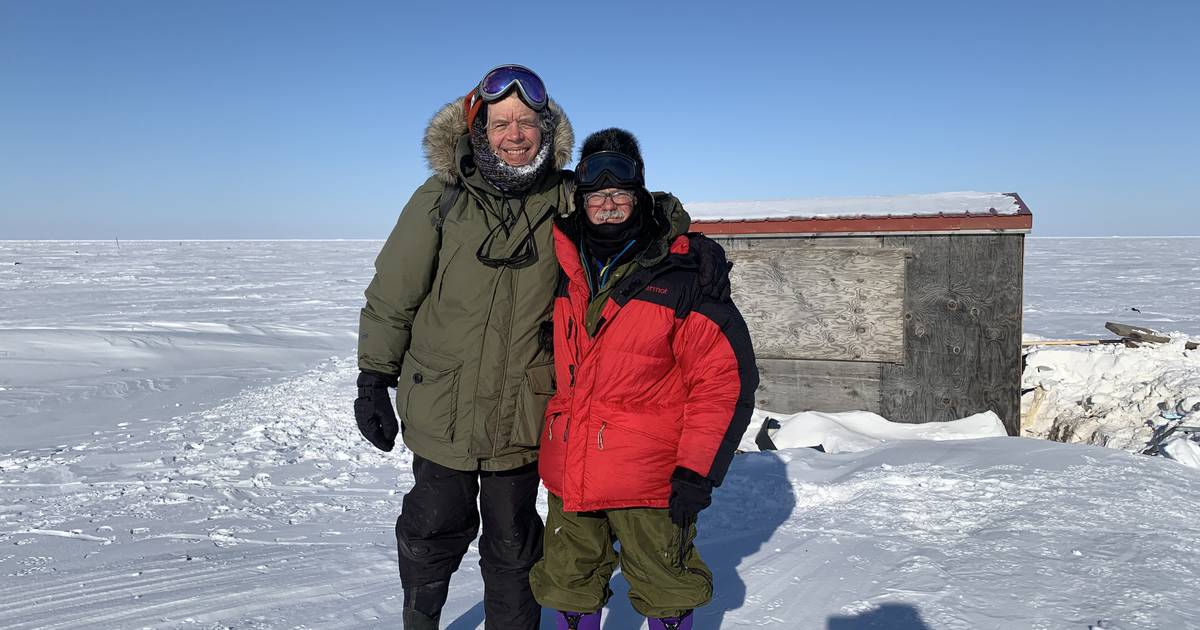 This June, George Divoky will refurbish a cabin on a remote gravel island in northern Alaska.

He was not planning a renovation this year. Over the winter, a polar bear tore through a plywood wall of the cabin Divoky moved to Cooper Island 20 years ago.

Cooper Island is a crescent of gravel in the Beaufort Sea, 25 miles east of Utqiaġvik, the northernmost settlement in the United States.

With lots of help from his friends, Divoky patched up the ransacked shelter last week. He is now set for his 48th consecutive summer on Cooper Island studying a bird that has become a symbol of a warming planet.

This bird is the black guillemot, an elegant ebony seabird that spends its entire life in the Arctic. Fifty years ago, Divoky was conducting a trans-Alaska pre-pipeline assessment of birds in the Beaufort Sea. The guillemots caught his eye.

Three years later, in 1975, Divoky installed birdhouses on Cooper Island, using wood left over from a US military exercise. With his birdhouses – which later evolved into polar bear-proof plastic cases – Divoky charted the downward trajectory of a bird that depends on sea ice.

In the 1980s, 225 pairs of black guillemots nested on Cooper Island. Last year, Divoky had 25 pairs.

“I had no idea for the first 15 years that this was a climate change study,” Divoky said recently from his home in Seattle.

Black guillemots prefer to feed their chicks Arctic cod, which live in cold waters at the edge of the pack ice. When sea ice was near Cooper Island during the summers of the 1970s, 1980s, and 1990s, parent birds were able to bring home rich, fat cod.

In recent years, the ice edge has been hundreds of miles from Cooper Island during the bird feeding season in August.

The parent birds now feed their chicks sculpins and other less abundant and less energy-dense fish than cod. Divoky saw nesting success crumble due to shrinking sea ice, just as he saw them succeed when ice liberated Cooper Island in the early 1970s.

He saw other changes. In his decades of June through August on the cold, foggy island, Divoky didn’t see many polar bears until one summer day in 2002.

“I was weighing chicks and I looked up and saw this bear walking past the tent that had the gun in it,” he said.

He encountered 16 polar bears that summer, one of which destroyed several mountaineering tents he was using as a camp. He then decided that he needed a more solid shelter.

A friend told him about a newly built 8 by 12 foot cabin for sale in Utqiaġvik. Local resident Barrow Brower transported the cabin to the island for Divoky, who has been using it ever since. It has reinforced its protection against polar bears with electric fences and motion detectors.

They cleaned up the mess the polar bear had left – “There was almost nothing functional that could be salvaged” – and got to work fixing the wall with new plywood.

“We were there for five hours and suddenly – boom – everything was fixed,” Divoky said.

Now back in Seattle, the energetic 76-year-old biologist orders a new stove and other necessities to stock his plywood hideaway on Cooper Island.

Although he sees irony in the destruction of a cabin that the bears had left unmolested for 20 years – “As the colony crumbles, now the infrastructure crumbles” – he is forced to return at Cooper Island and the project he started the summer after Richard Nixon resigned as US President.

“If I wasn’t in love with the Arctic and this colony, I wouldn’t have gone back,” he says.

A story I wrote about late 1800s U.S. Army explorer Henry Allen upset some Alaskan Natives. I had no intention of causing harm; Non-Natives like me can never truly understand the painful history of white intrusion into Alaska Native culture. But we can try to appreciate and learn from the past.