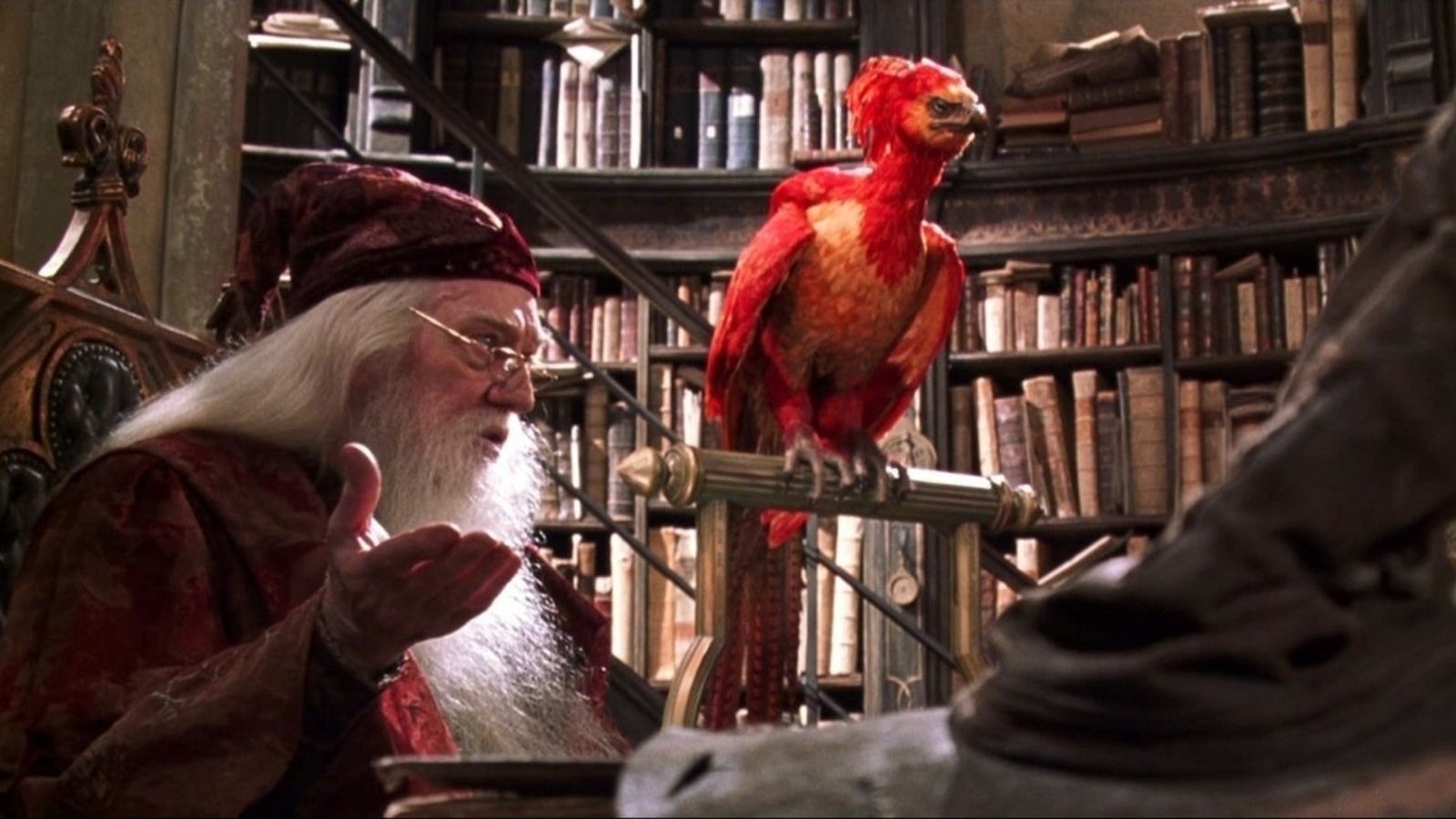 On “Harry Potter’s 20th Anniversary: â€‹â€‹Return to Hogwarts”, Chris Columbus and Daniel Radcliffe shared the story behind one of their biggest laughs while filming “Harry Potter and the Chamber of Secrets”.

In the scene, Harry visits Dumbledore’s office for the first time and watches the bird catch fire before learning more about the Phoenix from the Head of Hogwarts. The animatronic puppet was designed with such thoughtfulness and precision that Richard Harris was in absolute awe of it and believed it to be a real bird.

â€œYou and I had one of our biggest laughs with Richard Harrisâ€¦ we had an animatronic version of Fawkes the Phoenix, and it was that big red bird that doesn’t exist. Richard came in and looked at the Phoenix and said, ‘Wow, they train these animals wonderfully these days.’ “

â€œThey had a camera inside their eyes so they could see Richard looking at him, and then they were like, ‘Well, we don’t want to break the spell, so we’re just going to make sure that the bird reacts and moves. ‘”

Harris thought the bird was answering him, and the crew didn’t have the heart to tell him it was a mechanical puppet.

Richard Harris died shortly after the release of “Harry Potter and the Chamber of Secrets”. He was replaced by Michael Gambon, who took over the role of Dumbledore for the remainder of the series.

2021 Story # 1: County tries to get back to normal life amid pandemic | Local news