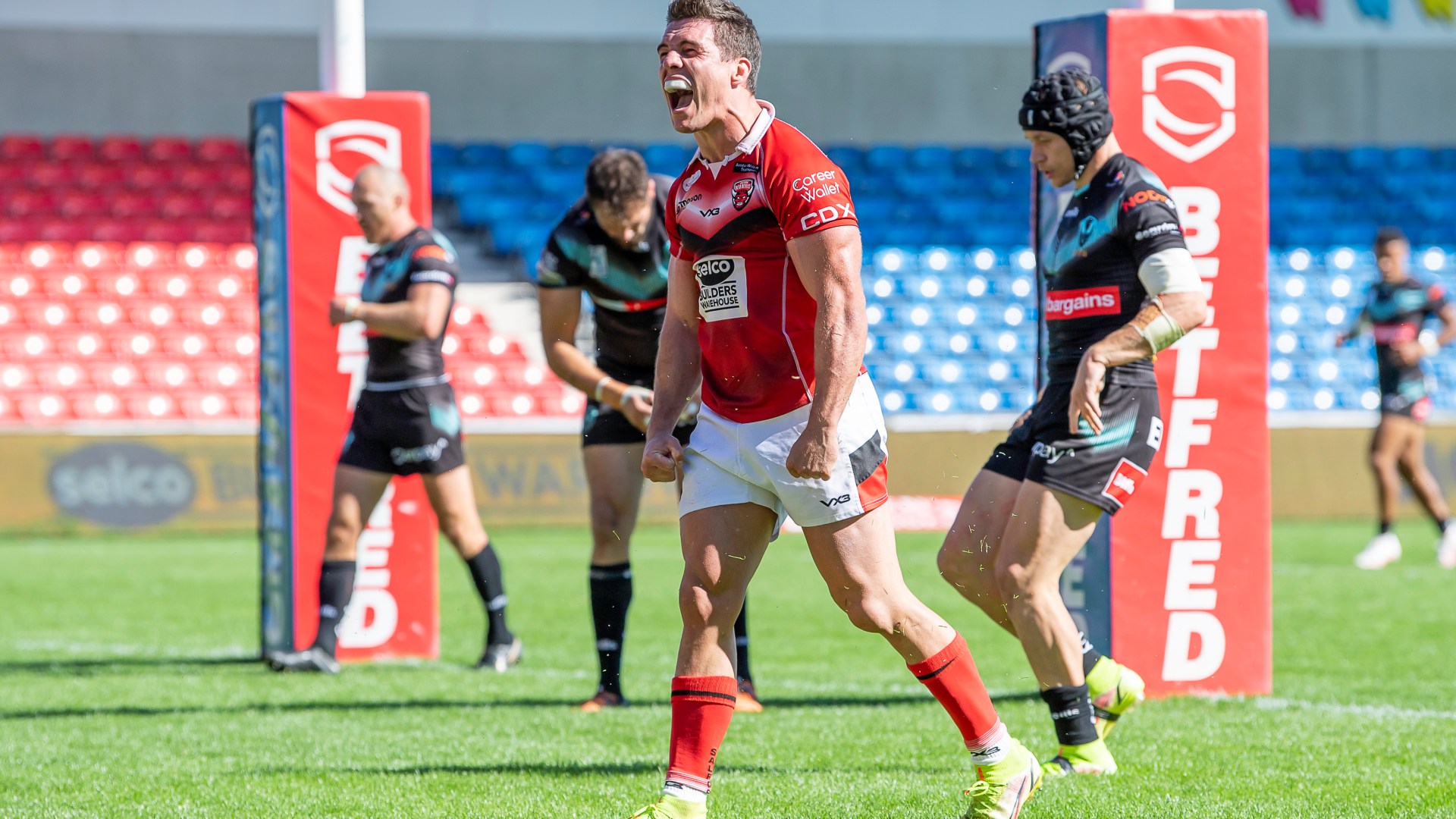 BRODIE Croft had braced himself for rugby league opponents to give him the bird – seeing Father John being knocked out by ostriches!

The Salford star left the players standing wondering where to look as he and the Red Devils dazzled their way to the play-offs.

But his upbringing on those against him began at a very young age, as he watched his father try to control birds while they lived on an ostrich farm in Queensland.

And there are more similarities than you might think.

Croft, who was there until the age of five, said: “They’re fast, they’re strong and they’re vicious – just like rugby league players.

“I would sit on a motorbike and watch. Looking back and seeing them take on Dad a few times, I guess that pushed me to show my tougher side.

“I saw them out dad but he’s a rough, tumble guy and he wiped it off like water off a duck’s back. If an ostrich caught him, he wouldn’t show it. I guess that’s where my tougher side comes from.

“Mom and dad are actually done and he had a few conversations with the boys as they asked him about the ostriches!

“He told them about rounding them up in a truck and tricks like putting a sock on your arm, catching the bird and putting it on them because they’re dangerous.”

The main thing for him, however, is to rediscover his love for the game he and his brothers played on a makeshift pitch on their home turf.

And while he is a hero at Salford, the relative anonymity he and his English wife Safina, who is from Cambridge and has family just up the M62 in Leeds, enjoy is enormous.

It takes him back to when he wowed Melbourne Storm but could still walk down the street unnoticed, which certainly didn’t happen while he was at the Brisbane Broncos.

Croft, 24, added before he hoped to take Paul Rowley’s men to a Grand Final game by beating Huddersfield: “It helps to some extent.

“It reminds me a bit of when I lived in Melbourne for four years. Although the Storm are a successful rugby league team, it is an AFL dominated city, just like Manchester and football.

“Before coming here, you could say that I had fallen in love with rugby league a bit. There were dark and difficult times. It was frustration more than anything not being able to produce what I knew to be able.

“I had a year left in Brisbane and they didn’t fire me. I sat down with coach Kevin Walters and he said, ‘We’re more than happy you’re staying here and trying to get the ball rolling again. things,” but I felt I needed a fresh start.

“The way you play on the pitch often mirrors the way you are off the pitch. I settled in early which helps.

“One of the reasons we came was that we knew Saf’s family was here and the stars were kind of aligned.

“She’s settled up north but still misses Cambridge, it’s sunnier there – and she really wants our eldest, who only says a few words, to have an English accent!”