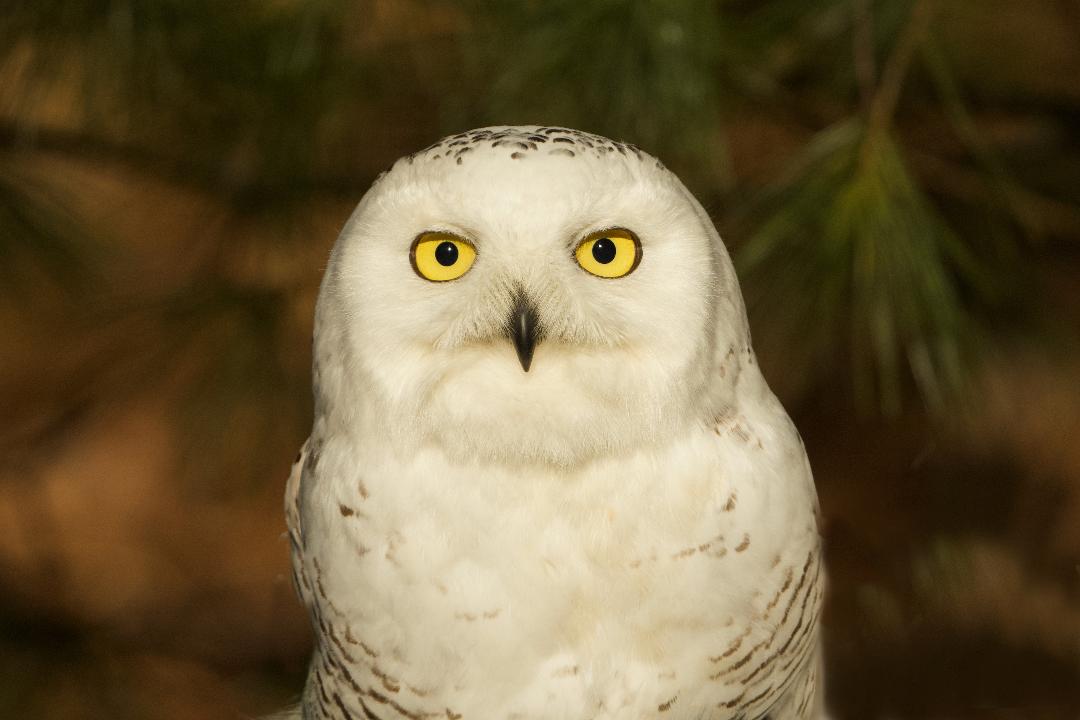 A snowy owl that was hit by a car in Stratford late last year will never fly again, but the radiant white raptor is a natural star and the newest ‘ambassador bird’ for a rehabilitation center and of education.

Otsi, from a Native American word for White Ghost, suffered serious head and wing injuries when he was found struggling on the road in December and brought to A Place Called Hope in Killingworth. Born only last year, the young owl has recovered but part of his right wing had to be amputated so he has found a forever home, said center director Christine Cummings.

“Our hearts break for his loss of freedom,” the center recently posted on Facebook, “but our hearts rejoice as he adjusts and adapts to his new captive role as a teacher.”

Typically in Connecticut and other points south of their arctic homes, snowy owls are seen along the shoreline, in airports, or on flat-roofed buildings, treeless areas that remind them of their natural habitat. Every time they are spotted, mobs with cameras descend on the place, which is not good for the birds,

Many migratory owls are still learning to hunt and conserve energy in cold weather, according to the state Department of Energy and Environmental Protection. When people get too close, owls can fly and deplete already low energy reserves. Also, people who get too close can scare away rodents and other prey.

“While a single incident may not have lasting impacts, it is possible to love ‘snowy ones’ to death,” DEEP said in a press release. “The cumulative impact of prolonged or repeated stress can weaken the bird enough that it cannot survive the winter.”

According to the latest estimates, there are less than 100,000 snowy owls left in the world, with around 28,000 or fewer breeding pairs. Southward migrations typically happen when lemmings, the owls’ main food source, aren’t as plentiful in the Far North, according to Beardsley Zoo director Gregg Dancho.

Besides rodents, snowy owls also eat ducks and seabirds. Males, which are often all white, are smaller than females with a wingspan of up to five feet.

Otsi will be trained to stand on a person’s gloved hand and will be part of the center’s educational program, Cummings said. The birds are known to live nearly 30 years in captivity, so he will be a lifelong teacher, she said.

Cummings noted that arctic owls, which she called “intensely beautiful,” have become even more popular since the Harry Potter movies introduced a snowy girl named Hedwig.