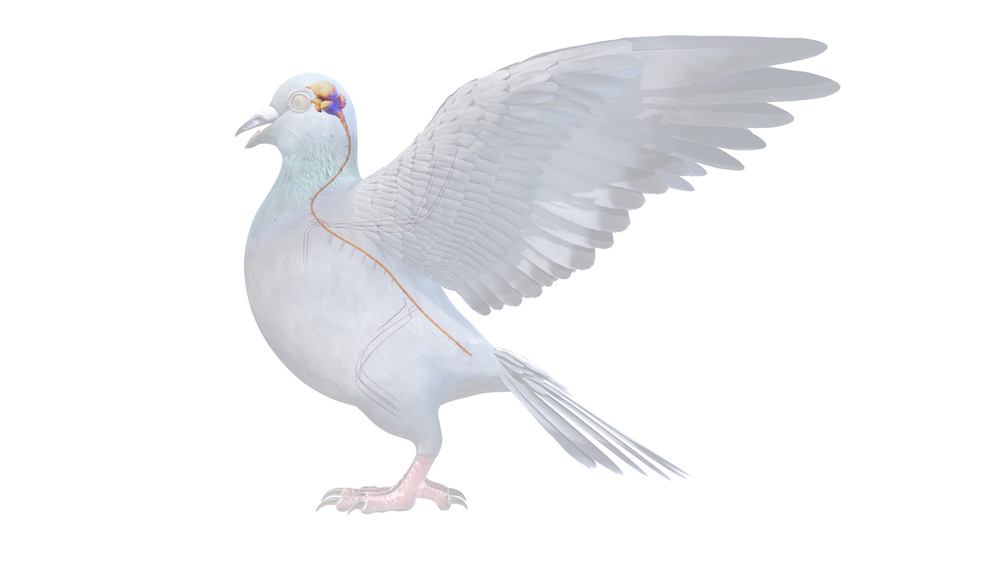 Chickens are generally not considered the most intelligent animals. The whole premise of Chicken coop hinges on the juxtaposition of their alleged lack of intelligence and their increasingly insane plans to escape the chicken coop. It’s unclear where the idea that chickens and other birds aren’t intelligent comes from – our money is on a concerted propaganda war waged by Big Chicken – but evidence is mounting that it isn’t. true.

Bird cognition has long been synonymous with lack of intelligence. The term “bird-brained” has been used as a slur since at least 1910, with the earlier “bird-spirited” version dating back to at least the 1600s. The origin of the term as a slur is not unclear, but we recognize it as a pejorative that relies on the relatively small brains of birds. It turns out, however, that we may have to pull this particular replica.

Many birds, corvids and parrots in particular, are capable of a high level of cognition that rivals some primates. Some birds are able to learn and remember faces. They can distinguish between different colors, shapes and certain words. Some birds are even able to solve complex puzzles. Today, new research by scientists from Ruhr University, together with colleagues from Cologne University Hospital and the Max Planck Institute for Metabolism Research, has revealed that the brains of birds is special in many ways. Their findings were published in the journal Current biology.

As mentioned earlier, research over the past few decades has revealed that birds are smarter than we once believed – some even use their intelligence to trick their mates, but who are we to judge? This was particularly surprising because they exhibit complex cognition while having smaller brains than such adept mammals. A study published in 2016 solved this mystery by finding that some birds have twice as many neurons as primate brains of similar mass. While this answered some questions, it opened up new ones that the Ruhr University team set out to answer.

Neurons are not energetically cheap. The human brain uses about 20% of the body’s total energy budget despite only making up about 2% of the mass. Given their high energy costs and the high density of neurons in the birds’ brains, researchers wondered how they managed to pack up such an impressive cognitive punch without running out of fuel.

To find out, scientists imaged the brains of pigeons and created models to calculate how much glucose they were consuming. Surprisingly, they found that the neurons in a bird’s brain use about a third of the energy of their mammalian counterparts, pound for pound. It’s as if the birds stumbled upon the brain store when they had a particularly good sale and decided to take advantage of the cost savings and buy brains in bulk.

Part of the energy savings could come from the difference in the relative size of their neurons, but the scientists noted that this was not enough to explain the total cost disparity. Other contributing factors could include a bird’s specific brain layout and relatively high body temperature. The pigeon’s body temperature is around 105 degrees Fahrenheit or 40 degrees Celsius at rest. This higher temperature, compared to mammals, could contribute to the energy efficiency of the brain.

These findings could change our understanding of the evolution of brain size and intelligence. We previously thought that the energy budget of neurons was more or less static. As such, it imposes a sort of upper limit on the number of neurons an organism can support. Each additional neuron has a cost that must be paid by the organism as a whole. Any increase in the number of neurons can only be supported if it results in enough additional intelligence to bear the higher energy cost. Otherwise, the animal will starve. An animal could literally be too smart to live.

The composition of bird brains offers an alternative. This shows that energy costs are not necessarily static and that you can accumulate more neurons not by making the brain bigger, but by making them more efficient. If our brains were as efficient as a bird, we would be able to pack twice as many neurons at a fraction of the cost. Turns out the “bird’s brain” might actually be a compliment.