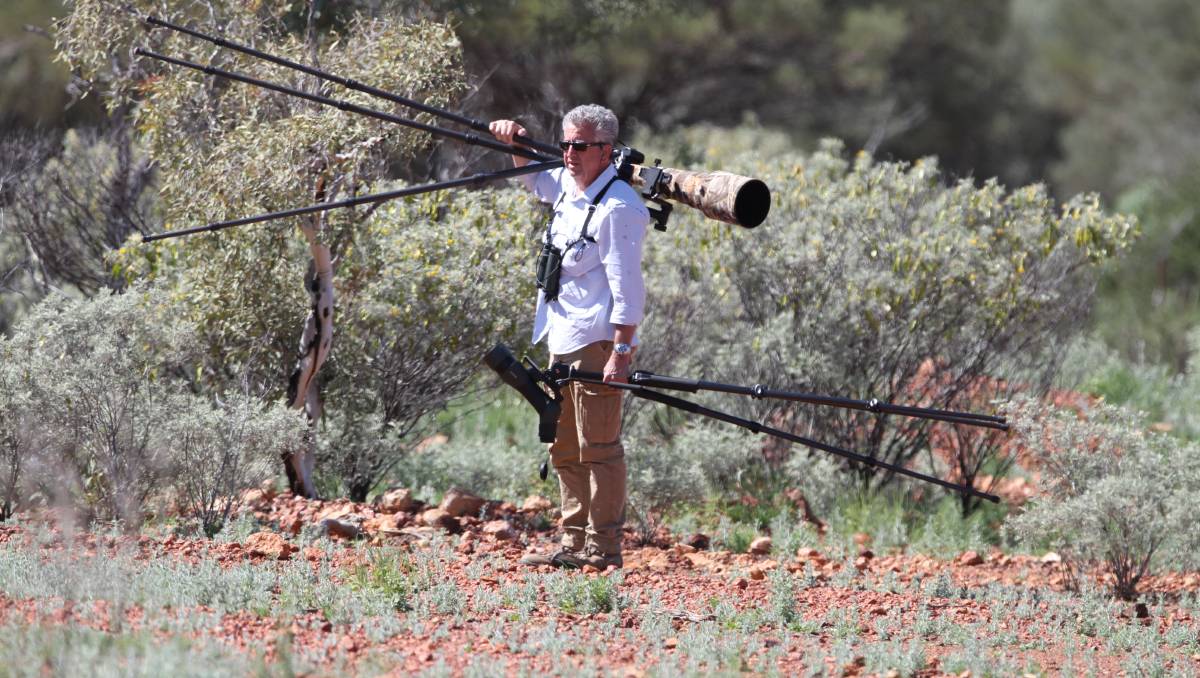 The life of design and passions of William Zuccon, from birds to cars | Hunter Valley News

He could have missed the small advertisement in the advertising section of The Sydney Morning Herald but luckily he caught the eye of William Zuccon.

The ad asked for someone with a “sense of humour” and William, who was then a sophomore at the University of Sydney, decided to apply.

“Before I knew it, I was working for this guy named Espie Dods,” he explains. “It was 1981 and I didn’t realize it was going to define the direction of my entire career.”

Four decades later, William works from his office in Paddington, Sydney and is often on the road north to meet with clients.

Here he gives us a rare insight into how he started his career, his passion for vintage cars and the lengths he will go to see a Gray Hawk.

Did you grow up in the countryside or did you have rural influences in the beginning?

I wish I could say I was born and raised in the bush, but alas, I’m a city boy through and through. However, my father was an avid outdoorsman and the early trips to the countryside in Tasmania (I was born in Hobart) may have sown the seeds of my lasting love of the bush. During these formative years, I inevitably developed a passion for the natural world, be it fossils and minerals, astronomy and the stars, wildlife of all kinds (and especially birds), and this has continued throughout my life.

Why did you decide to be an architect?

I was always interested in design, in the very early years this showed in my passion for what are now considered classic sports cars. I marveled at the heroic “dream car” designs of those years and designed several of my own. It was probably the catalyst that got me thinking about design in general and over time steered me towards architecture. More than any other pursuit I could think of, it embodied the natural world and design disciplines with some math and science thrown in for good measure.

What was a pivotal moment in your career?

At the start of my second year of architecture at the University of Sydney, I thought it would be a good idea to earn some pocket money by trying to get work at an architecture firm. It was far from the norm in this college at the time and I was perhaps one of the few to do so. I responded to an SMH ad looking for a designer with, among other things, a sense of humor.

Before I knew it, I was working for this guy named Espie Dods. It was 1981 and I hadn’t realized that this would give direction to my whole career. After a very busy few years, during which I graduated, Espie and I established Dods and Zuccon Architects in 1989 – the firm that endured all those years and became mine. I really owe this wonderful man a lot.

You have worked extensively in the Hunter region over the years. How did it happen?

One of the wonderful things about our clientele was that many were from the countryside. Well, that was fine with me, and I accepted those orders with relish. It was through a number of these projects that I discovered and loved the Upper Hunter. The rare, if not unique, confluence of established rural families, viticulture, and the mining and equine industries has created an eclectic mix of people and projects that has helped sustain the practice over a long period of time. Along with wonderful opportunities to build new homes and renovate others, the non-residential commissions have been invigorating.

Scone’s popular restaurant, The Cottage, was one such non-residential project. Tell us about this memoir.

A few years ago we were approached to repurpose what was originally a single dwelling on the main street of Scone to create a restaurant. At the heart of the case was that dining out should be unpretentious and akin to dining at a friend’s country house. It was certainly a new and challenging project on many fronts. The building was tired and in places dilapidated.

It was in no way up to today’s codes and standards, had no kitchen, no parking, insufficient in just about everything. We recognized the opportunity to help provide Scone with a sustainable, high quality establishment and supported by our wonderful client at all times through a long and demanding process, we have delivered a sparkling redeveloped building which houses The Cottage restaurant .

And of course, our own Bobadil gallery in Murrurundi is another important local order.

When Michael Reid first approached me to design a “big shed”, I have to say that I wasn’t sure what it would equate to as a gallery. However, it only took one visit to Bobadil to “get it”. Michael’s location for the new building was inspired – sitting across from the stunningly beautiful existing stone gallery – and nestled in an intimate forest. It was going to be fun.

Positioned in the axis of the existing sandstone gallery building, the new gallery creates a courtyard between the two buildings. The courtyards thus formed are made “for free” and often create wonderful outdoor spaces. The presence and scale of the existing gallery dictated an equally strong new partner.

Rather than relying on masonry, Michael was keen to introduce a new volume based on clean-lined corrugated iron – one that smelled of rural shed. With these ideas underlying the brief, we set out to design a sturdy yet sophisticated “shed” that spoke to its neighbor across the yard with its own pure geometry and central opening. On the other side of the gallery and on the central axis, doors lead to a raised platform which floats above the ground cover and sinks into the forest. An exterior staircase provides access to a full-footprint roof terrace – a wonderful bonus space for exhibits, entertainment and simply admiring the surroundings from a unique vantage point.

Besides design, you have several other passions: collecting cars and birdwatching.

Yes, I recently took a 3.5 week trip to Far North Queensland with my son Xavier during which we found and identified 221 species of birds (just over a quarter of the birds found in Australia) . Gray hawks were one of 22 diurnal (diurnal) Australian raptor species found, just two less than the total number of species here – a record for us. A great father-son adventure during which we have, among other things, reached the tip of Australia and criss-crossed Queensland for 11,300 kilometres.

When did your interest in cars start?

Ever since I can remember, I’ve been interested in automotive design, especially sports cars. I have no idea where this interest came from, but I am aware of having sat in a Lamborghini Miura in Newcastle when I was very young. As a child, I often drew imaginary sports cars, and while there was nothing unusual about it, my drawings showed the cars in technical elevation and plan. It makes me think I was destined to end up somewhere in the design world.

Although I didn’t pursue automotive design (which would have meant studying and/or working abroad – not for me!), I maintained my passion for what have now become classic cars. This enduring interest resulted over the years in a modest accumulation of eclectic sports cars, almost all of which, I realized several years later, were contained in a local magazine Sports Car World which I bought when I was 9 years old. I still have this very chipped problem somewhere among thousands of magazines.

What was your first sports car?

A Lancia Montecarlo – a beautiful two-seater with a 2-litre mid-engine purchased in 1986. It was designed by the Italian styling house Pininfarina – renowned in the automotive design world. My ‘Monte’ was personally imported to Australia by a certain Rupert Murdoch and still takes up space in my garage. Unfortunately, as my interest in sports cars is mainly design, they tend to sit still and are either unstartable or quickly break down.

Obviously, you love the country and working there has given you many benefits.

Yes, undertaking commissions around the country has allowed me to pursue my passion for bird watching – especially our eagles, hawks and hawks. No trip is well prepared without a pair of binoculars and lots of photographic equipment. The trick then is to arrive on time for a meeting leaving early enough to allow for the likely bird sightings on that particular trip.

For more information on the architectural practice of Dods and Zuccon, visit dodsandzuccon.com

This article first appeared in the Murrurundi Argus, published by Michael Reid. The Argus was born out of a desire to share the expansive tales and fables of those who live in the Upper Hunter region of New South Wales and beyond. www.michaelreidmurrurundi.com.au