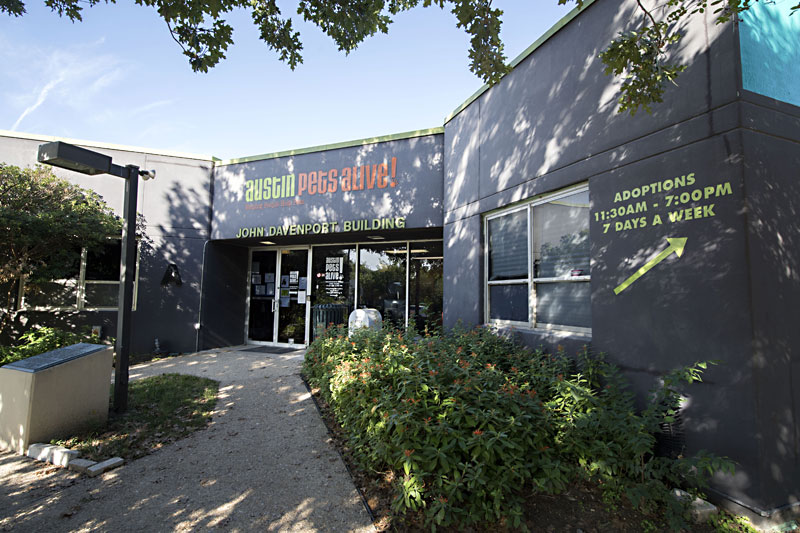 Town, Austin Pets Alive! Get back on the No-Kill path: the resolution moves APA !, the city gets closer to a compromise on shelters – News

that of the city Austin Animal Center and the association Austin animals alive! may be able to mend their frayed relationship after all, as city council told staff last week to reconcile with AAC’s most important No-Kill partner. The resolution, presented by the Council member leslie pool and adopted by a 9-0 vote on November 4, gives hope to break the deadlock between the two parties as they tried to negotiate a new contract allowing the APA! to continue to operate the City lake animal center downtown facility. “This is not a done deal,” warned Ellen jefferson, President and CEO of APA! “But we are very optimistic and we are very grateful to the Council for providing such strong leadership.”

The current stalemate dates back to 2017, when the Council asked the AAC to develop an agreement that would allow the APA! to use the TLAC site on Cesar Chavez for a period of 75 years. According to Jefferson, this certainty is necessary for APA! before investing in the necessary improvements to the crumbling building, which was the city’s main shelter before building the AAC facility in southeast Austin, and which animal welfare advocates and volunteers have constantly pushed to keep open.

In recent weeks, Jefferson and APA! began to sound the alarm that the nonprofit and the city were heading for a breakup. Among the stumbling blocks: AAC would not agree to leave APA! to welcome animals beyond the five-county Austin metropolitan area, which Jefferson says is critical to the group’s mission of making Austin a national leader in no-assassination policies. Critics say the practice interferes with adoption of viable animals from the central Texas area, which is the AAC’s stated goal.

Pool’s resolution asks staff to work with APA! to determine a baseline for its animal consumption, corresponding to the value of the land use rights for the TLAC property, much of which is in the floodplain of Lady Bird Lake.

Jefferson said the resolution settles the geographic dispute and will allow APA! to bring in animals from outside central Texas, but a final agreement on the number of APA animals! will take remains uncertain and must be resolved before the TLAC contract can be renewed. She said it could take several more months, and she expects a short-term contract extension beyond its current November 23 expiration date to be approved.

â€œAPA’s mission! Is No-Kill,â€ Pool said of setting out the resolution, to which 2,027 Austinites signed up, while only 54 expressed disapproval. “It is not and never has been to provide an overflow space for the city.” With her resolution, Pool said she hopes the two partners will come to an agreement that will enable APA! fulfill this mission while helping the city achieve its goals.

A version of this article appeared in print on November 12, 2021 with the title: City, APA! Get back on the No-Kill path

Iowa recording studio inducted into the Hall of Fame