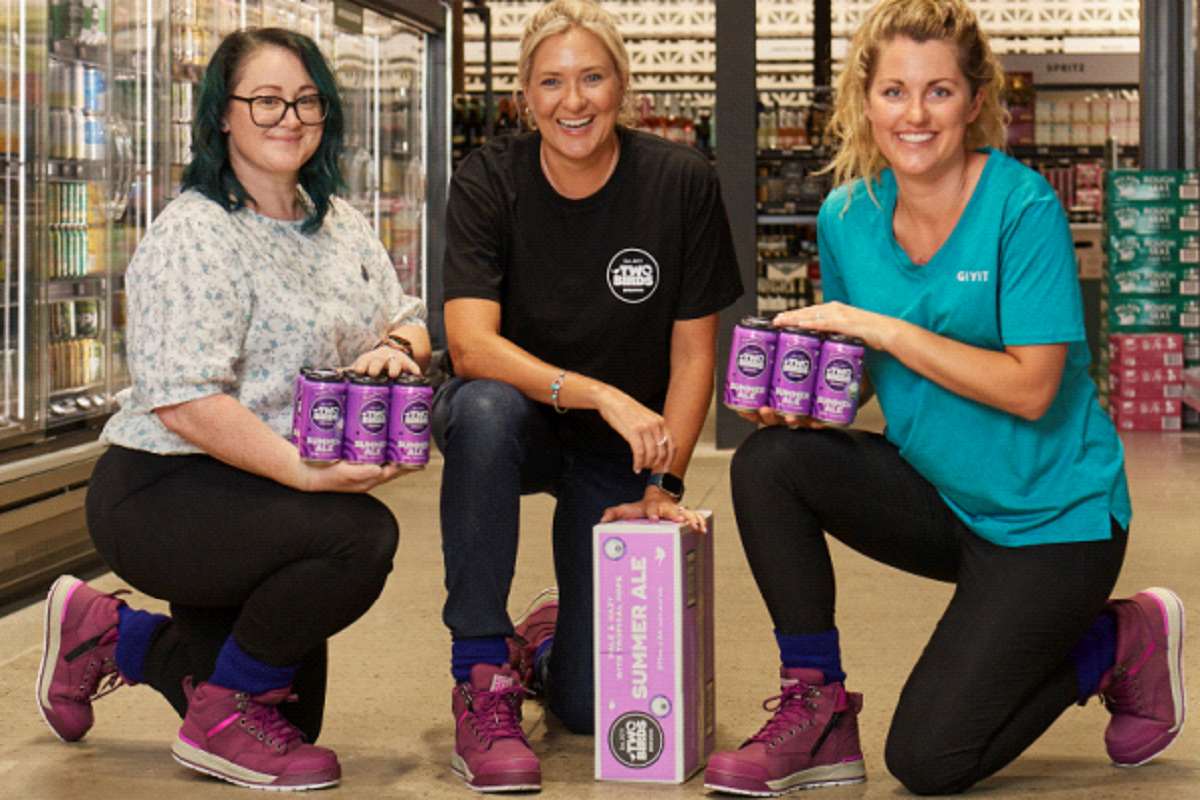 Alongside their annual release of Warrior Woman beer, Two Birds Brewing has partnered with Dan Murphy’s to help disadvantaged women re-enter the workforce ahead of International Women’s Day on March 8.

The initiative will see all proceeds from the sale of Two Birds’ Summer Ale at the national retailer from February 24 to March 9 go to GIVIT – a non-profit donation platform that works with more than 4,300 supporting organizations across Australia.

Literally giving women in need a foot in the door, the money raised will go to those who cannot afford to buy their own boots but are working or seeking employment in industries that require them as a safety standard. .

The charity campaign will complement the fourth release of Two Birds’ Warrior Woman – a beer brewed annually to celebrate International Women’s Day. After releasing an IPA, XPA, and Juicy Pale for previous iterations, this year’s Warrior Woman will be a Mango and Pineapple Hazy Pale hitting more than 150 venues and bottle stores across the country. Also behind the scenes is a huge IWD event at Two Birds’ “The Nest” Spotswood Brewery on March 6th.

Having established Australia’s first female-owned brewery 11 years ago, Two Birds’ Jayne Lewis and Danielle Allen are delighted to support such an inspiring initiative.

Jayne said: “This really demonstrates craft beer’s ability to lead the way for equality when it comes to supporting and advocating for women’s work.

“We love that our Summer Ale can help a person on their path to employment and hopefully a career by doing something they believe in and aren’t afraid to embrace. It’s really important to us.

Danielle (pictured above middle with Stacey Tamaki, left, and Sarah Vissner) added, “We are very excited to be able to include a new element to our IWD campaign this year. Our amazing partners Dan’s are already doing great work with GIVIT, and the opportunity to be involved with this foundation to make a real difference this IWD is truly humbling.”

Stacey Tamaki, Dan Murphy Store Manager and WA GIVIT Champion, said, “We are thrilled to partner with Two Birds Brewing and GIVIT to raise funds for women in need on this International Women’s Day.

“Dan Murphy’s is strongly committed to an inclusive workplace that embraces and promotes diversity, and International Women’s Day is a day for us to celebrate how far we’ve come while recognizing that we still have work to do. »

Dan Murphy customers can also visit their local store to donate to GIVIT and the Two Birds cause at any checkout.

Grocer Earth Fare commits to improving the treatment of chickens