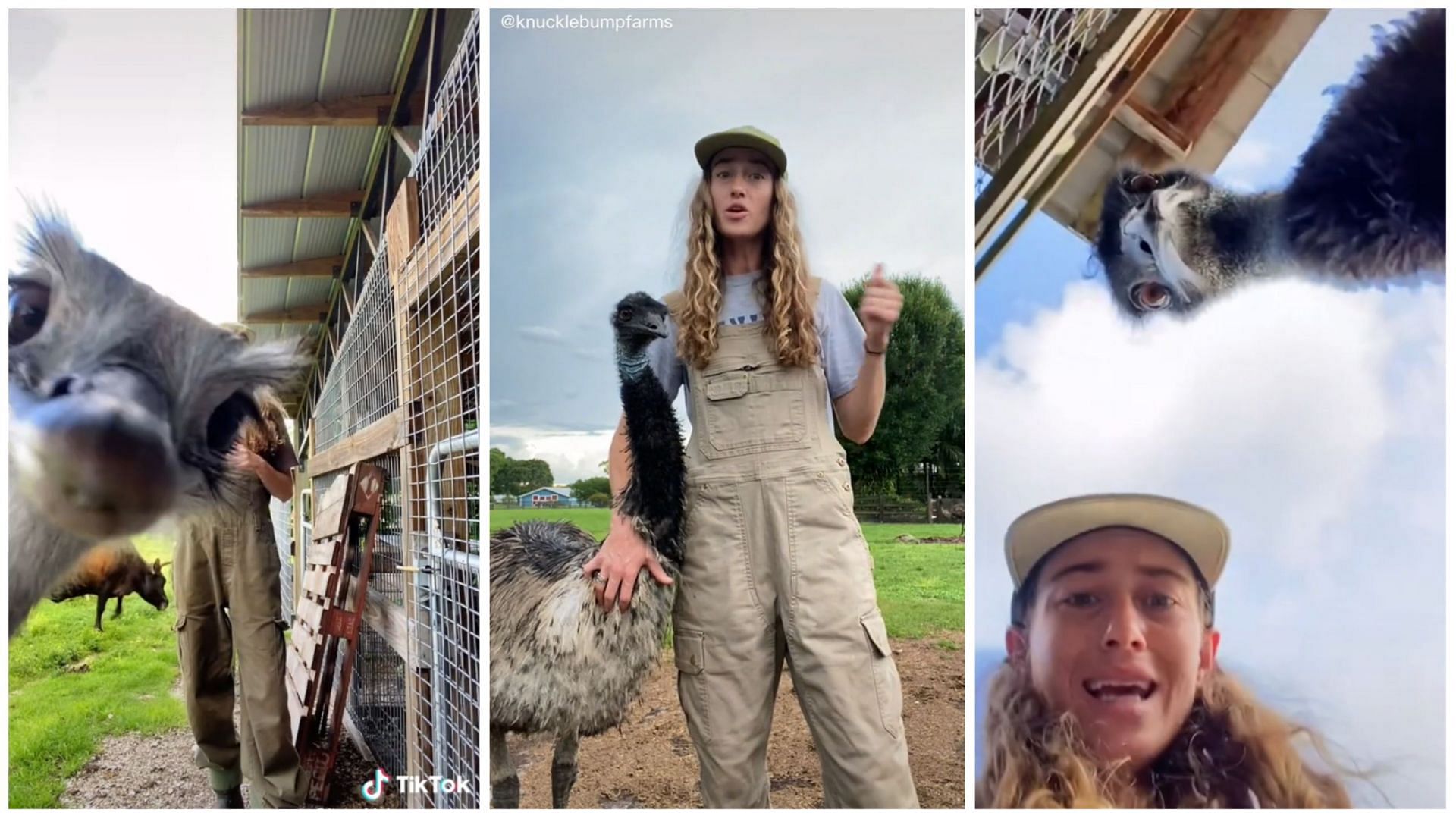 Who is Emmanuel the Emu? Bird goes viral on TikTok for constantly disrupting owner’s videos

Emmanuel, the emu from a South Florida farm, is gaining fans for his antics on TikTok. The bird is seen disturbing Taylor Blake, a farm worker, whenever she tries to create an informational video for the platform.

Internet users have a blast watching Emmanuel’s funny videos and his hilarious back and forth with Blake. Her most recent video on the platform gained over 14.7,000 likes.

The bird lives with many other animals on Knuckle Bump farms. Taylor Blake is a content creator who works on the farm and creates, or better said, “tries to create”, informative videos about farm animals.

However, most of the time Blake starts filming her video, she is interrupted by the bird, who seems extremely curious about her video recording device.

Blake tries to stop Emmanuel and asks him to stop by shouting or commanding “No, Emmanuel, stop”, but the bird seems unaffected most of the time. He enters the frame, looks amusedly at the camera and pricks it with his beak to make it fall to the ground. He often admires his work and stares at the fallen camera, which continues to record the bird’s expression.

Emmanuel heard about the love he receives on Twitter and had to flex very quickly 🥵 https://t.co/uKmkezxPT4

Emmanuel has built a large following online, who visit Blake’s account to watch his antics.

Emmanuel isn’t the only farm animal who likes to upset Blake and his TikTok videos. Princess the deer also likes to photobomb videos, and she likes to bite and nibble on Blake’s arms. Then there are Emmanuel’s sisters, Ellen and Regina, who also like to smack the camera with their beaks. However, they are more receptive to commands compared to Emmanuel.

The mischievous bunch has garnered over 679,000 followers for @knucklebumpfarms on TikTok.

Here’s what viewers have to say about the troupe:

Learn about emus and their habits

Emus are flightless birds native to Australia and are also the second largest living bird in the world. Coming after the ostrich, the flightless racers are over 1.5 meters (5 feet) tall and can weigh over 45 kg (100 pounds).

These birds are the only living member of the family Dromaiidae of the order Casuariiformes, which also includes the cassowaries. The majestic creature is usually brown in color with a dark gray head and neck. They can go very fast with their feet, rushing at almost 50 km (30 miles) per hour.

The birds have large three-toed feet and use them to kick attackers or predators.

Read also
The story continues below

Emus mate for life, and their eggs are typically 13 cm (5 inches) long, with a dark green exterior. Their eggs must be incubated in a nest on the ground for nearly 60 days to hatch.

In wildlife, these birds travel hundreds of miles to find food and water, so their bodies have a mechanism to store large amounts of fat for this daily chore.

Much of their diet consists of seeds, fruits, flowers and young shoots. They also have insects and small vertebrates when readily available.

Virgin River season 4 theory: Lizzie and Ricky split as she moves on with newcomer | Television & Radio | Showbiz and television